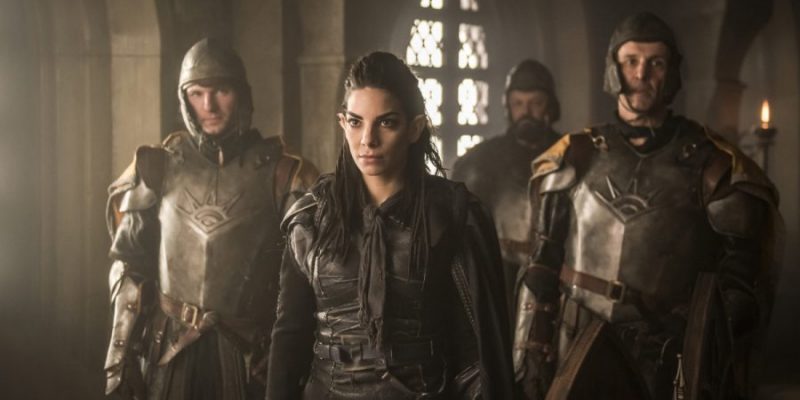 Some very interesting little twists and turns in this week’s episode of “The Outpost,” eh? There are questions that need to be answered and relationships that may be fracturing or simply starting to form. I liked this episode a lot because it felt as though some new stories are being set in motion. And who doesn’t like that?

But before we head on into a look at the episode, titled “Regarding the Matter of Garret Spears,” it’s incumbent upon me to mention the word SPOILERS right here. That’s right, there are SPOILERS coming up so if you wish to avoid SPOILERS, “Stop, in the name of love, before you go forth.” If you’re good, then let’s proceed.

First and foremost, what’s the game going on with Garret Spears? There are a ton of questions as we see Garret, by the end of the episode, pledging his fealty to The Three. The trek to that moment started with a boys-night-out chat between Dred and Garret in the dungeon (good to see the lads having special time together). Dred’s story that Gwynn is the false queen is apparently confirmed when Garret, later in the hospital, rips open a plaster wall to reveal a fresco of the former royal family – and yes, the daughter has a misshapen face due, said Dred, to a horse’s kick. 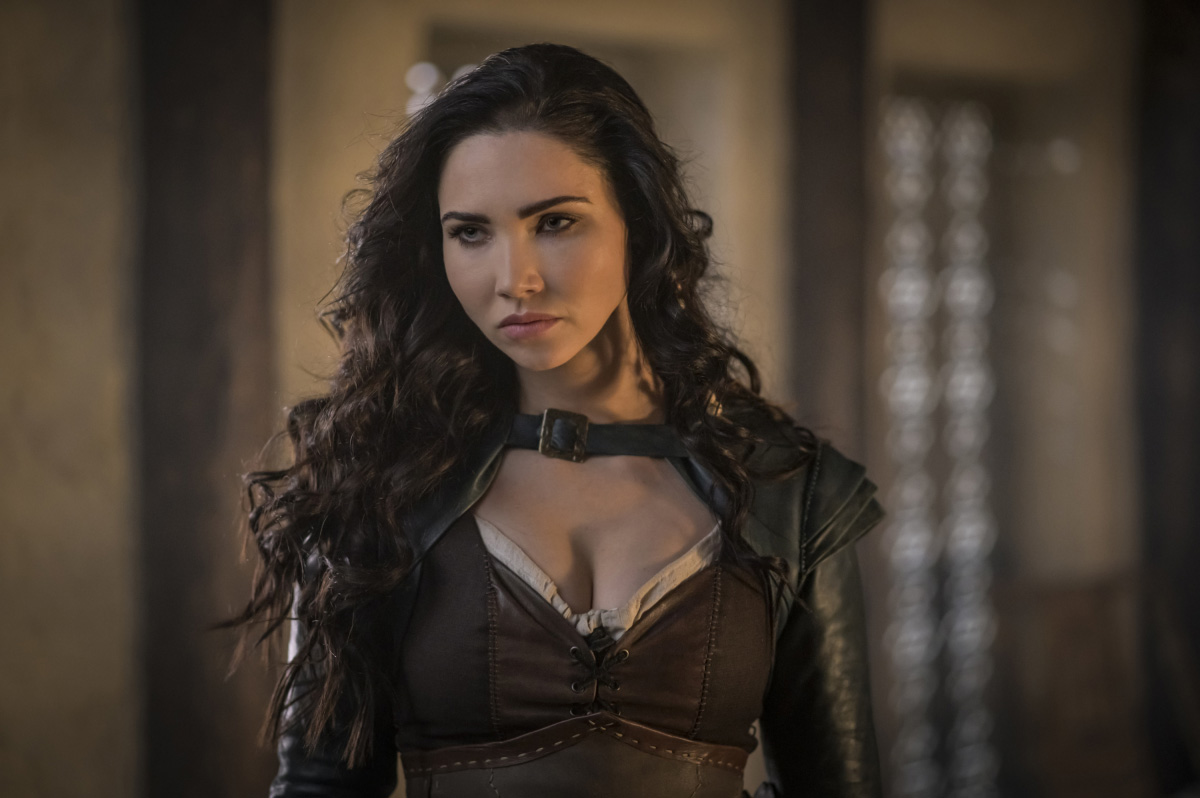 Ah, but there’s more to it than that, isn’t there. Dred apparently struck a deal with Healer and Tormentor to tell Spears “what they wanted,” and in exchange he gets larger accommodations in the dungeon. So, the game is afoot…again.

But who’s playing who in this little charade? Spears demands a copy of the letter that Gwynn sent telling his captors that she’s already got a new commander, thereby sealing Garret’s struggles with who and what she may truly be. From there, a little healing, a little snogging with the Healer, and suddenly Garret is a new man. But is he? Again, it feels as though there are multiple games being played here. The Three, The Healer, our delightfully fun Tormentor, and Garret seem to have fallen into a tangled web and I’m curious to discover who can play the game the longest.

I’m not buying the Garret-as-convert theory. Garret is a smart, savvy, intuitive soldier who has risen quickly via those qualities, as well as his bravery and skill in battle. I firmly believe he’s on to the game and now playing one of his own. The question in my mind is how long does the game go on and what will be the endgame? Will the Healer legitimately fall for our handsome captain (Jake Stormoen, do you work out a lot, dude?) or is she still working the manipulating game?

Is Garret truly turned and believes that “false queen” theory and will now serve The Three? And the Tormentor, will he still get to punch, kick and gauge his way through the dungeon? And Dred, mark my words, we have not seen the last of his machinations. 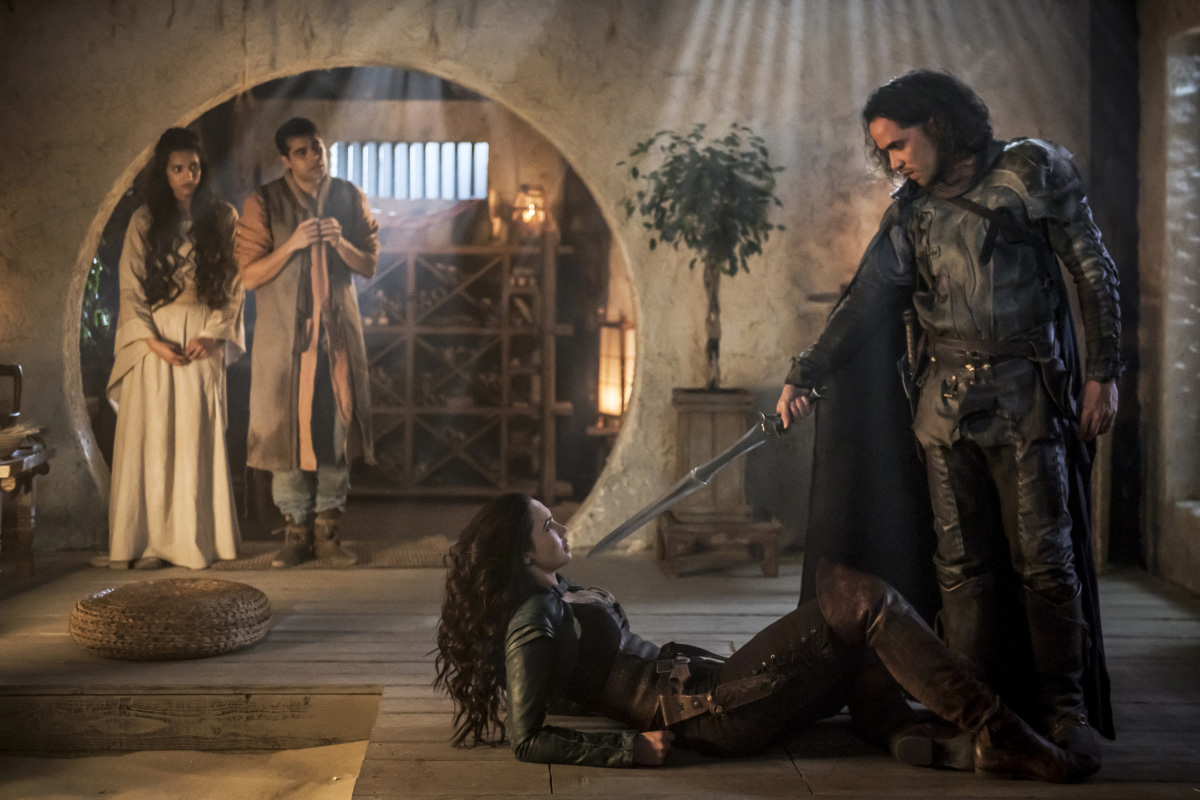 However, the probing question now is – what’s going on in Garret’s mind, heart and soul? And how will it manifest itself moving forward?

Speaking of moving forward, looks like Talon has found a new friend. This time, calling a demon (and accompanying blackblood) through the portal turned out to be much more positive for Talon (although not as positive as Janzo going in for the kiss. Talk about gutsy, may friend. Share the lip balm) and the queen.

Turns out, we learn there are two blackblood clans and Rebb is the leader of one of them, which is the more war-like. Our new fella, handsome rascal that he is, is from the other clan and it turns out Rebb killed his sister. The “enemy of my enemy is my friend” protocol is now engaged.

At last, we finally get the battle royale we’ve been craving. Rebb has her demon at the call and the queen in captivity when she again makes a play for Talon’s gift. This time, however, Talon has Vicar, the new demon, at her disposal and the fight is on. I got a little WWE Royal Rumble vibe from the demons going at it and it was pure pleasure to see Talon and Rebb mix it up a bit. 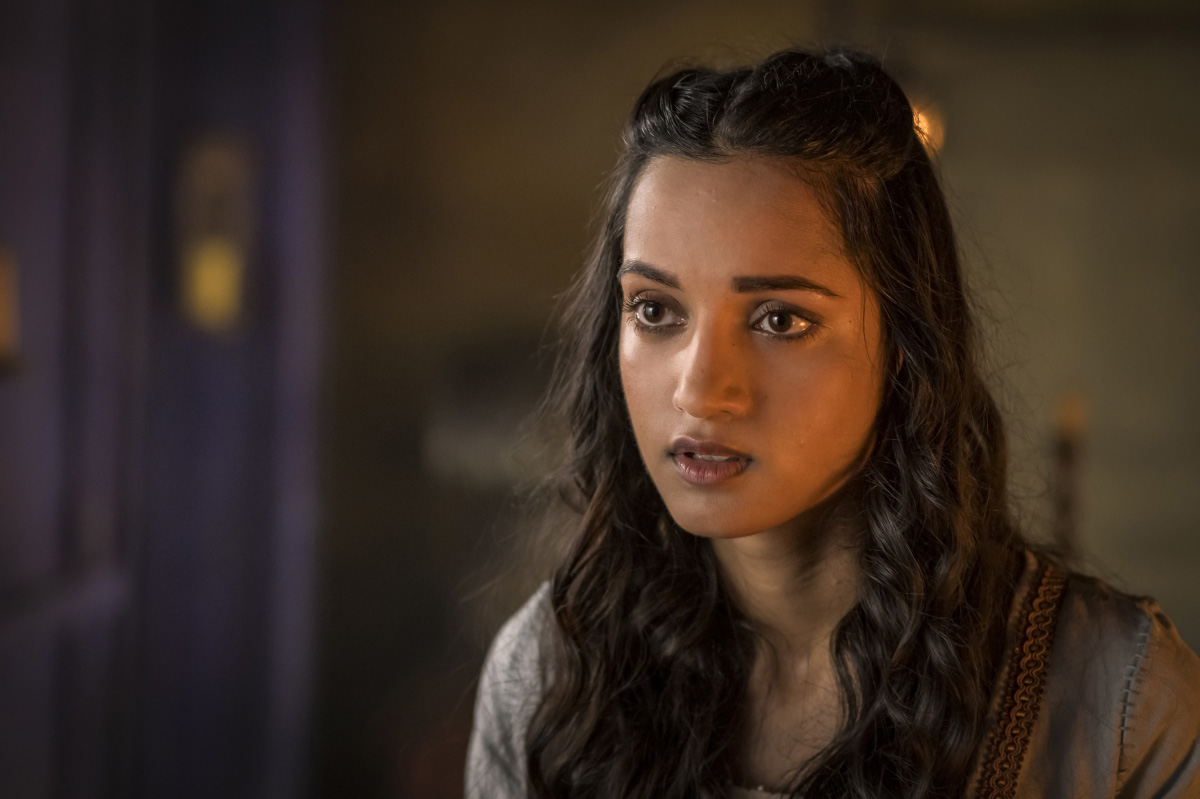 When the fighting was done, the queen wasn’t killed (and had all her toes), our naughty La’qiri was dead (assist to our new blackblood), and Talon had thrust a knife into the belly of Rebb, ending her intrusion into the proceedings. A quick thanks to Lilli Hollunder who gave us a splendidly menacing Rebb. She added some real nice spice to the mix and I’ll miss this character.

Fortunately, what we have in the aftermath of all this is Talon with her gift, a new blackblood that feels far more ally than enemy, a La’Qiri that may prove useful down the stretch and the potential for more allies coming through the portal. It’s always fun when new characters arrive and stir the pot a bit. Tobin, Naya, The Healer and Tormentor, they all add a new flavor to a pizza that was already delicious.

As for Tobin, got to hand it to the guy, he really doesn’t have a clue. Bless his obnoxious heart, he’s trying. Sadly, his efforts are, shall we say, woefully short of the mark. He hits the “fail” button twice this week – hard. First, he offers the queen a gift and while intrigued initially, Gwynn is mortified to find it’s a piece of slinky lingerie. Now, I liked it. And I’m sure Tobin liked it, but it’s not the kind of garment one offers the queen, particularly when you have made little headway in the romance department. So, that’s a swing and miss.

Later, goaded by his counselor, Tobin declares he will save the queen from Rebb. And in his best Errol Flynn impersonation, sets about the rescue. Unfortunately, he’s drunk as a Lord and any plan he had, which I doubt, goes out the window – just like he eventually does at the hands of Rebb’s Demon. Tobin, I’m rooting for you, brother. But your kung fu is weak-sauce. 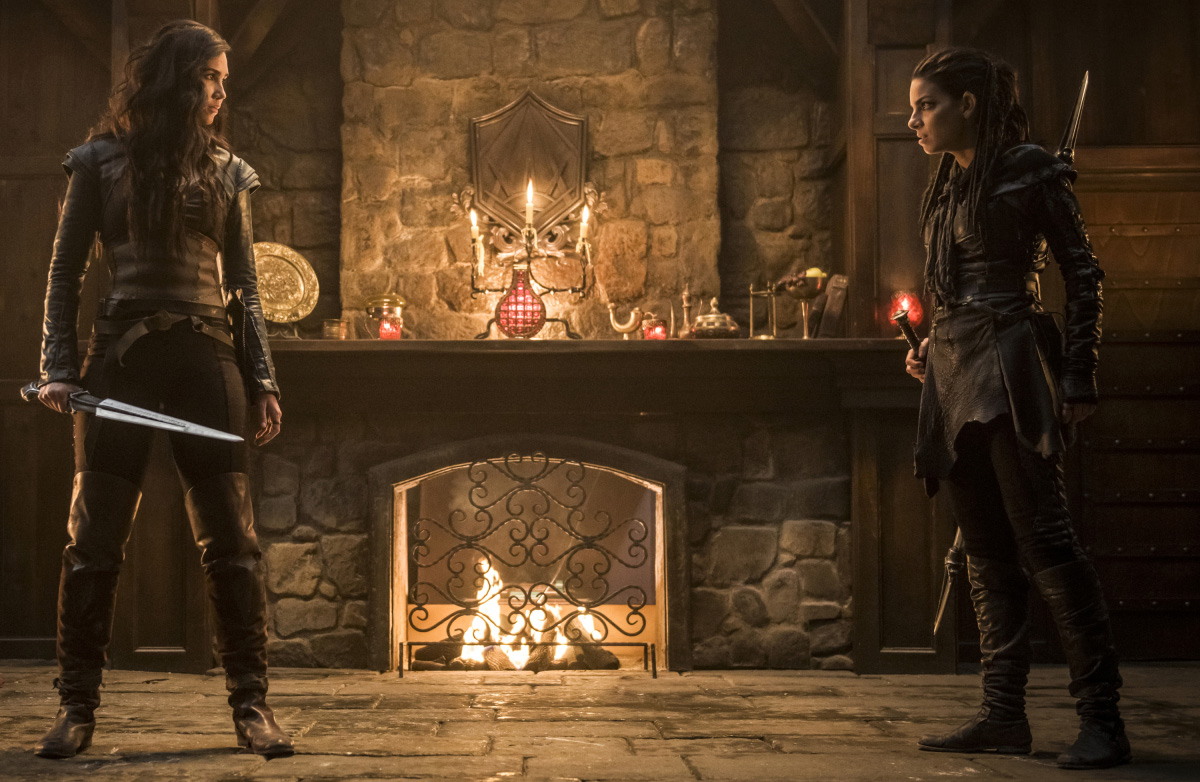 I know you’ve got it in you to deliver the proper wooing technique, but right now you ain’t even getting in the door. No disco ball shimmering, now lighted dance floor pulsating, no dancing to “Stayin’ Alive” for you, sir. And just as Janzo is getting bad advice in his attempts to woo Talon, you are getting bad advice. Time for research, brother. Know your intended.

Speaking of Janzo (yes, let’s speak of him), he confessed his love for Talon, launched a sneak attack on her lips, and learned very clearly that all the makeover and attempted snogging is not going to win him his prize. “I am seeing you differently,” Talon tells him, “but not in a good way.” She doesn’t like the new version and they talk a bit about love. Fortunately, Janzo is an optimist and really dials into the “So you’re saying there’s a chance” mentality. There’s good interplay here between Jess Green and Anand Desai-Barochia and it has only gotten better as the series has moved on. You go, Janzo.

Four episode in and things are very interesting. Will Talon get a blackblood/demon army to respond when the queen needs them most? What’s Garret really up to? What’s the Healer really up to (I think she secretly digs Mr. Garret)? And will Tobin ever get up to something impressive besides drinking and dishing corny lines to the ladies? We will see very soon, I think. And as for Janzo…keep plucking away you love-struck brewer. No really, The Outpost IPA could be a killer drink. Work on that.