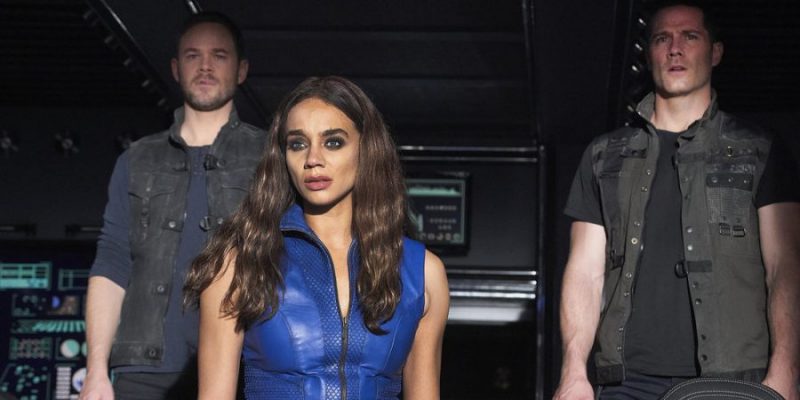 It’s hard to believe we’re at the penultimate episode for Killjoys as a series. Episdoe 509, ‘Terraformance Anxiety’ has put all the pieces of the board in play in what is surely to be quite the series ender. But I have to admit that that realization is somewhat sobering and disheartening on many levels. A show that puts so many quality pieces together – writing, acting, directing, show running, producing, sets, editing and more to create this wonderfully silky tapestry of sci-fi yumminness is something very special. And that’s Killjoys in a word – Special.

So we’re gonna talk about it. Given that, I wanted to alert you that there is full-grown hatchling at the gate warning you that SPOILERS are coming. That’s right, their tentacles are ready to pull you into SPOILERS in the paragraphs below. So, beware if you are SPOILER sensitive. If not, let’s hit the thrusters on Ep. 509.

Man, a lot going on here as we get set for the final showdown. But on a fun note, we got to hear Pree rally the folks of Old Town with a sing-song as they hid in the bar. Look, Thom Allison is a delightfully talented human being (and so wonderfully friendly on social media), so the fact that he got to unleash the pipes a bit in this one will no doubt titillate Twitter in wild and woolly ways. Pree is the perfect topping on the perfect pizza with the perfect drink as you watch the sunset. There, that sounded about right. 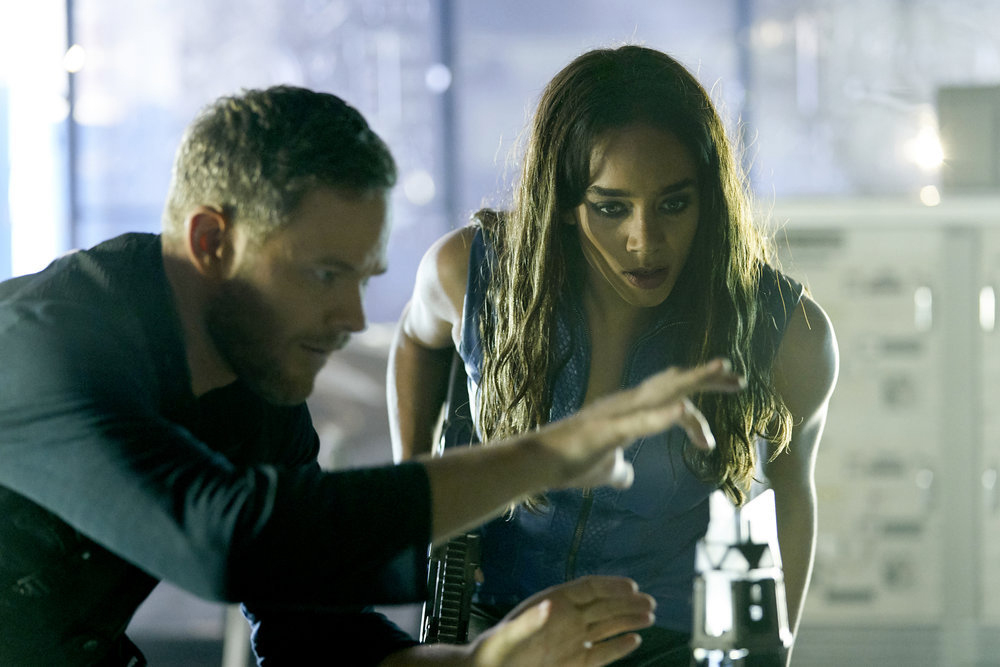 As it turns out, the terraforming project on Westerley will get its tires kicked in Old Town where the hatchlings have grown substantially…and they’re hungry. As they roam the now-foggy streets of Old Town looking for meals, Pree and Turin set about rescuing as many folks in the area as they can, sequestering them in the relative safety of the bar. Of course, there’s always some jackass that decides he’s gonna screw the safety angle and try to get away. “(Munch, munch, munch), humans tasty,” say the hatchlings. Moron.

So while Pree is giving a pep talk to those smart enough to stay in the bar “You’re Old town, the lowest of the low. You never give up and you never give in. We are going to sit here and not be afraid,” he tells them before a young girl urges a song…and they sing…as a hatchling growls outside. It’s good stuff and more than a little inspiring. Meanwhile, Turin sits in a chair, bloodied from a beating he took from Khlyen’s enforcers, looking and sounding as crusty as burnt toast left in the sun for three days.

God, I love how Patrick Garrow plays Turin. I haven’t given him enough credit for the job he does, but Turin is another favorite of mine – an acerbic, cynical, crusty vet who’s seen too much and believes not enough. Garrow just nails the irony of this character through and through. Patrick Garrow, I’m a fan.

Eventually, Johnny, Dutch and D’Avin will come to the rescue of these folks as they make a mad dash to get to the Badlands and extraction (Minus a couple snacks for the hatchlings). Why did they make a made dash? Well, it’s because the plan to send missiles acquired in Q’Resh into the Old Town factory, thereby starting a chain reaction that will stop the terraforming, like most of their plans, had to be amended. In the end, with monsters on the loose and the fog serving as a vaccine to help inoculate the hatchlings, the missiles fell on Old Town. People no doubt died, but so did the bugs.

Alanna Bale as The Lady in “Terraformance Anxiety,” episode 509 of Killjoys.

The factory did yield something interesting though – well several things. As our trio, along with some Herk volunteers, assaulted the factory, D’Avin blurted out his love for Dutch, which was wonderfully quaint and ill-timed given the stakes. But, at least it’s out there. Additionally, our trio had used Gared to lure Khlyen to the factory as well. Dutch wasn’t having any of his bull and dropped him. So, as Old Town was consumed, Dutch had Khlyen, who said he had a plan. But doesn’t he always.

Rob Stewart’s Khlyen has been such an interesting character. Does he ever NOT have a plan or angle he isn’t working? I mean, it’s just amazing. I will say this, I loved the emotion in his face when he discovered Dutch was still alive. His girls mean a ton to him even if his ability to demonstrate it is wanting – and it’s wanting a lot of the times. Stewarts’s Khlyen is a really fascinating character in manipulation and subtlety.

Another fun aspect of the bombing of Old Town was The Lady just losing. We’ve seen these outbursts of emotion before, but she just melts down in the aftermath of her hatchlings getting the barbecue treatment. Alanna Bale has given us a character that is alien, but seems to really be dealing with the irritation of increasing humanity within the host body. The “If you love Q’Resh so much why don’t you marry it?” it line was hilarious and such a wonderful reminder that The Lady is struggling with human emotions. It was so delightfully school girl-esque. I loved it. Whoever thought up that line at that time should get a wink and a Dove bar. Just saying. 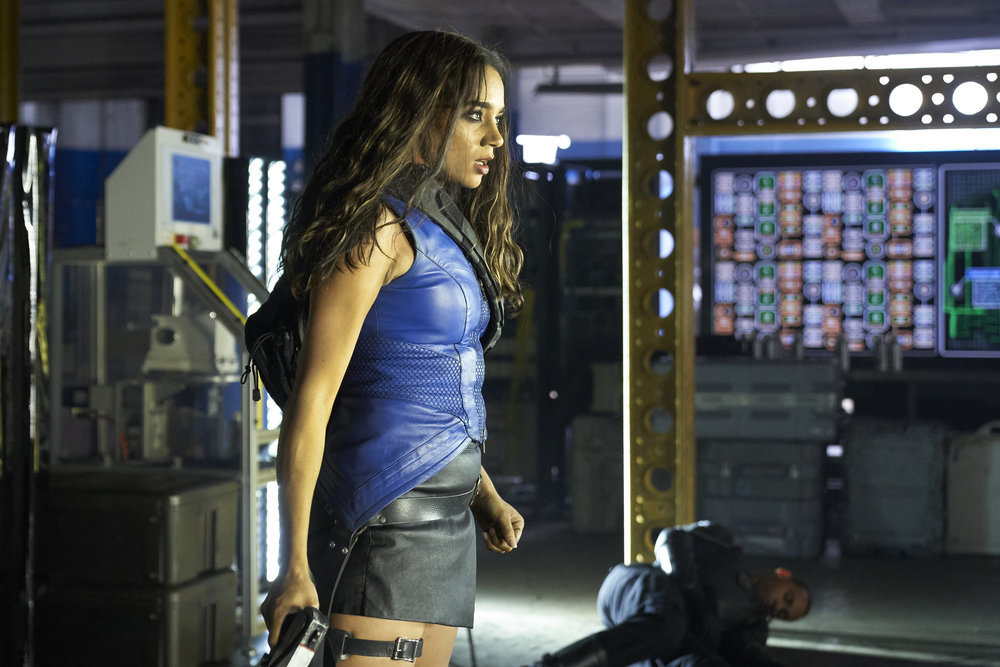 The arrival of Aneela and Delle Seyah was an unexpected pleasure, but one that was fun. Honestly, I could watch Delle Seyah be Delle Seyah on a constant loop because she is funny in a cutting and pointed way. She’s definitely the verbal razor of this show at times – just letting it go. Her negotiations for weapons with the Robell’s was priceless. “They give good grovel. I’d forgotten how much I missed that.”

And while she throws the barbs at D’Avin in a relaxed and fun way, the moment they had between them when talking about Jaq was nice. D’Avin notices a change in Delle Seyah and she acknowledges the same, telling him it has been a long journey and Aneela is the reason for her being willing to make it. I’m anxious to see what part she and Aneela, who had a nice moment with Dutch, play in all this.

Speaking of subtlety, I’ve talked a length before about how impressed I am with Hanna John-Kamen’s work as both Dutch and Aneela. From voice to body language to other subtle areas, she has so completely changed into these characters that it’s easy to forget it’s the same person. When the two were standing face to face, I thought it a nice touch that Aneela was taller than Dutch. It would have been easy for them to go eyeball to eyeball, but that little nuance of height perpetuated the difference. I liked it. Subtle, but brilliant as well. Well done on that little nuance. 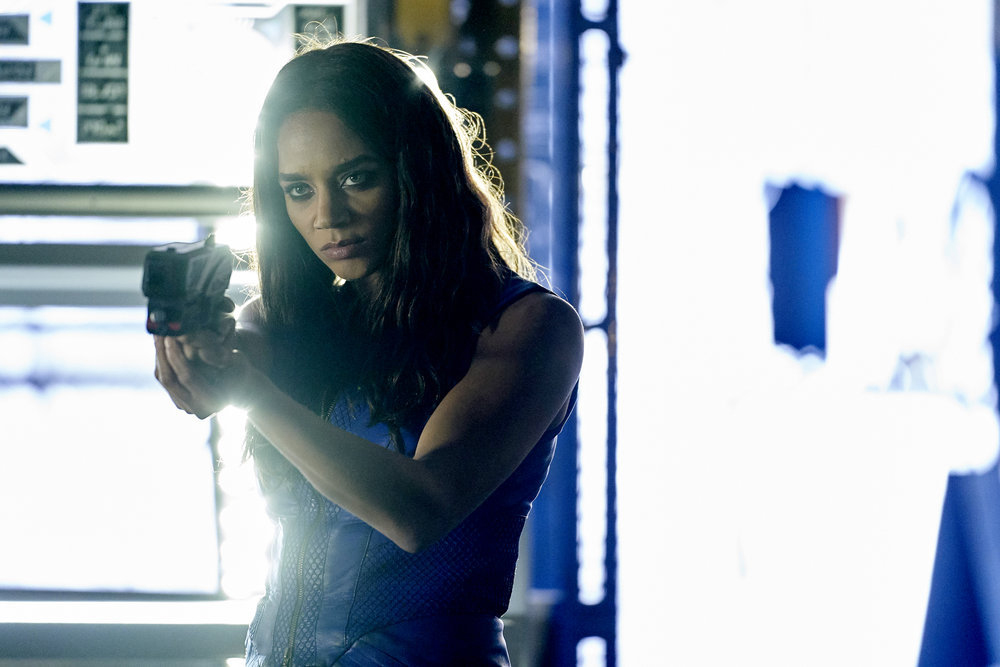 We also have some good moments from Gared, who is struggling to forgive himself for betraying everyone. Funny, but it’s Fancy Lee who helps him see that the healing process has already begun. The fact the gang trusted him to be the conduit to Khlyen is a sign that they are forgiving him. “Fancy, you care about people,” Gared tells him. The Gared storyline was interesting in that the ruse wasn’t the lie he was going to tell Khlyen – they counted on Khlyen deducing the truth – it was that Gared wouldn’t have the touch to pull it off.

They used Gared’s basic nature as the bait, instead. Gared’s a lovable lug, not the smartest cat in the litter box, but a heart that’s good. The light of forgiveness coming from Fancy Lee is a nice touch, too. One of the great aspects of Killjoys is that even in the midst of strife and struggle, there are moments and people, whom you don’t expect, that offer hope and redemption. Under the fighting and struggles is a real sense of hope – even when hope seems to be the last thing anyone should have.

So here we go. The Lady is on fire with anger, but as we saw at episode’s end, she’s found the cube with Jaq inside. In the end, will Jaq and his unique abilities be the key to bring The Lady down? That would be an interesting little twist, though Jaq has seemed to sense a specific destiny for himself for quite some time. I would expect The Lady, Dutch and Khlyen to have a special moment together at some point as the hunt for her ‘main body’ will be on full throttle from here. With that, let us gather in a week and send this show off with the love and admiration is deserves.

Is victory in the cards for you squad? Seems likely, though the road to that win is sure to be very interesting – in a twisty, turny kind of way. Let’s get to it.