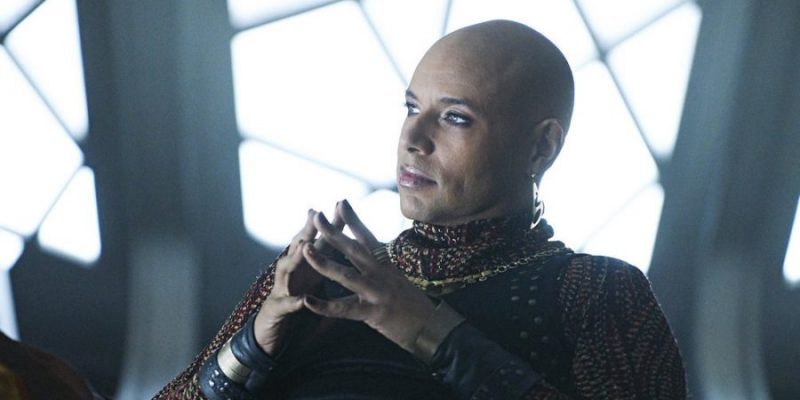 It’s hard not to enjoy the voice on the other end of the phone when Thom Allison offers some thoughts on the conclusion of Killjoys, the joys of playing the role of Pree, and the passionate fandom that loved it all. Allison is warmth, energy and joy as he talks about the role and all that surrounded his run on the show. The truth is, there are good conversations, and then there are “good” conversations.

Allison is that “good” type of chat that makes you smile and laugh repeatedly despite the cloud hovering over the ending of this ground-breaking show. The Killjoys faithful are a focused and intense lot and they love their Pree. Fortunately, the man who breathed life into that character is passionate about them as well – even as things came to a close on Sept. 20.

For Allison, the chance to be a regular on a weekly television show was something very new and exciting. “It has been something very unique for me,” he said. “I’d never done a series before. And in the second season, it was like ‘Warlord? Okay, alright.’ I could tell at that point that I was going to have more things happening here.” 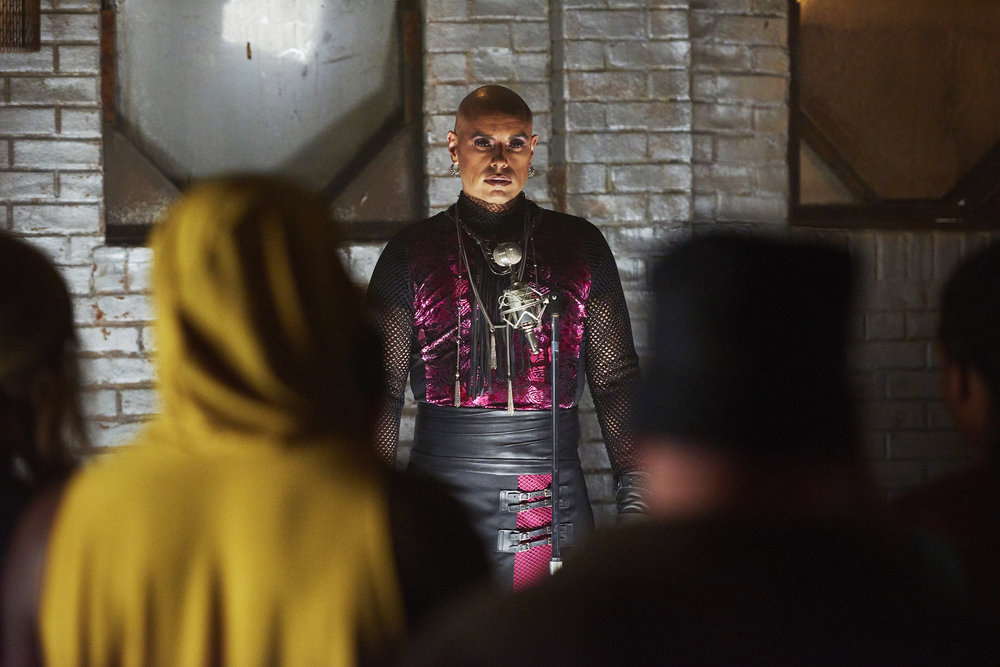 And in the process of developing Pree’s look and vibe, Allison said he developed something else among the cast and crew – a family. “We realized we were lucky, everyone got along. Even the crew noted how everyone got along – there were no divas. So it has been this four years of filming with a family. We’d come together (after the hiatus) and talk about what we’d been doing, and most of the crew stayed the same – people were having babies while we were filming. We really were a family.”

And as the family grew stronger, the stories on Killjoys grew as well – including Pree’s story, said Allison. In season 3, Gared and Pree began dating and then got married, a crazy set of events that kind of summed up the fun he found on Killjoys. “It was a crazy ride of ‘What’s next?’ I love surprises, a new story and new rides.”

“Sci-fi fans are so intensely invested in the details and I love details and specificity,” Allison added. “All the Killjoys fans have been smart and loving and there’s been no trolling or meanness that I’ve experienced. They have been generous and sweet and interested in the show. They’ve noticed details in the choice of costume or in the characters and I’ve loved that engagement. I’ve never had that experience in that kind of way. There were a lot of first for me (with Killjoys).”

But now the run of Killjoys has come to an end. And Allison admitted that even as the cast and crew were filming the final season’s episodes, there were worries about how the fandom would take it. “We were so excited and hoped that it would be embraced. On the whole, the fans have embraced this season and loved the kookiness and craziness and taken to the surprises.” 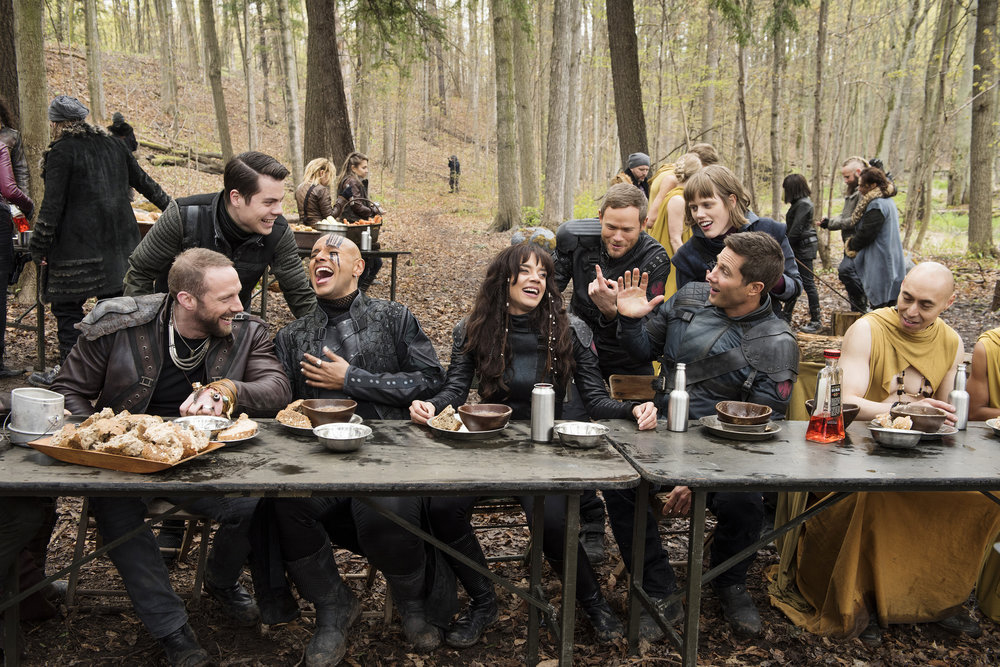 And that response from Killjoys fans has been a source of joy for Allison and the rest of the Killjoys family, he said. The final season could have gone anywhere with the various stories in play, but the fandom went along happily for the ride – and Pree was right in the middle of that action. Still, Allison said it was intriguing to finally see something that was filmed nearly a year ago – particularly given it’s the end of the Killjoys era – and the reactions to it.

“We’d been anticipating it and then it’s the end,” Allison said. “So, we sort of had all the filming finished and the sadness that went with it – and now we’re dying again. It’s sad that it’s ending, but we love the outpouring of support and love. It’s a heartbreaking time, but I love that their (the fans) sadness is because they love it.”

And in the arena of love, Allison said his experience with Gavin Fox as his beloved Gared was something very special and unique. He called Fox one of the “nicest guys” he’s met and that creator Michelle Lovretta saw something special between the two when viewing one of the early “dailies” featuring them together. Viewers noted that “something special” as well as their relationship grew.

“She said ‘You guys have chemistry,'” said Allison. “We just got along so well. I loved to sit and chat with him and he was so easy-going, and it was easy physically because we trusted each other. It was such a good time and I just loved being on set together. Everyone just kind of dug Gared and Pree.” 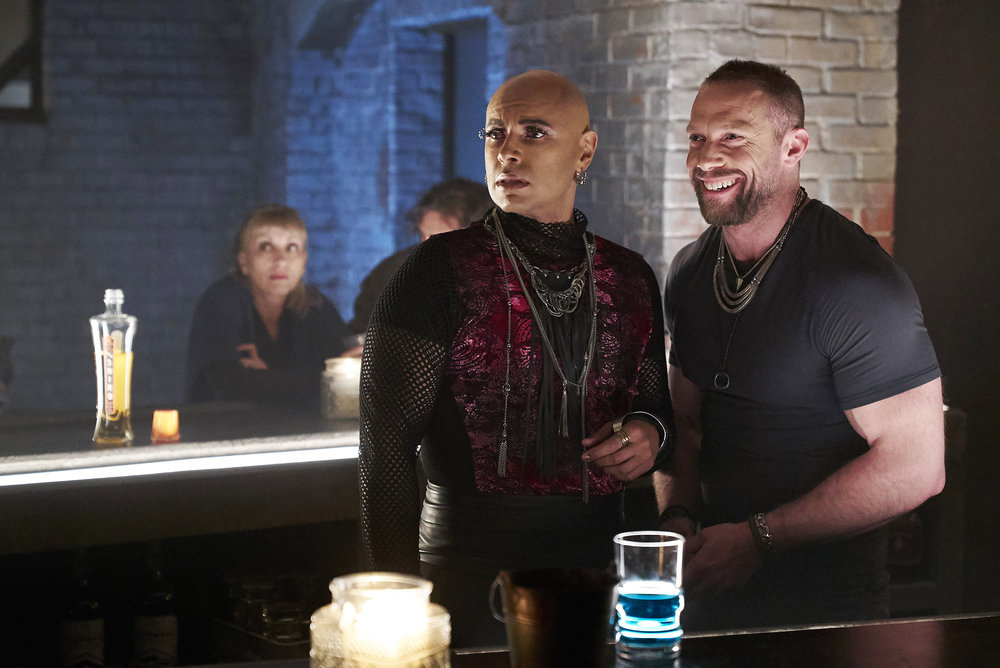 Allison said there was something else that was important about their relationship – it wasn’t a big deal. Their relationship was easy, normal and not highlighted as anything but the normal course of the day. “It wasn’t ‘Oh look, the gay couple is going to kiss now.’ The show made the relationship look easy and human and that’s great,” said Allison. “One of my favorite things about this season was that even with The Lady, Pree and Gared still found each other. Even as a straight dude, they still came together. They couldn’t be kept apart even with the brainwashing.”

But now Killjoys is officially done and Allison looks at the work as a whole and hopes the fandom will shine a light on a few important themes.

“I hope they remember what a good time they had,” he said, “the connection between Dutch, D’Avin, Johnny, Pree and Gared – Khlyen going good, then bad, then good – and how much they loved these characters and take them into their hearts as a family. And the inclusivity of the whole thing. Michelle created a world where everyone is welcome to come and play and offer an idea. Hopefully, people will be inspired to pay that forward and see how wonderful worlds are created – a world where everyone is cool with each other. I couldn’t be happier about that.” 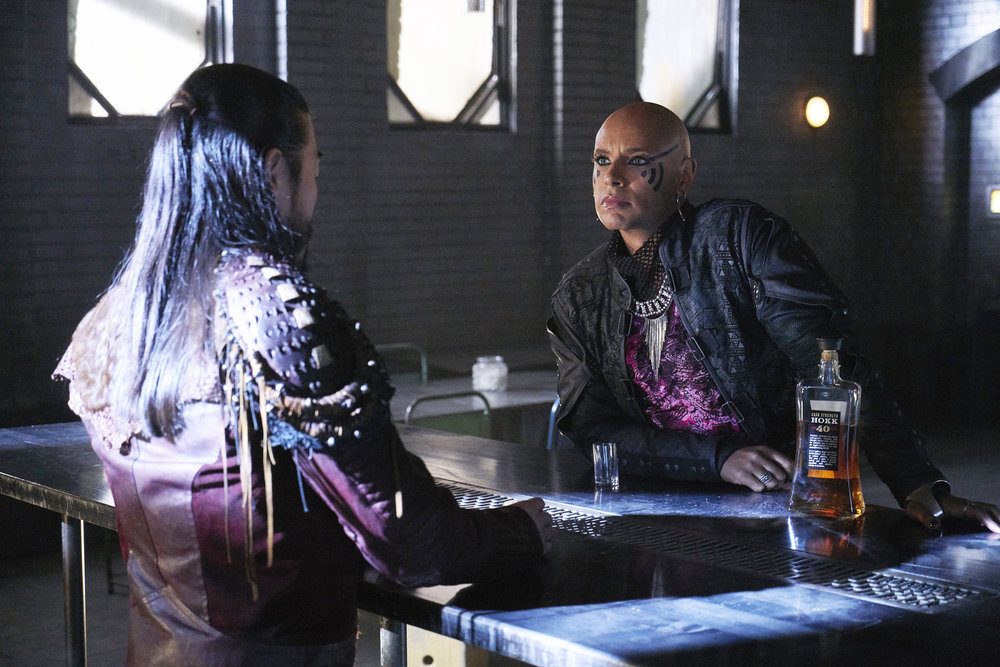 As for the future, Allison has plenty going on, including returning to a show, “Your All-time Classic Hit Parade,” which is a throwback to hit parade shows of the ’50s and ’60s. Allison said he gets to sing material from the 1910s through the 1950s, “Lot of great old tunes.”

“There are six singers, a host, a band, and it has been a crazy hit which has been lovely to be part of,” he said. The next episodes will begin airing in January – unfortunately just in Canada. He’ll also be doing some workshops and has some concert events planned for the Christmas season, as well as some theater work around Canada. There’s also writing and directing opportunities that are rumbling around in the pipeline that he’d like to pursue. “I want to do a bunch of other things,” he said.

Does that include another series? Well, Allison didn’t rule it out, noting that he’d “love to do something else, having a character every week that I could add to. I’d love to do a reality show. I liked being me on camera. I’d also love to host a show or be some kind of be a judge.”

In short, for the man who confirmed his passion for acting thanks to his mom’s support and an acting course at the age of 10, there’s still plenty of areas of the creative realm he’s looking to explore. “I’ve been very luck so far,” he said. “My career has kept moving.”

Killjoys fans certainly feel lucky as well. And Thom Allison, and the rest of the cast and creative folks, were responsible for that.