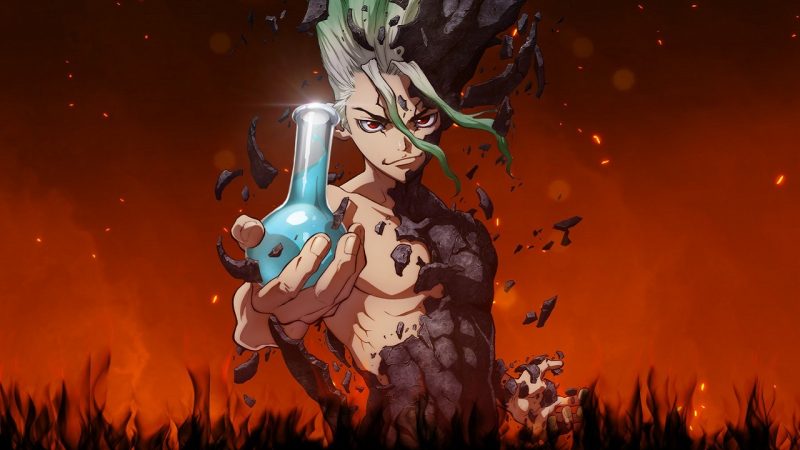 It’s that time of year where we reflect on the year and decide which anime series were the best of the best. While its true that these may not be the top 3 picks for all our readers, these are the staff picks for Three If By Space. We also had a chance to ask Crunchyroll, one of the largest online streaming services for anime, what their staff picks were as well.

Be sure to let us know if you agree with our staff picks and what your top shows for the year are so far. 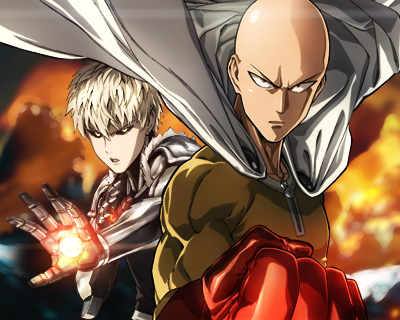 Over at Three If By Space we asked our staff what they felt the best shows of the year were. Michelle Harvey told us that One Punch Man Season 2 is a top pick for her. “One Punch Man is just pure, satirical subversion of every anime and super hero trope in the book. It’s a brilliant comedy and almost required as a counterpoint to the oversaturated genres it pulls from.”

So what is One Punch Man about? On an unnamed Earth-like supercontinent planet, powerful monsters and villains have been wreaking havoc in the cities. To combat them, the world’s government created a Hero Association that employs superheroes to stop them. The heroes are ranked from Class C to Class S. Saitama, an unassociated hero, hails from the metropolis of City-Z and performs heroic deeds for his own entertainment. He has trained himself to the point where he broke his “limit” and can effortlessly defeat any opponent with a single punch while slaying monsters the same way. But he is now bored with his own omnipotence and frustrated by sensing he lacks a challenge. 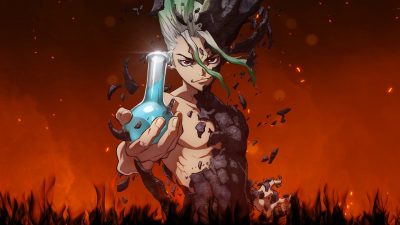 For myself, one of the new shows in 2019 that is a MUST watch is Dr. Stone. The follows a freak event that causes all humans to be turned into stone, and 3,700 years later, as people start to break free, they must rebuild the world from the stone age. What makes this anime so fun to watch is the science.

Each episode as our main character inventing something and because the way they show it is factually correct, they even have to put a warning at the end. The warning mentions real methods are being shown and not to try this at home. The characters are quirky, and the science is legit and all around its a lot of fun. I am 10,000,000,000% a member of the kingdom of science!

All the staffers at TiBS agreed that My Hero Academia was again a top pick for 2019. According to Michelle, “My Hero Academia takes a classic anime genre and combines it with the current superhero hype… but it does so with such relatable heart in its characters that it’s an instant appeal to our modern viewing.” Many feel the super hero genre is past its prime, but with my hero academia, it’s a 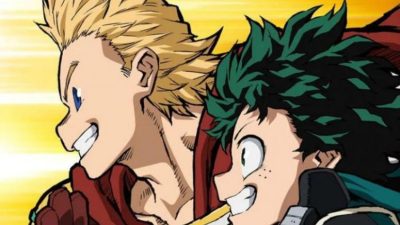 hugely reinvigorating approach to the genre.

Part of the reason for its huge success is the sheer amount of supporting characters, who instead of remaining meaningless side characters, are actually supremely important to the story and development of our main characters. The stories spend plenty of time exploring other characters, including villains. As much as I want to see more Deku and Bakugo episodes, I also want to see more about Kirishima.

The new season has only just begun but the tension and promise of this new arc has me waiting on the edge of my seat every week as we wait for a new episode to be released. 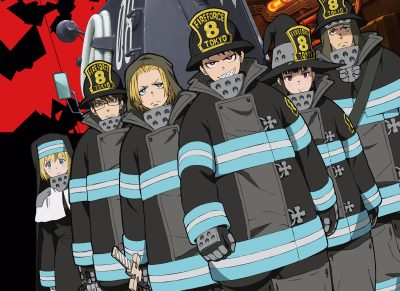 Another personal favorite this year for me is Fire Force. A unique take on fire fighters, Fire Force comes from the creators behind Soul Eater. So right off the bat the art design is amazing. So what is Fire Force about?

In the year 198 of the Solar Era in Tokyo, special fire brigades called the Fire Force fight increasing incidents of spontaneous human combustion where human beings are turned into living infernos called “Infernals”. Shinra Kusakabe is a third generation pyrokinetic youth who gained the nickname “Devil’s Footprints” for his ability to ignite his feet at will. He joins the Special Fire Force Company 8, which features other flames users who have the task of both working to extinguish any Infernals they encounter, and investigate companies 1 through 7.

What makes Shinra and Fire Force different as a Shonen anime, is that Shinra isn’t aiming to be the #1 Fire solider in the nation. He is simply looking to stop human combustion and to save people. And he has a devilishly infectious smile too. This show also had the seasons best OP’s. Don’t believe me? Check it out! 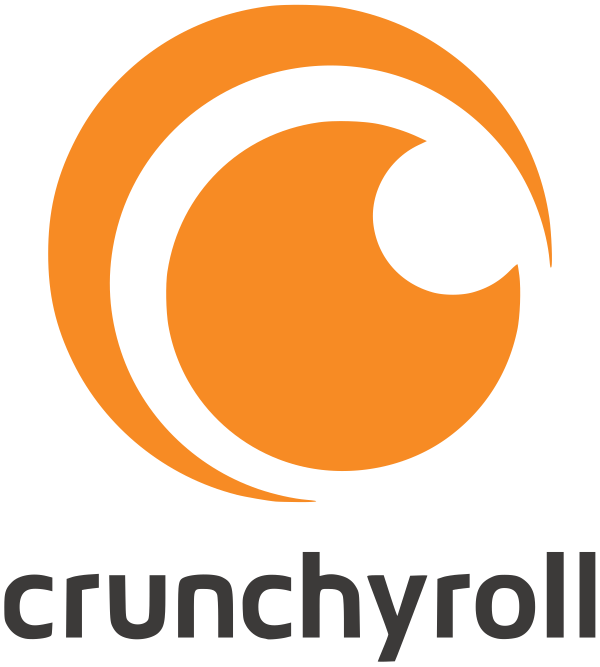 The staff at Crunchyroll also had a few favorites that they enjoy. Kyle Cardine, an Editor at Crunchyroll, is big on Mob Psycho II!

Mob Psycho II: I didn’t know it was possible for studio BONES to outdo the first season of Mob Psycho, but the absolute talent and artistry showcased in the second season was a sight to behold. Watching both Mob and Reigen grow, not only as individuals but also as a team, made Mob Psycho II a really compelling package alongside the absolute mindblowing animation from BONES.

Studio BONES is one of our favorite studios too! Kyle, also suggested Vinland Saga and JoJo’s Bizarre Adventure: Golden Wind. 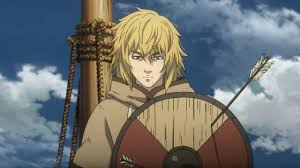 Vinland Saga: I always heard from Vinland Saga manga fans how good the series is, and watching the anime adaptation makes me a believer. Thorfinn’s story of revenge, and the roads that vengeance takes him down, alongside WIT Studio’s superb attention to detail in recreating the English countryside and Viking aesthetic, make it for one of the best anime adaptations I’ve seen in a while. 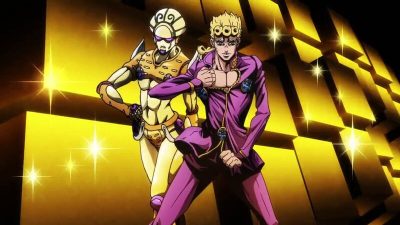 JoJo’s Bizarre Adventure: Golden Wind: I’m kind of cheating here since the series premiered in October 2018, but the Gangstar’s adventures largely happened in 2019. Golden Wind is one of the most dynamic of the JoJo’s parts and very quickly became my favorite out of the whole series. There’s still nothing quite like JoJo’s, and David Production’s adaptation of the Italian mob saga was a master class effort.

So what are your favorite shows for 2019? What should we be watching? If you want to watch any of the titles mentioned above you can visit Crunchyroll or Funimation and catch subtitled or dubbed (select shows) versions of these shows.