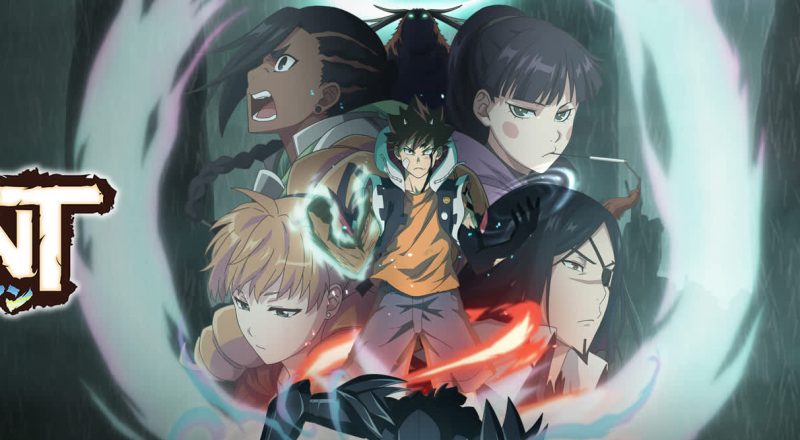 In the world of Shonen anime, there are more than enough strong main characters to stand out that many new ones become muted in their shadow. Radiant doesn’t sound all that special when you read about its premise. “The world is overrun with monsters called Nemesis—and a young boy infected by them will stop at nothing to defeat them all!“. Sounds like your typical Shonen anime right? Wrong. Lets dive into what makes Radiant different. First, we will give you some background and a sneak preview.

Seth has big goals of defeating Nemeses, but first he must earn the trust of the very villagers he wants to protect—not an easy task when those who use magic are just as feared as the Nemeses they fight. Even worse, Seth can barely control his monstrous powers! It’ll take more than brute strength—although it’ll take that too—to get Seth’s quest out of the boonies and into the big time!

The story behind Radiant comes from French creator Tony Valente. So right off the bat, we have a unique style and feel to the series that sets it apart from the rest. It is clear that the creator has a passion for Shonen manga and anime. He paid close attention to the many tropes you see in such series but also tried to break the mold in many ways as well. That is what makes me very excited to see where this series goes.

Radiant revolves around a world filled with monsters called Nemeses who are appearing out of nowhere. The only ones who can fight them are wizards. But in this world wizards are feared just as much as the Nemeses. This is because they use magic, and only after they have survived an encounter with a Nemeses which normally kills a person. Besides the magic, those who survive also get an ‘infection’. In the case of Seth, he gained a pair of horns. But what makes Seth unique is his ability to use magic with his bare hands, something considered abnormal even among wizards.

The formula for the story is pretty familiar with all the magic related series of late. Our lead character is also predictable: bold, hard headed, big dreams and no discipline. I enjoyed the art style of the characters and world building. They managed to give us a decent amount without overwhelming.  The little details with each character and background are fun to look at and analyze their meaning.

Whether Seth ever finds the mythical origin land of the Nemeses, Radiant, or not, I will be going along for the journey. 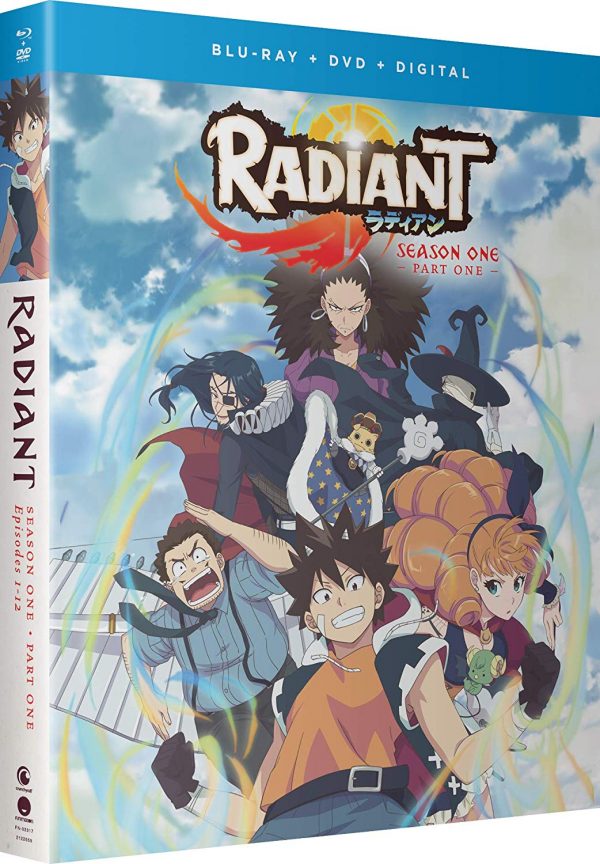 The season 1 part 1 release for Radiant comes with Blu-ray , DVD and digital download. The sleeve on the blu-ray includes a foil like finish featuring Seth, Alma and the rest of the gang on the front. Fear not on the lack of a limited edition. Season 1 Part 2 is slated for release in Feb 2020. That will be a limited edition release that will include an art book and a box that will hold both parts. The first 12 episodes of season 1 are included along with these special features:

You can pickup your copy of Radiant Season 1 Part 1 over at Amazon.com or Funimation.com.