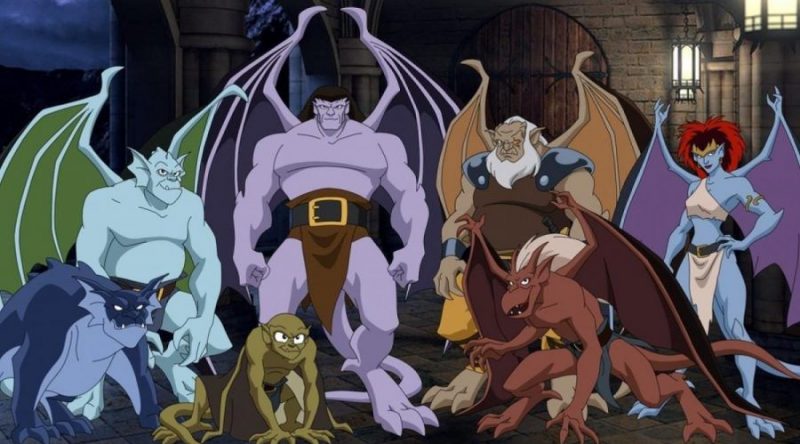 Of all the tasty morsels that Disney+ has delivered, I’m delighted to be feasting on one of my favorites from the past. I honestly believe that Gargoyles is one of those bygone series that was, and remains, highly underrated. If you love fantasy and adventure, this series is perfect for you. And, I’m happy to say, this series will bring the full force of nostalgia back to your hearts. Reconnecting with Gargoyles certainly did that for me. With all the shows and movies that Disney+ has brought back, I couldn’t wait to dive back into the Gargoyles. For those of you who may not know what Gargoyles is, let me just bring you up to speed really fast.

Gargoyles is an American animated tv series that aired October 24, 1994 to February 15, 1997. It follows the adventures of nocturnal creatures known as gargoyles that would be released from their stone forms once the sun went down. The show focuses on the leader, Goliath, and his battles with protecting his clan. Once in a world with castles and knights, Goliath and his clan have been transferred to a modern world when a curse that kept them as stone finally ends, thousands of years later. 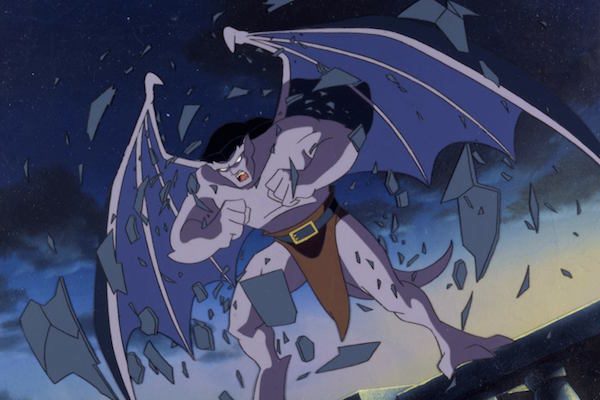 The Rise of Gargoyles

For me, Gargoyles was and still is a fantastic fantasy series. There is action, drama, love, and the never-ending search to find oneself. As Goliath and his clan find catapulted into a new era, they struggle to find their place in this new world, filled with electronics and cars. Although they are physically and mentally strong in their own way, they also struggle to adapt. And, they struggle to know who is friend and who is foe.

When Goliath and his clan first awaken, it is all thanks to a man named Xanatos. Xanatos makes them feel that they are friends and that this new home is all theirs. But, they soon discover that Xanatos has ulterior motives. He also happens to be working with Demona, whom everyone thought was dead. These two work together to try and force Goliath to help them rule Manhattan, but that is not who Goliath is. With the help of his clan and his new friend, Elisa (a Manhattan cop), Goliath stands up against those two and chooses to do what is right, instead. 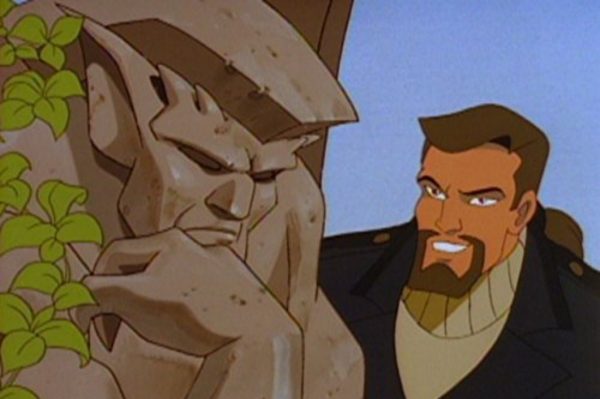 Each episode builds on top of the previous one, so there’s a serial feel to this animated gem. It also allows for viewers to get more backstory for what the gargoyle’s lives were like before. As Elisa gets to know the gargoyles, she also gives each one a name. She helps them find a home and ways to deal with this new life. And, as time goes on, more people notice the gargoyles. While they have tried to stay out of view from humans, it has become increasingly hard as they are trying to stop Xanatos.

As a kid, you don’t really put names to voices very often. So, to watch Gargoyles and recognize some of the voice actors, is pretty awesome. I was tickled to death when I realized that, Jonathon Frakes and Marina Sirtis were two main voice actors in this series. Frakes played Commander William Riker on Star Trek: The Next Generation, alongside Sirtis who played Counselor Deanna Troi. Frakes plays Xanatos and Sirtis plays Demona, on Gargoyles. There was definitely some extra love for the show after that moment. 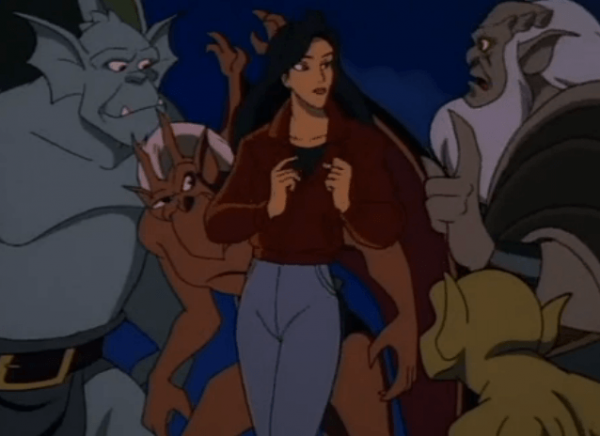 Why You Should Watch Gargoyles

Although, this is a kid’s cartoon series, there are definitely some dark tones to Gargoyles. The series shows a lot of dark situations and when the series first aired on tv, some parts of the series had been cut. With the whole thing up on Disney+, I am so ecstatic to see every episode.

I honestly believe that Gargoyles is such a great series and that it is highly underrated. If you love fantasy and adventure, this series is perfect for you. I think Gargoyles has so much to offer and not just in the way of entertainment. In each episode there are trials they have to overcome. They have to decide whether they should do what is right or what is easy. It’s about family and having compassion. Gargoyles is a fun series and I highly recommend you start season 1 right now!