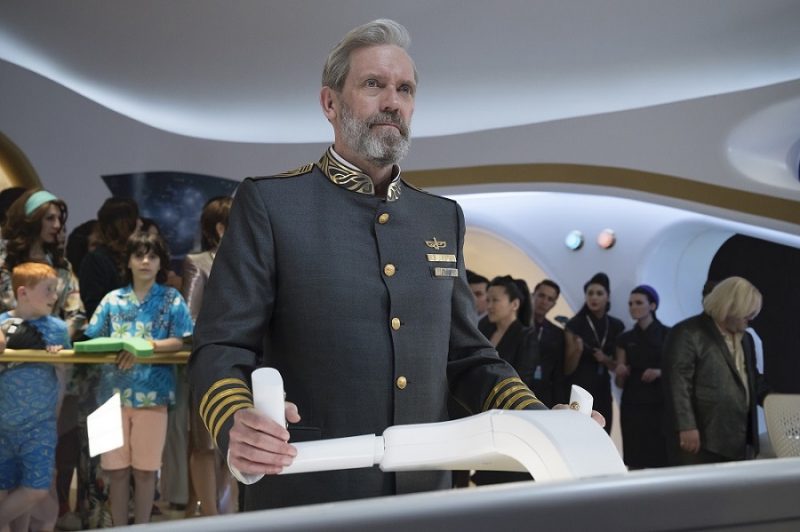 Avenue 5 is a new comedy series, set in space on a luxury cruise liner. Welcome to the future, where space travel is not only easily achieved but has turned into a multi-million dollar business. Avenue 5 is a top of the line deluxe cruise line, taking you around the best views of the galaxy while offering top notch ammenities. Daily entertainment, gourmet food, exercise classes, spas, activities and more. Avenue 5 is your one stop shop for a fancy space vacation. Which is why Avenue 5 is the last place you’d expect to experience trouble; the passengers on-board are there for a great, relaxing experience – nothing more. Though things are looking good as the ship begins it’s 8 week journey around Saturn, Avenue 5 begins to experience technical difficulties. Ryan Clark (Hugh Laurie) is a confident and suave captain – but will he be up to the task of keeping disgruntled paying customers satisfied when their vacation goes awry? 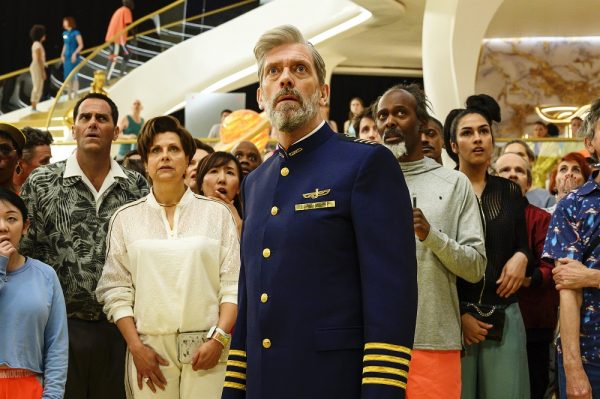 Created by Armando Iannucci of “Veep,” AVENUE 5 is set 40 years in the future when traveling the solar system is no longer the stuff of sci-fi fantasy, but a booming, multibilliondollar business.
The series stars Hugh Laurie as Ryan Clark, the confident and suave captain of “Avenue 5,” a space cruise ship with luxury amenities like gourmet buffets, a spa, an observation deck and yoga classes. As the series begins, Avenue 5’s eight-week journey around Saturn is underway and its systems are optimal. But when the ship suddenly encounters technical difficulties, it’s up to Ryan and his crew to calm the disgruntled passengers and find a way to deal with unexpected events onboard – though they may or may not be equipped for the task.

Avenue 5 premieres on Sunday January 19th at 10pm on HBO.

Comment below, or find me on social media and let’s keep the conversation going! Don’t forget to use #Avenue5