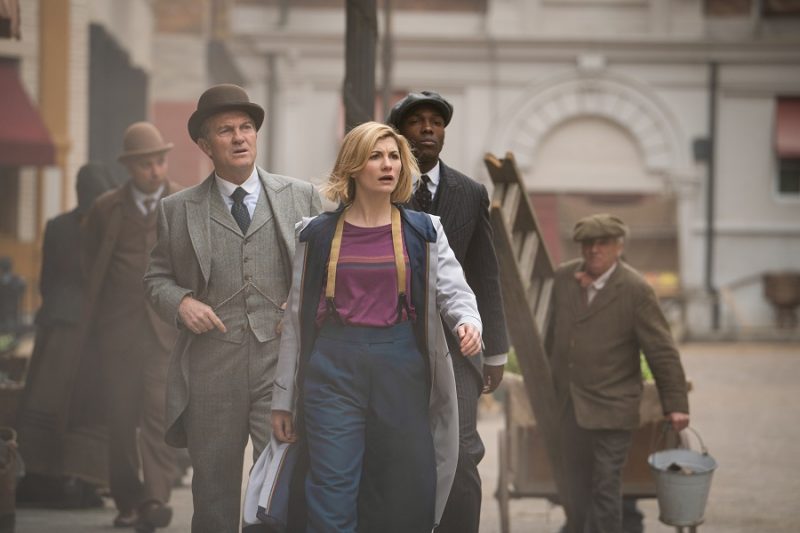 Doctor Who is taking us back in time – all the way to 1903! Which will bring us face to face with Nikola Tesla. The 4th episode of Series 12 is titled “Nikola Tesla’s Night of Terror” and if that doesn’t sound just a teeny bit ominous then I don’t know what does. It’s 1903 and things are going awry at Nikola Tesla’s generator plant. But who – or what – could be causing the disruptions. How will “the fam” do with an adventure backwards in time rather than elsewhere in space? Could Thomas Edison be to blame for the mishaps happening within Tesla’s plant? Guest starring Goran Visnjic as Nikola Tesla, “Nikola Tesla’s Night of Terror” will keep you on the edge of your seat.

It is 1903 and on the edge of Niagara Falls, something is wrong at Nikola Tesla’s generator plant, where someone – or something – is sabotaging the maverick inventor’s work. Has Tesla really received a message from Mars? And where does his great rival Thomas Edison fit into these events? The Doctor and her companions Yaz, Ryan and Graham must join forces with one of history’s greatest minds to save both him and planet Earth. Guest starring Goran Visnjic, Robert Glenister and Anjli Mohindra.

Tune into BBC America this Sunday the 19th for Doctor Who “Nikola Tesla’s Night of Terror” !