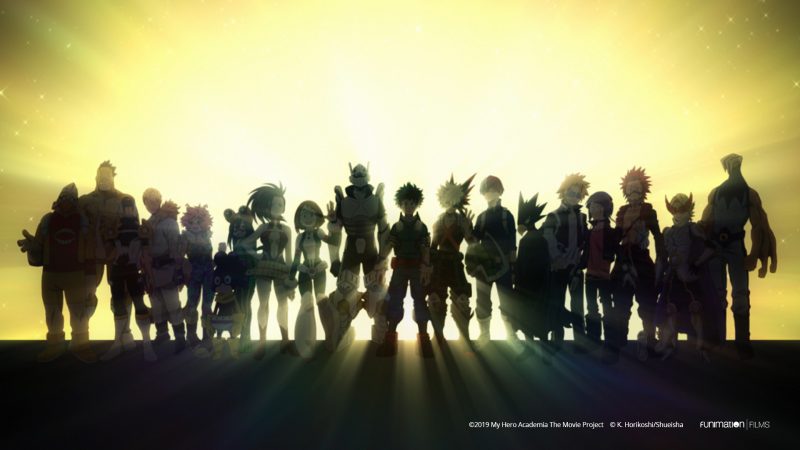 Class 1-A visits Nabu Island where they finally get to do some real hero work. The place is so peaceful that it’s more like a vacation … until they’re attacked by a villain with an unfathomable Quirk! His power is eerily familiar, and it looks like Shigaraki had a hand in the plan. But with All Might retired and citizens’ lives on the line, there’s no time for questions. Deku and his friends are the next generation of heroes, and they’re the island’s only hope.

Warning, there be minor spoilers ahead. 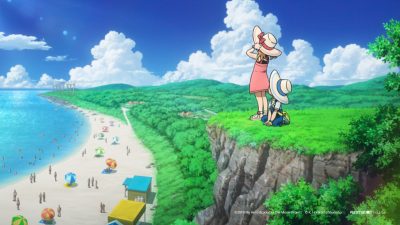 Class 1-A finally has its chance to do hero with everyone having their provisional licenses. So to keep them safe, the school sends them to a remote island to run a hero agency and help the residents of the island. Nothing that sparks Bakugo to do anything has happened yet though. Mostly dealing with lost luggage, cats stuck in trees and a pair of young siblings testing the response time of our heroes. Though I did find it satisfyingly hilarious that Kaminari spent most of his time being a human battery for an old man’s tractor.

The league of villains getting involved with the transport of a man who goes by the villain name of Nine. It turns out he can use multiple quirks, 9 to be exact, all thanks to research by a doctor that everyone will remember. Nine decides to visit the same island Class 1-A is on (of course) because one of its residents, a child, has a quirk he needs to stabilize his condition which is killing him. The rest of the film revolves around protecting those siblings and the rest of the island. 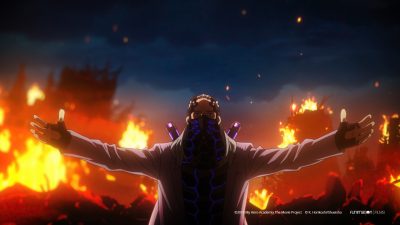 The film takes place slightly ahead of the anime itself, so some things exist that for non-manga readers might leave you a little puzzled. For starters, we get to meet Hawks. We are not given any backstory on Hawks but if you rewatch the current season of My Hero Academia anime, you will see a child Hawks in credits. Manga readers have been excited to see this character enter the story for a while. Another potential spoiler came from one of the confrontations with Nine. Nine can steal quirks, but can only hold 9 total. When he attempts to take Deku’s he fails because he realizes there is more than one quirk in Deku.

That’s a pretty big reveal because the way All Might’s quirk was always talked about, it was just assumed it was a single quirk. However, it makes total sense that as it’s been passed down, elements of quirks from each previous owner were apart of it. Not to spoil things for non-manga readers, but that will be explored later so fear not. When it comes to the final battle, it was nothing short of mesmerizing. Much like the first film which involved All Might and Deku going all out on the villain, this time it was Deku and Bakugo. Each of them pushed to the very edge of death. 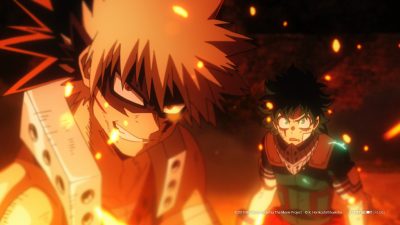 This is where Deku makes a decision that truly would have had massive ramifications for everyone’s future. This decision changes the course of the fight between Bakugo/Deku and Nine. Ever since All Might revealed his secret to Bakugo, he has had a newfound respect for Deku as a rival. He has pushed him to make One For All ‘his’. This battle presented an opportunity to really show the growth in the relationship between Bakugo and Deku. However, some convenient writing leads to a quick and easy out, which likely will mean Bakugo never knowing about or remembering what happen in those final minutes. That’s my only major gripe with the movie.

My Hero Academia: Heroes Rising gave us a chance to see just how much each student in Class 1-A has grown. Sure Deku and Bakugo were highlighted in this growth but so many others showed what they have learned. Each of them played an important and active role in the protection of the people on the island and their fellow students. The movie releases in select theatres around the country on February 26th. Be sure to visit FunimationFilms.com to get your tickets and go see My Hero Academia: Heroes Rising.