Today’s review, boys and girls, will be mercifully short. I’m out of town, and helping my mom and dad. (This also means we will not do our usual Tuesday Outlander Gab on the Air radio show tomorrow night.) Was tonight’s episode the G.O.A.T. – Greatest of All Time – as Starz recently tweeted? While I really liked this one, and thought it was probably the closest of the entire series to the original story that Diana wrote (which always adds to its value, in my mind), no. And while I’d rank it as one of the perhaps top 10, I’m not sure it was an episode that I would watch again and again, like some. (What episode DO I think is the G.O.A.T.? Let’s talk about that after Season 5 is done.)

First, just a little lightness before the weight of Free Will:

I would love to hear from any of you who haven’t read The Fiery Cross about this episode. Us obsessive book readers knew that Jo Beardsley was an identical twin, even though Starz was careful to not let that out. If you didn’t know, were you surprised? Josiah tells Jamie and Claire that the rest of their family died in the crossing from Scotland, leaving these 2 year old babies, not even able to tell someone their names, to be sold into indenture. Kezzie was hit repeatedly by their master (“boxing the ears” is to hit on the head or ears, which can cause concussion and/or, as in Kezzie’s case, deafness) before he was 5. First, what could you have a 2 year old do, that you want to purchase their contract? Although, what would happen to them if someone hadn’t? And second, how awful. 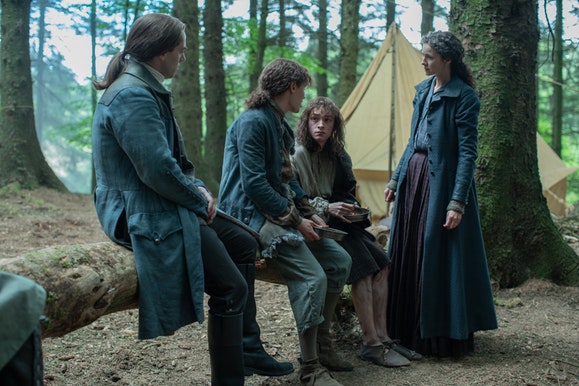 We know Jamie and Claire abhor slavery, as they should, and indenture isn’t much better. They have no hesitation to take their small amount of money (of course, really, how small is it when they’re living in a house that’s way above what their means should be…) to go purchase the indenture contract for both boys. I appreciate, in both the book and the series, that there’s no discussion of “Josiah is useful, but Kezzie?” because 1) human beings, and 2) Josiah wouldn’t do anything without his brother (yeah, we know about that, wink wink).

So how creepy was this story? Somewhere, and I thought it was Starz but I can’t find it now, I saw a tweet comparing this episode to The Shining, a Stephen King story and movie that scared the living daylights out of me (ask me about going to see that with a guy I liked during college…). One of my recurring favorite things about the entire Outlander series is Diana’s little bits of the supernatural. The story about Gavin Hayes and the tannisch; Otter Tooth; and of course, the big daddy, the ghost Frank sees outside Claire’s window in the very beginning. As written, this episode was much creepier – most of it was set outside, at night, with the wind and the dark, and the haunted rowan tree. I get why they moved it indoors – it’s too hard to film in the dark, even though really, would you want to sleep in that house? 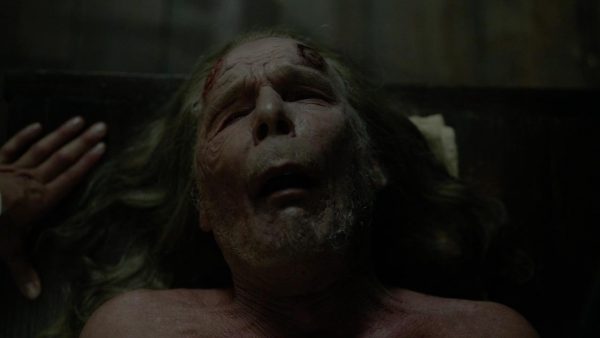 The soft, creepy music was PERFECT. Not too teenage horror movie, but dark and evocative. And the echoed laughter when Fanny calls out, “She’s not yours! You hear? She’s not yours!” was a touch of that supernatural that I love – were Mary Ann and the other wives, none of whom could give Aaron Beardsley a baby, laughing with her?

Jamie and Claire are no strangers to mercy deaths. Claire provided a poison to Colum at his request, and in Outlander (book), an assisted suicide was a career-changer for her. But this one is different for Jamie – and not because Beardsley deserved what was coming to him. 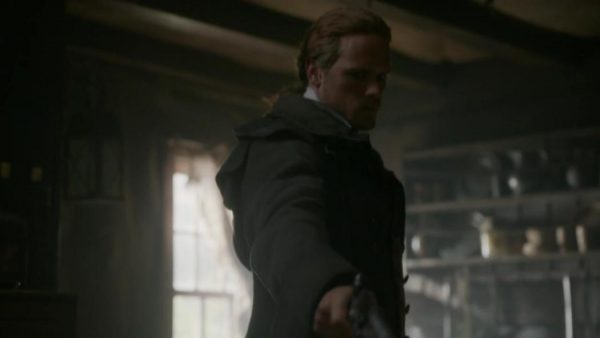 The situation brought up an old wound for him – his father, Brian, had a stroke while watching Jamie being flogged by Black Jack, and Jamie was never able to say goodbye. He also, as he told Claire, didn’t realize that it didn’t necessarily kill you outright, and that long-ago event is now in the forefront of his mind. Did his father suffer? Could he have assisted him in this same way if need be? Could this happen to him, and who will be his merciful angel at that point? He’s evaded death more than once, and now he has more to live for than ever – as Murtagh told him, “Now you have everything you ever wanted.” The possibility that it could be taken away from him at any moment, in this cruel manner, seems to shake him. 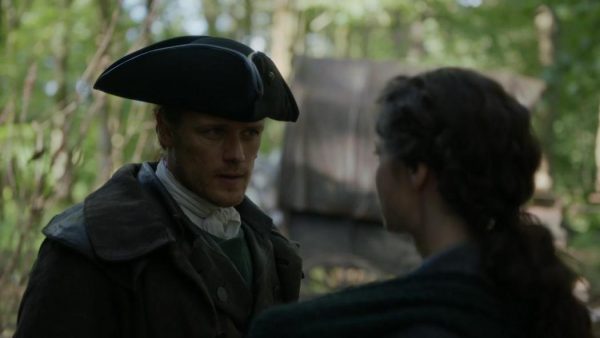 But at least Kezzie and Josiah are free, as Fanny leaves the indenture papers, and at the same time, tries to guarantee her newborn daughter’s future by leaving the deed to the home. But what future can this half-black child have? That’s a question for another day.

One of the best casting decisions this show made was to hire Lauren Lyle as Marsali. That’s all I think I need to say about that.

So why don’t I think this is the G.O.A.T.? With faithfulness to Diana’s story (except they did change the name of the male goat from Hiram to Billy, decreasing its GOATness), terrific casting for both Fanny and Beardsley, a bit of Roger, the surprise of Jo’s twin – I really did like it. I’d give it an A-. And the only reason, really, is that this is a side story – a fabulous side story, to be sure – but not intrinsic to the overall arc. Pull this out, you haven’t affected anything really going forward, like you would have if you had pulled, say, Fergus’ marriage to Marsali out. Or Bree and Roger finding the ancient news story about Jamie and Claire dying in a fire.

In the books, we briefly see Fanny again, and she returns the favor, sort of. But you can’t have a “greatest” episode without it also being an important one. The treatment of the important pieces makes or breaks a series. How the show has handled the BIG moments makes them higher on the difficulty scale, like gymnastics – anyone can do a cartwheel, it’s pretty, it’s necessary; but not everyone can do that flying thing with the twist and the landing and the…. so that’s what sets fun and pretty to look at apart from truly amazing. 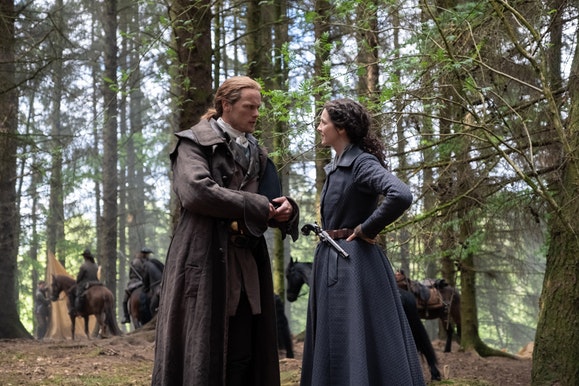 This story was very well done, it kept my interest throughout the hour, if it happens to be on when I turn on Starz during a marathon I’m sure I’ll be happy to watch it again – but it won’t be high on my list of “must see” episodes. Many of the small moments – Jamie returning home and thanking the Lord for the sight of Claire, Roger and Bree’s leave-taking, sitting around the campfire, and especially Claire talking with Marsali and evading the question of how she knows what to look for in the mold – terrific. 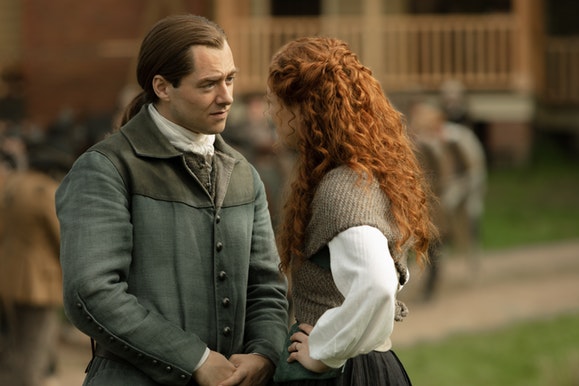 But as a story? This was a side-step. Every show has these – they don’t necessarily advance a plot, but they’re candy, and we all need that. I’m VERY glad they didn’t pull this one out, like so many of the smaller stories that necessarily have to skipped – there are only so many episodes per season, and this is a BIG story. But you do have to take a side-step every once in a while.