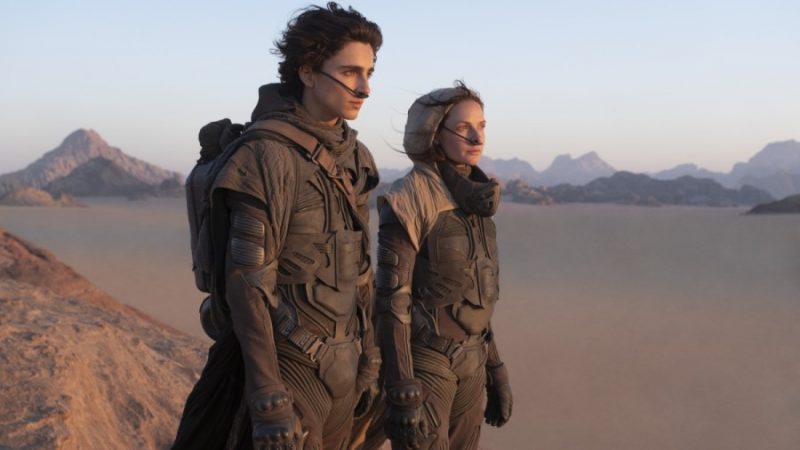 Dune is considered one of the all-time best science fiction novels in history, and this isn’t the first time Frank Herbert’s novels have been attempted for adaptation to the big screen. The most notable attempt was the 1984 attempt by David Lynch. The film was considered a mess by most fans of the novels. In fact, it flopped in the box office as well as earning just $38mil on a $45mil budget. Still, the film has earned cult status as a must-watch experience for many for its trippy visuals and musical score. Plus it had a well-rounded casting of actors. Syfy attempted another extension of the universe in a 6-hour mini-series that was also not well received. So what is the issue? The source material is very dense in world-building and it doesn’t fit into a single movie very well. 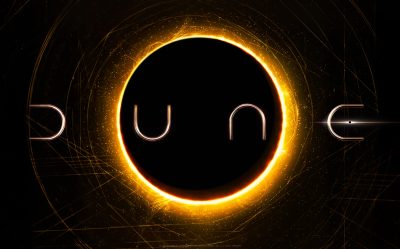 Oscar nominee Denis Villeneuve (“Arrival,” “Blade Runner 2049”) directs Warner Bros. Pictures and Legendary Pictures’ “Dune,” the big-screen adaptation of Frank Herbert’s seminal bestseller of the same name. So this may come as welcome news, that in an interview with Vanity Fair, Villeneuve stated “I would not agree to make this adaptation of the book with one single movie. The world is too complex. It’s a world that takes its power in details.”  This will certainly make fans of the books happy to hear. To add to the excitement, Warner Brothers released a series of first looks at the cast and the characters of Dune for us to speculate and enjoy while we wait.

So what is Dune about? A mythic and emotionally charged hero’s journey, “Dune” tells the story of Paul Atreides, a brilliant and gifted young man born into a great destiny beyond his understanding, who must travel to the most dangerous planet in the universe to ensure the future of his family and his people. As malevolent forces explode into conflict over the planet’s exclusive supply of the most precious resource in existence—a commodity capable of unlocking humanity’s greatest potential—only those who can conquer their fear will survive.

The photos revealed this week bring us the first look at key characters and cast members of the story. 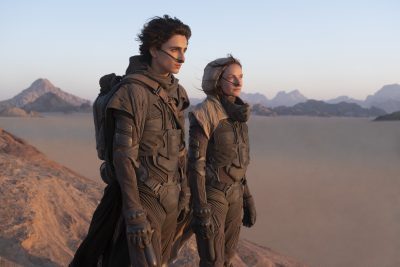 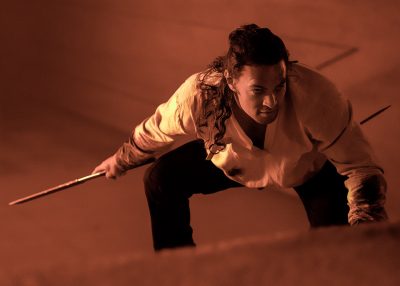 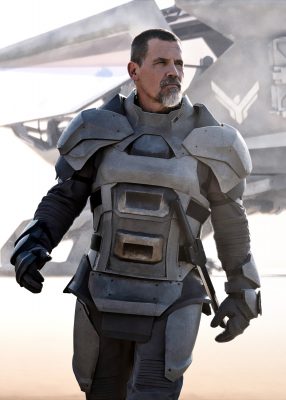 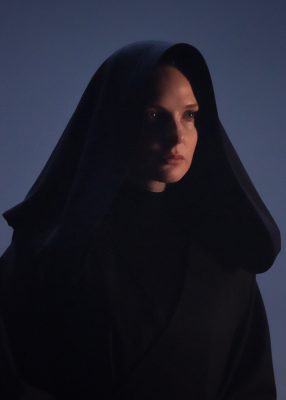 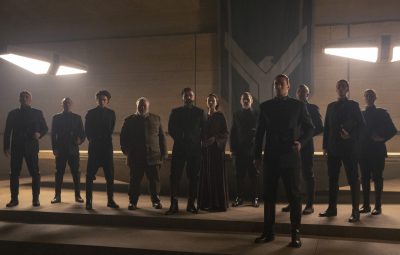 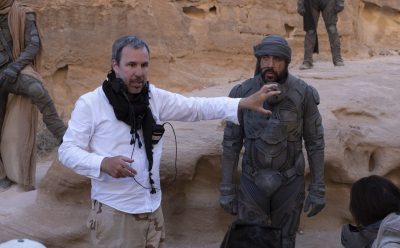 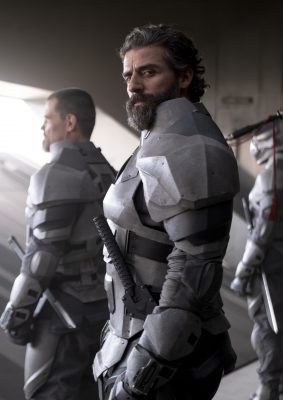 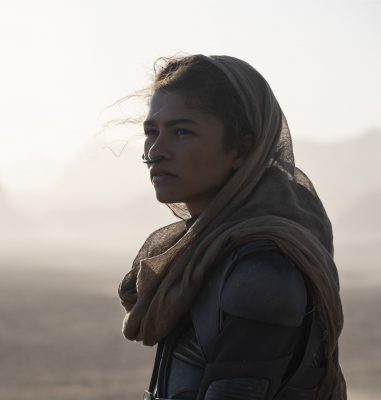 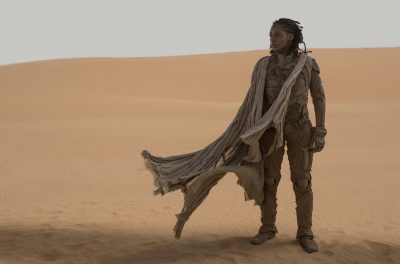 Zendaya also revealed another shot on her twitter account another shot of her character. She plays Chani, a Fremen who will play a key role along with Paul Atreides. The photo gives us a first look at the Fremens weapon, the crysknife.

Now that is one crazy looking cast line up and we are excited to see this attempt at Dune come to fruition. The music was another piece of the 1984 film that grabbed attention and Villeneuve didn’t back down after picking his cast. Oscar-winning and multiple Oscar-nominated composer Hans Zimmer (“Blade Runner 2049,” “Inception,” “Gladiator,” “The Lion King”) is creating the score. So you know the score is going to be epic.

What are you most excited to see in the new Dune? What concerns do you have with what you have seen so far? Sound off in the comments below.

“Dune” was filmed on location in Hungary and Jordan. The film is slated for a December 18, 2020, worldwide release from Warner Bros. Pictures and Legendary.