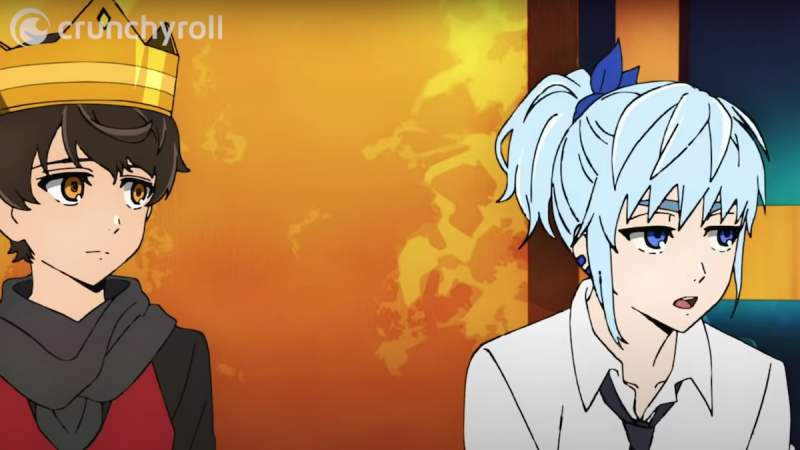 Interview With English Voice Cast of ‘Tower of God’

If you haven’t heard of Tower of God, or you have but haven’t started it, you are missing out on one of the best new series of 2020. This webtoon is being adapted into an anime. Crunchyroll also just started dubbing the series, with a killer line up of talent voicing the large cast. You can see more details on the cast line up for the dub here.

Webtoons are digital comics and gained wide popularity in the west resulting in official English translations and now anime adaptations of some of those comics. Fans of the Tower Of God webtoon were excited to hear that the series was going to get an anime adaptation of the story. But they were also concerned about how it would be treated. If you were a fan of Hunter x Hunter, you will enjoy Tower Of God. To learn more about why we recommend the series, check out our feature on why Tower Of God should be on your watch list.

We had an opportunity to ask a few questions of English voice actor Chris Hackney (who voices Khun) and Johnny Yong Bosch (who voices Bam). 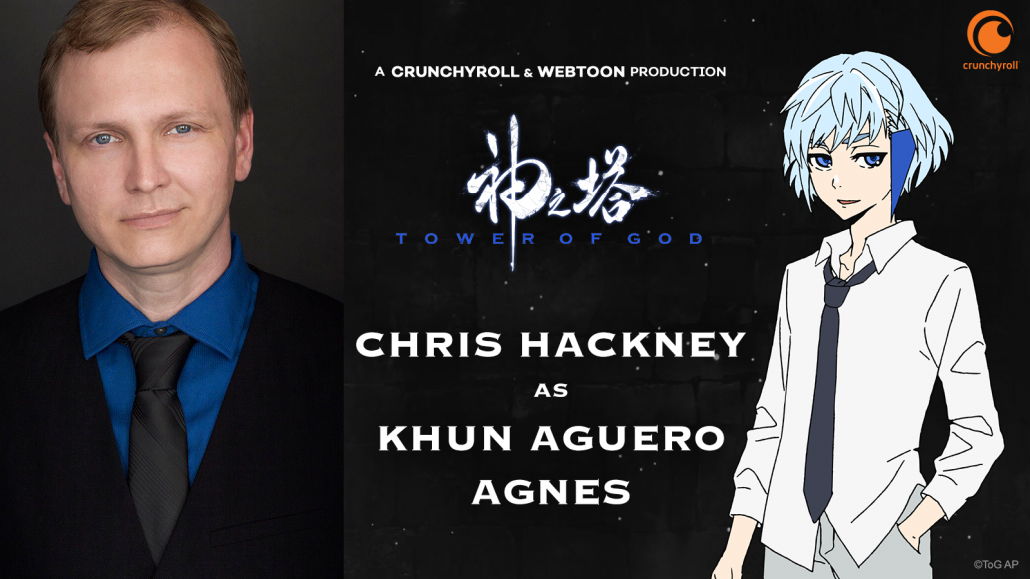 Q: Khun is a very cunning character and certainly the smartest of the group. Is this a redeeming quality for him, or is he going to get himself in trouble? I think anyone who schemes is eventually going to get themselves into trouble regardless of if you’re scheming for Good or not. The real excitement is seeing what scheme he comes up with to get out of his scheme.

Q: How much of the character backstory do you try to learn as you dive into a character? I try to do my homework where I can and let what I learn inform my acting for sure, but there’s also an excitement to being blind to what’s going to happen. If Khun and I find out about something in the same moment in the show, the reaction is more real.

Q: How has recording dubs changed for you with working from home? It was a learning curve for sure because everything we do is to picture, but I’m proud of everything we were able to do. It had its challenges and I would definitely prefer to interact in a studio setting with my friends and colleagues, but everyone’s trying their best to make good from a bad situation.

Q: What would you tell a fan of anime as the reason why they should tune in and watch ‘Tower of God’? Tower of God is gonna feel familiar, but there’s a lot of intrigue you’re gonna get and if you’ve don’t already know what’s coming you’re in for a shock. Love cool anime? You’re definitely gonna love this.

Q: What’s one spoiler you can tease for everyone about the story or your character? No spoilers from me because I want everyone to enjoy the ride like I did. The only thing I’ll say is to watch it to the end. You may just be surprised. 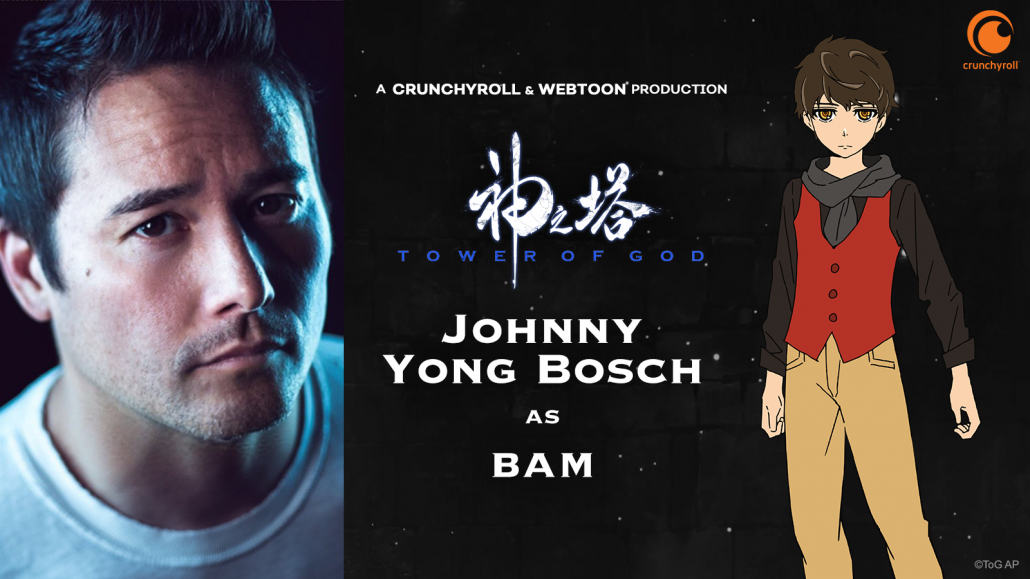 Q: How did you hear about the role of Bam? By email, I believe from an audition. I audition so often that characters become a blur and don’t really stick until you get confirmation that you got the role. That’s when you really start paying attention.

Q: Had you read the webtoon before hearing about the role, or did you read it after getting the role? I didn’t know beforehand but I did a bit of research after booking Bam.

Q: What is your routine for getting into character especially when it involves more physical scenes that require expressing emotion or exhaustion? Years of martial arts training make it easy to recall efforts for physical scenes. But approaching a character for the first time?  I dwell on the mythos of the characters’ world and think about where my character has been and where he’s hoping to go. From there I can usually just experience the scenes.

Q: Is there a particular character in Tower Of God you can relate to more than another? Rak! I love chocolate.

Big thanks to both Johnny and Chris for taking the time to answer our questions. New episodes of Tower Of God are airing on Crunchyroll Wednesdays at 10:30 EDT.