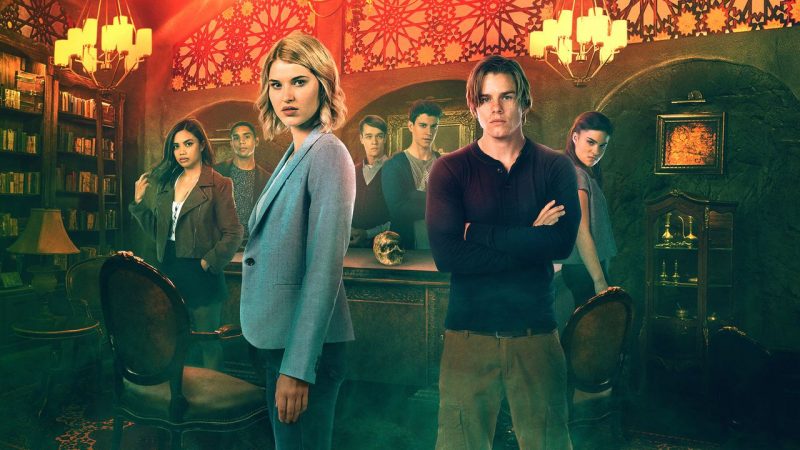 Comic-Con Interview: The Cast Of Netflix’s The Order

San Diego Comic-Con has gone virtual for 2020, like most conventions. This Saturday the cast of Netflix’s The Order will have a virtual panel to discuss the second season of the show.  The Order is joining Comic-Con@Home with a virtual panel on Saturday, July 25 at 3:00 PM PT on the Comic-Con YouTube Channel.

News on the renewal of the show has not occurred yet. However, it wouldn’t be a far stretch to think they may announce it at this Saturday’s panel, like what would normally have happened at Comic-Con. We can only hope. We had the opportunity to do a Q&A with two of the shows cast members, Jake Manley and Katharine Isabelle. First, let’s check out the trailer for season 2 before we jump into the Q&A. And remember, spoilers be ahead.

Q: Jack and Alyssa’s roles were flipped in season 2. Can you tell us about the change in character roles and what that meant to Jack’s development?

A: I thought this was a very interesting and exciting choice for the characters. They struggle so hard to be on the same side but never achieve it for long. They’re very driven by their morals, which are always changing and growing. In season one, Jack seemed completely against The Order and learned he didn’t want to be a part of it with Edward in charge. In season two, with Vera now in charge, Jack thinks The Order can change and really be used for good – something he is onboard for. I really like the dynamic between Jack and Vera in season two – they seem to have each others back and work together almost like old friends – I almost think there may be some sort of past with these two we don’t know about yet. Meanwhile, Alyssa is going “ rogue” against Vera and The Order. It was a bold choice from the writers and I love it! 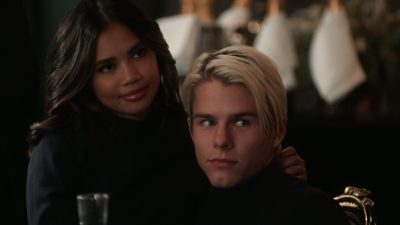 THE ORDER (L to R) LOURIZA TRONCO as GABRIELLE DUPRES and JAKE MANLEY as JACK MORTON in episode 201 of THE ORDER Cr. COURTESY OF NETFLIX © 2020

Q: Tell us about getting into character as a guy who, while under the influence of the memory powder (and Gabrielle), was more or less a cheerleader for the first few episodes?

A: That was a lot of fun! It was really great to see what Jack and the Knights would be like as just normal students. The Cheerleading part was challenging as I am a terrible dancer and cheerleader, but that’s what made it funny. I also really liked playing the conflict of having new memories created by Gabrielle, while also starting to remember Jack’s true past.

Q: With Gabrielle now a member of the Knights and so many around Jack not trusting him or his hyde, who does Jack trust going into season 3?

A: I’m not sure there are many people Jack can trust going forward. The knights have kind of been shattered once again. Jack will definitely have it out for Gabrielle and Midnight. I think Jack will still trust people like Vera, Randall, and Hamish for some things, but not sure how well he can work beside them.

Q: If season 3 is green-lite, where would you like your character to go?

A: I know Jack’s biggest focus will be doing whatever he can to bring Alyssa back. To do this I think he’s going to need help from people he doesn’t necessarily want to associate or work with. I also think if it’s possible to bring Alyssa back there’s going to be a huge cost to it. It will be very interesting to see what that cost brings about. It will be exciting for sure!

Q: Vera finds herself always trying to hold on to power as her decisions give those in power excuses to take it away. Has she learned her lesson with Hamish? 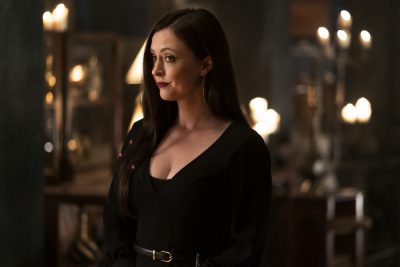 THE ORDER (L to R) KATHARINE ISABELLE as VERA STONE in episode 201 of THE ORDER Cr. DANIEL POWER/NETFLIX © 2020

A: Vera is probably going to have to rely on Hamish a lot going forward, and now that her magic is gone it is going to make her ability to successfully negotiate, form alliances, and gently manipulate the people around her will be vital to her survival.

Q: Does Vera still believe in Jack the same way she did in season 1?

A: I think Vera is more confident in Jack now, he has proven himself to be very valuable to her and the Order especially now that it’s revealed the wolves are actually supposed to be dedicated to The Order. They’ve also bonded more in season 2, they’ve been through a lot and she believes in him greatly as long as she has him on her side.

Q: What do you think Vera will do moving forward without magic? Will she stop at nothing to get it back?

A: Vera is going to have to play a very smart game, there are too many people who want her powers stripped as it is. Hamish better look out for her.  Hopefully, the alliances she has and the loyalties she has built will protect her at least at first. Maybe she has to go on the run, that would be fun. No matter what Vera will stop at nothing to get her magic back. It is her life.

Q: If season 3 is green-lite, where would you like your character to go?

A: I’m excited to see what happens when Vera really is backed into a corner. She is incredibly smart and strategic and is ferocious when necessary. Hopefully, there will be plenty of twists and turns for her to navigate. I love that ‘oh man how’s she gonna get out of this one’ feeling. And I hope we get to know more of her backstory as I think she’s super interesting the more I learn about her.