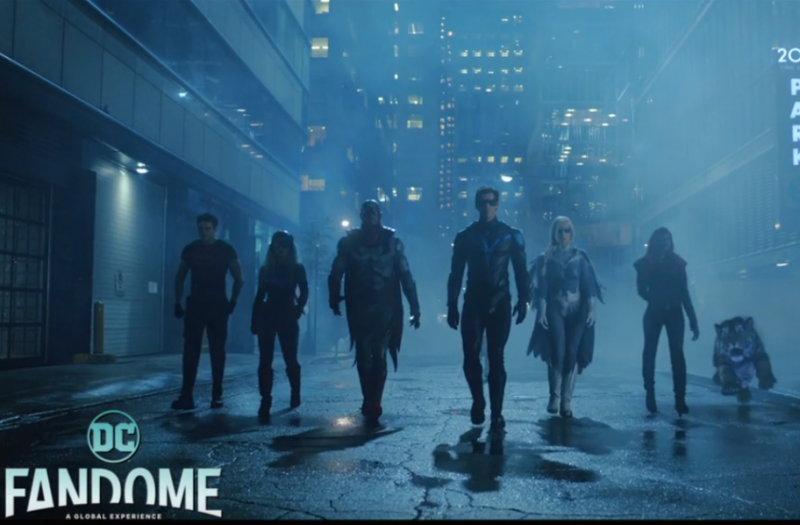 Note: DC FanDome TITANS links are only good until Sunday, 9/13/20 at 1 PM EST. Season 3 spoilers below

The darling of the DC Universe streaming service, DC’s TITANS, will return for a third season in 2021–originally scheduled for 2020 but halted production on filming new episodes due to the pandemic. Until then, here’s some good news – DC FanDome delivers new information about what’s to come for Dick Grayson and the rest of the Titans at their TITANS panel this weekend.

TITANS Executive Producer Greg Walker said the original concept of TITANS took the world created by Perez Wolfman and brought it 25-30 years forward into the psychologically and emotionally grounded universe of the present day. This change allows the show to deal with and overcome the darker themes and traumas that we have seen in the first two seasons. Building from that, season 3 plans on tackling the meaning of life, responsibility, and destiny in relation to each of our heroes, and villains, both internally and as a team.

“So many of these characters struggle with destiny. Why am I here? Why am I a superhero? What am I doing? What’s the point of it? And this is a season that a lot of people have to ask that question and some of the answers are hard. But ultimately the answer’s… they find important answers that are a part of the journey.” – Greg Walker

TITANS and the Meaning of Life

This theme is going to be reflected with everyone, but mostly in Donna and Raven’s story arcs. Yes, folks, Donna Troy isn’t done just yet! Walker reminds us that those characters who are not human bound are able to skirt some of the rules when it comes to life and death. Walker has no comment when it comes to a possible Lazarus Pit, but speaks about a whole underworld that the writers have created for the show to take fans into. Fans will explore what a transition stage is like for a hero with Donna’s return, and her death will have an impact on her character and life.

Personally, I’m seeing a Buffy moment where Donna’s soul is in the Themyscirian version of the Elysian Fields, reconnected with Garth, and then ripped back to Earth and learning to deal with it all—and if we get a musical episode of TITANS to deal with it, I’ll be doubly happy, just saying.

As for Rachel, season 3 promises that Raven will be pulling herself away from the Titans for some time. While away, she will be exploring her growing powers and trying to understand her worth in the world. This fits in with how Walker explains the tone of season 3 in that the characters have finished beating selves up about past sins, and it’s time to move forward.

Season 3 is “not so much about tearing the team apart but struggle to stay together and to do something great, something greater than the sum of their parts, that’s where they want to go, leaning to optimism, chance, hope, and possibilities,” says Walker. Of all the characters, Dove will be the guiding factor for the team, pointing the direction they should go. Now will they listen to her, that’s something we will have to wait and see.

Add onto it the location change and new or changing characters that will happen in the coming season. The Titans will be leaving the tower and heading for Gotham—a place known for having its own special set of problems. We will be introduced to both Commissioner Barbara Gordon and Dr. Jonathan Crane (aka Scarecrow) during this time. One of the plots will involve both Dick and Babs dealing with the legacy that their fathers have left behind and fixing the mistakes that come along with it.

There Are Reasons Behind a Villain’s Story

There will be two villains this season. At the end of season 2, we got the hint that Blackfire would be arriving on the planet. This is now confirmed, with Damaris Lewis returning as Blackfire, but not as a hologram or possessing someone, and instead as herself. Lewis is excited about this role, as she personally loves villains in stories and is eager to see what the reason behind Blackfire’s villain side is and what her relationship with Kory will be. Walker adds that Blackfire’s arrival will mix things up with the team and that the good sister/bad sister relationship between them will be put under a microscope, revealing a complexity to their story beyond what we already know. 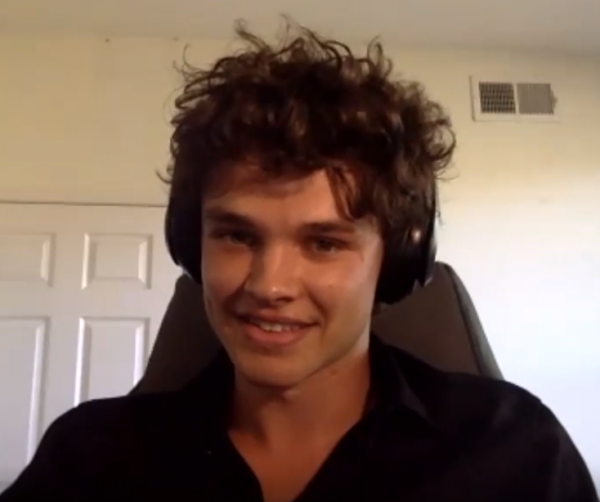 Then we get to the main villain for the season: Red Hood. The fracturing of the relationship between Jason Todd and the rest of the Titans will be sending the second Robin down a darker path. As revealed in a separate panel called “Jason Todd: Fate by the Fans”, hardcore fans know that in 1988, fans voted to have the comic Jason Todd killed off by the Joker. Playing off that backstory, the TITANS producers brought that element into season 2.

Remember Deathstroke sending Jason plummeting to his death? That episode could have ended a lot differently. In October of 2019, the fans of TITANS got the chance to vote on if Jason would live or die. In a tight contest of 28,195 votes to 27,240, the fans voted for Jason to live, leading to Connor’s spectacular catching of the Boy Wonder.

So how will Jason Todd become Red Hood in a world where he doesn’t die? Walker’s only explanation is referencing an African proverb “The child who is not embraced by the village will burn it down to feel its warmth.” Curran Walters, who plays Jason, is excited to take on this new challenge in his role.

What Red Hood’s agenda is and how it will play out over the season is a tightly kept secret, so stay tuned for more updates on this as they are released. What form do you think Red Hood’s story will take? Let me know in the comments below.

Beyond that, there are other great moments in the main panel. There’s a breakdown of fan-favorite scenes from the first two seasons, a fan Q&A to the cast, and a bonus celebration of TITANS fan art and cosplay with reactions of the cast members. Remember, DC FanDome is only live for 24 hours, and all the above links will die at 1 pm EST on Sunday, September 13th, 2020.

DC’s TITANS is available on the DC Universe streaming service as well as HBO Max, and on DVD, Blu-ray, and digital forms from all the regular providers.