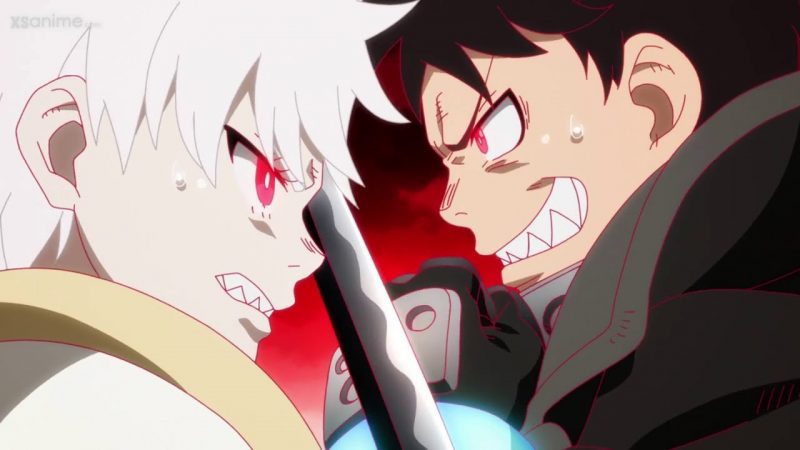 A unique take on firefighters, Fire Force comes from the creators behind Soul Eater. So right off the bat, the art design is amazing. So what is Fire Force about?

In the year 198 of the Solar Era in Tokyo, special fire brigades called the Fire Force fight increasing incidents of spontaneous human combustion where human beings are turned into living infernos called “Infernals”. Shinra Kusakabe is a third-generation pyrokinetic youth who gained the nickname “Devil’s Footprints” for his ability to ignite his feet at will. He joins the Special Fire Force Company 8, which features other flames users who have the task of both working to extinguish any Infernals they encounter and investigate companies 1 through 7.

Shinra is a third-generation pyrokinetic who wants to join the Special Fire Force to help save people from human combustion. The story starts out with his back story shrouded in mystery. We know he’s lost his family to an infernal when he was very young. Because of his ability to light a fire from his feet, he gained the nickname “Devils footprints”. Many blamed him for the death of his mother and brother. 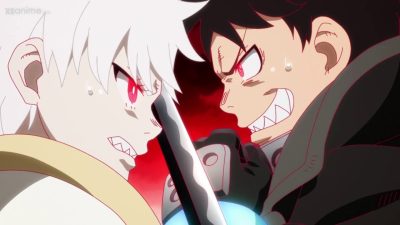 Shinra learns his brother isn’t dead like he was lead to believe but is apart of a group known as the white-clad. This group seeks to cleanse the earth and start another great fire. The Evangelist is behind the group pulling their strings and manipulating them. Shinra’s is blind-sided by the revelation of his brother being alive that he will stop at nothing to save him, no matter what. However, Sho doesn’t remember him and so Shinra uses everything he has learned to change that. This leads to the biggest fight of the series so far, and the climax for the first season finale.

In the world of Fire Force, power is defined as one’s abilities as a pyrokinetic. As the generations went on since they first appeared, powers grew more complex and multifaceted. However, even among third-gens Shinra and his brother are different. As the season goes on, with the help of those in his company and those around him, Shinra does start to unlock his potential.

Fire Force also has a dark sense of humor that makes it a fun and enjoyable watch. Shinra is a flawed but likable character, which is not uncommon in Shonen anime. What makes Shinra and Fire Force different as a Shonen anime, is that Shinra isn’t aiming to be the #1 Fire solider in the nation. He is simply looking to stop human combustion and to save his brother. And he has a devilishly infectious smile too.

The animation style brings back memories of Soul Eater. And that should not be a surprise since this series comes from the creators behind Soul Eater. But it goes just beyond style alone. The sound effects that accompany the action scenes related to Shinra’s ability and the others make for an added level of suspense. Fire Force also picked some of the seasons ‘hottest’ (Yes, I went there) opening and closing songs, including Inferno, featured above.

Hurry up and watch season 1, so you can tune into season 2 which is airing right now. Fire Force made our list of best new anime of 2019 and it continues to be at the top of our viewing list. Esp for scenes like this (queue out of context weeping character image). 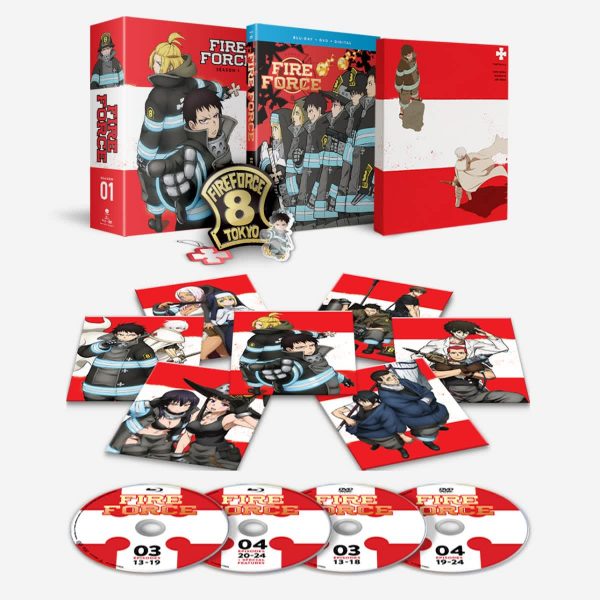 The second half of season 1 blu-ray release comes with a large chipboard box that stores both part 1 and 2 together. But that isn’t the only extra you will get with this limited edition release. You will also receive:

Fire Force Season 1 Part 2 Limited Edition releases Sept 29th and you can grab your copy with all the extra goodies over at the Funimation Shop NOW.