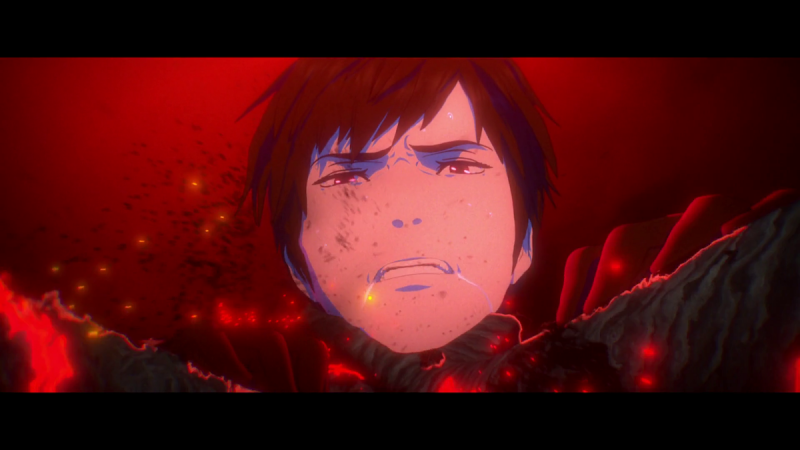 Human Lost, From the chief director of PSYCHO-PASS, director of Afro Samurai, and the studio that brought you Godzilla: Planet of the Monsters.

The year is 2036. A revolution in medical treatment has conquered death by means of internal nanomachines and the “Shell System”, yet only the richest can afford to partake. Yozo Oba isn’t the richest. Troubled by strange dreams, he flippantly joins his friend’s biker gang on an ill-fated incursion to “The Inside”, where society’s elite lives. This instigates a journey of terrifying discovery that will change Yozo’s life forever.

Osamu Dazai’s masterpiece of Japanese literature is re-imagined in this hyper-kinetic deep dive into human consciousness.

Human Lost explores the meaning of humanity, self worth and human consciousness. Set in the year 2036, the people of Japan live far beyond their normal life span, including a select group of ‘qualified’ who live to 120 years. To achieve that a serious of 4 medical breakthroughs had to occur. Given the short hand of GRMP, those four advances in medical science were: Genetic manipulation, regeneration, nanomachines and panaceas. Though living forever seems like a great thing, not everyone agrees.

Everyone is connected to S.H.E.L.L., the organization controlling the health of its citizens and it claims the future of humanity. Nobody can die in this city, as S.H.E.L.L. can bring them back from death. Masao Horiki, who seems to know a lot about the GRMP system, is doing his best to tear it down. Our main character Yozo Oba, paints all day and has attempted suicide at least once that we know of. But in this world he cannot die. 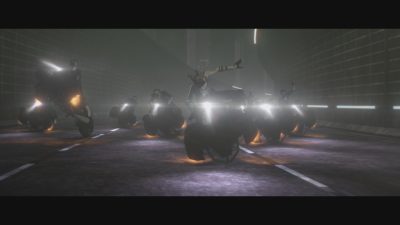 Human Lost, which is reimagined on Osamu Dazai’s No Longer Human, has many themes that tie into other popular adaptations on human consciousness. For example, there are Ghost In The Shell vibes from the continued pursuit of what it means to be human. You could also look at the Qualified’s attempts to control the heath standard for its citizens in the same way the human instrumentally project was forming in Evangelion.

No matter what you want to compare it against, the lessons on it seem to continue to point to our ultimate demise. I don’t think there is any science fiction story set in the future where curing all illness and living forever has ever resulted in a world where everyone lives. There is always a price to pay. The animation style for the film is 3DCGI which can be distracting at times. Still there is something interesting about its take on the world where people no longer fear death.

Our main character Yozo Oba, takes on the Lost, those who lose their connection to the system and transform into monsters, as his personal mission. He takes them on to destroy them and bring the salvation of humanity. Oba doesn’t believe in himself and considers himself having lived a life of shame. These themes trace directly back to No Longer Human and the authors inability to fit in and connect with other people.

What the film does well is the way it shows us how different people coup with life without death. Some take risks and do something reckless because they know they wont die. Others work to serve those in power for hopes they might get special treatment. While Oba and Yoshiko Hiiragi, the girl who saw hope in Oba, hope for humanities salvation. The subtle nuance is the key to this story, even if not presented as the main story point. 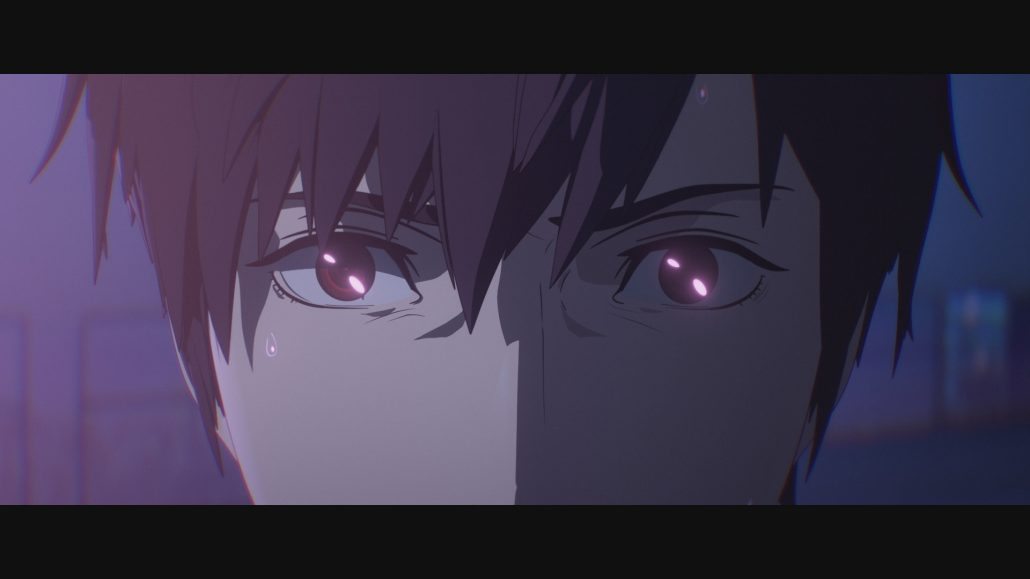 While the animation is decent, and the story plot nothing new, Human Lost is still thought provoking on a deeper level. What would happen if we lived in a world where we could live forever? What would that mean to us? Would we be the same if we no longer feared death? Even if you are looking for something enjoyable visually and don’t want to put your thinking cap on, it fits.

Human Lost provokes the imagination and humanity inside all of us and asks: What makes us human?

Human Lost received a Funimation Blu-Ray, DVD and digital combo pack release. The movie which has a 109 minute run time will come in english and Japanese audio. The following special features will be included:

You can grab your copy over at the Funimation shop now.