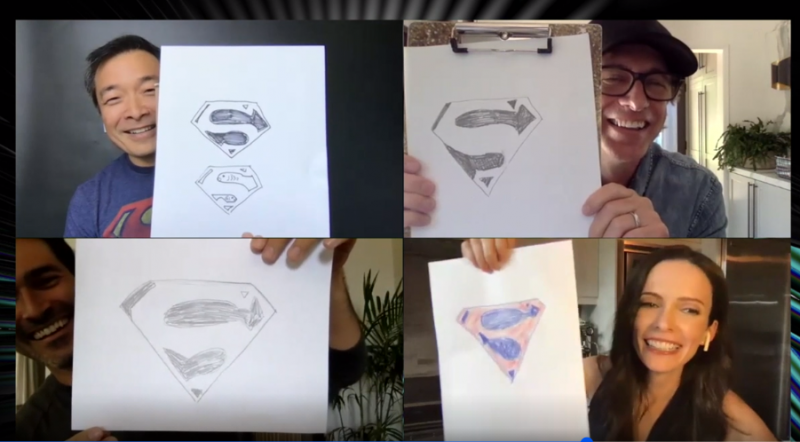 Back in January, the CW announced that they had given the order for a Superman series to be made based on the “Arrowverse” characters of Clark Kent/Superman and Lois Lane. Since then, tiny bits of information have trickled out about Superman & Lois to get fans excited for the power couple of DC Comics to join the network on a weekly basis. During DC Fandome on 9/12/20, all that information—and more—became confirmed during a thirty-minute panel moderated by DC’s Chief Creative Officer, Jim Lee.

When last we saw our iconic couple during the Crisis on Infinite Earths crossover event, they started the crossover on Argo with Jonathan Kent as an infant. By the end of Crisis, Lois is calling Clark home because of a problem with their boys. Boys—plural. Oops? Looks like the merging of Earths popped out an extra Kent baby.

Well, more like a teenager. That’s right, folks, Superman & Lois will focus on Lois and Clark raising their fraternal twin teenage sons in a post-Crisis world.

Todd Helbin—executive producer and showrunner—developed a premise for Superman & Lois that reflects how this series will be different from all its predecessors: juggling the superhero lifestyle with super parenting.

This version of the Superman mythos will bring a humanization to Clark that we haven’t seen before. Our mild-mannered reporter will need to juggle his reporting job, his responsibilities as a father, and saving the world from the villain of the week. On top of that, Lois still intends to fight injustice with her words and wit while dealing with the twins’ changing bodies and hormones.

Superman & Lois: the heroes of the working nuclear family. 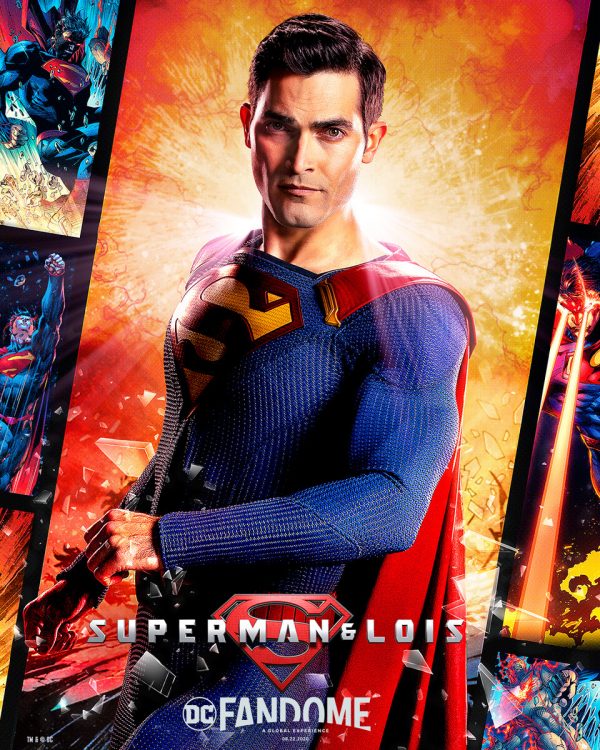 Instead of being set in Metropolis, this series will be set in Smallville. The Kent family returns to Kansas to give their boys a normal life away from the dangers of the big city. Growing up in a small town comes with its own complications, though.

Tight-lipped with specific details on the plot, Helbing mentioned that characters like Lana Lang and General Sam Lane create additional conflicts for Lois and Clark. While General Lang has strong opinions on the Kent’s parenting methods, he also sees Clark as a weapon for him to wield. Meanwhile, Clark reconnects with his high school sweetheart Lana. We know Clark is too much of a boy scout to cheat on his wife, but that doesn’t stop Lois’s fears and jealousy.

Both Elizabeth Tulloch (Lois) and Tyler Hoechlin (Clark) are up for the challenge of being super parents.

Tulloch, already a mother with a teenager herself, is excited to portray the working mom. She jokes that she’s already used to her kids judging her, so she’ll be able to bring that frustration to the role. She sees Lois as a woman who doesn’t compromise her sense of self or her goals. The conflict Lois will go through is her dedication to her career and how good she can be at her job while not alienating her kids. “She gets why Superman is important to the world”, Tulloch says. If it means sacrificing part of her life so he can continue to do that, she’s more than content with the decision.

Wearing the S is a big responsibility that Hoechlin takes seriously. During his interview, he talks about how the world is in a place right now where we need the hope and optimism that Superman brings to help us get through it. When children came to the set while he was in costume, he realized that they didn’t see him as the actor, but as Superman. For the series, he pulls inspiration for Clark from his own father, a doctor raising four kids. In reflecting on those years, Hoechlin realized how often his father was gone for work and how he juggled that and being with his kids.

Another source of inspiration for them both comes in the form of today’s journalists. Tulloch points out that they are dealing with coming under fire and public distaste, and yet they still show up to do their jobs. Hoechlin adds that people who struggle to speak the truth are heroes and that anyone can be Superman as long as they choose to do the right thing.

More details will come out once production can restart, so stay tuned!

Superman & Lois is set to premiere on the CW Network in 2021. The original plan was for it to air on Tuesdays after The Flash, but after the pandemic, nothing is set in stone. In the meantime, you can find Clark and Lois in the crossover events Elseworlds and Crisis on Infinite Earths, and Clark on his own as a guest star on Supergirl beginning in season 2.