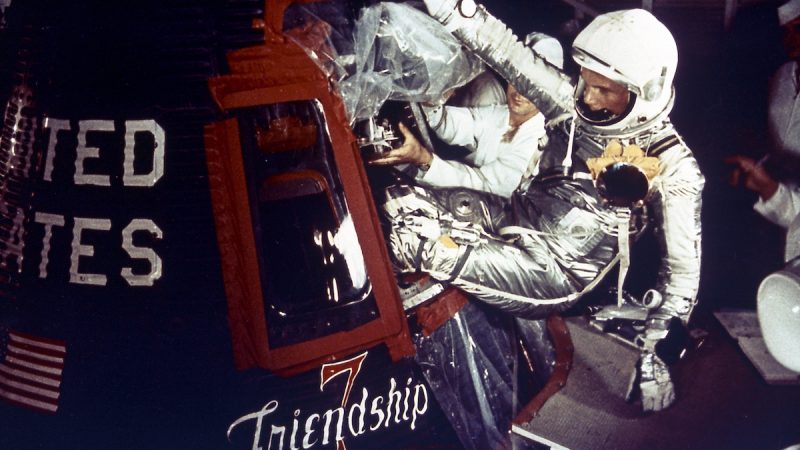 “The Real Right Stuff” catapults viewers back to the late 1950s to tell the story of the nation’s first astronauts, known as the Mercury 7. Interlacing archival news and radio reports, newly transferred and previously unheard NASA mission audio recordings, and rare and unseen material, this documentary immerses viewers in one of the most dramatic periods in American history. The two-hour documentary, from National Geographic, is directed and produced by Emmy® and Peabody Award-winning filmmaker Tom Jennings (“Apollo: Missions to the Moon,” “Challenger Disaster: Lost Tapes”) who’s recognized for his trademark-style of documentary storytelling; “The Real Right Stuff” complements the Disney+ original scripted series “The Right Stuff,” which will premiere its season finale on the same day.

Tom Jennings, an Emmy and Peabody Award-winning documentary filmmaker and journalist, is executive producer and director of National Geographic’s “The Real Right Stuff,” a two-hour companion documentary to the scripted series “The Right Stuff.” The documentary begins streaming on Disney+ November 20.

Jennings has written, produced and directed more than 400 hours of programming on a variety of topics, including politics, religion, history, crime, sports, mystery and travel. He has produced documentary films all around the globe and has looked for new ways to tell stories that are informative and entertaining.

Jennings started his career as a print journalist, writing for the New York Times, the Los Angeles Times and Associated Press, and in 1994 he was nominated for a Pulitzer Prize in journalism.

As you went on the hunt for rare and unseen footage for this documentary, what goes into to finding this history?
Bottom line, it’s a lot of work. It’s easy to find the images and sounds that everyone else has used before – that’s why those images are so familiar to viewers. When we find images, footage and sounds that are familiar to us, our first instinct is to throw them out. That’s because we want to find new ways to tell familiar stories. We always look for outtakes, stills from photographers who were never published, and we use a lot of radio. We feel that radio is the “forgotten” archive often in documentaries. Radio really is a “theater of the mind,” so the language used in radio reports is vivid and colorful. When you match that kind of sound with new imagery, a special kind of magic is created. Also, we rely heavily on local news broadcasters. It’s easy to tell the story of the Space Race using Walter Cronkite, but the audience is very familiar with him. Instead, for this film, we went to local news affiliates in places, like Cocoa Beach, Florida, and mined their archives for images and sounds that have never been seen nor heard before… unless you were living in Cocoa Beach in 1961!

What makes the flight to make it to the moon different in importance from our current efforts to go to Mars? (outside of the technology differences)
What makes the Mercury flights different from any that came after them is one thing: they were the first. While we are currently amazed by the rush to be the first to Mars – and rightly so – when the Mercury Astronauts were launched into orbit, it was something that had never happened before. It was like Lindbergh flying across the Atlantic for the first time. Many people believed that space flight was impossible and that everyone who attempted it would be killed. So the difference between the early 1960s space program and now is that we are all so much more familiar with space travel today. Back then, attempting such a thing was seen as both madness and the ultimate expression of courage.

What event or footage were you most proud of showing that viewers had not seen or heard about before?
There are many. Astronaut John Glenn’s home movies are incredible to see. The tape recordings made by the author Tom Wolfe interviewing astronaut wife Rene Carpenter were spellbinding to us. We don’t believe anyone other than Tom Wolfe, himself, had ever listened to those tapes. Also, the musical number by a little Cocoa Beach band called “The We Three Trio,” about the lives and celebrity of the astronauts, was a lot of fun. It gives a glimpse into how people lived their lives back then and just how huge the early space program was for Americans.

What do you think about our future in space?
I think the future for space travel is bright and vibrant because of so many private individuals like Elon Musk and Jeff Bezos continuing to push us into deeper space, along with space programs in the United States and other countries. However, I’m not sure the fervor of the early 1960s for space travel will be equaled until we make that legendary “First Contact” with some life force out there that is not from Earth.

How much influence has modern science fiction had on interest in space and NASA over the decades?
Science fiction is a way to let our minds wander; to dream the impossible; and to consider the improbable. The fact that so many people turn to science fiction, not only as great storytelling but perhaps as a glimpse into the future, proves that the creators of science fiction are continuing to fuel the fascination with what is out there, and I think that is going to continue.