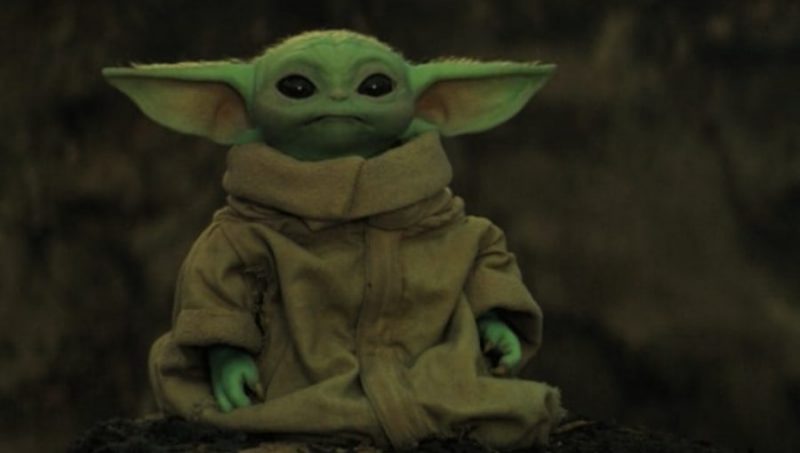 The Manalorian: ‘The Child’ Gets A Name As Ahsoka Tano Arrives – Review, Ep. 205

Well, there were certainly some fun reveals going on in The Mandalorian, Chapter 13, “The Jedi.” Mando’s hop to the forest planet Corvus not only led us on another fun and action-packed adventure, but delivered two things fans have been clamoring for since this all began – the arrival of Ahsoka Tano and the name of “The Child.” Mission accomplished as the fifth episode in season 2 gave us both.

And, as usual, nothing is cut-and-dried for Mando when he arrives on the planet looking for Tano (remember, Bo-Katan had sent him there). No, as is the norm when Mando arrives in a new place, there’s someone needing help or a pack of evil-doers needing to be cleaned out. Such is the case in Corvus where a magistrate of a city rules with a heavy hand and a ruthless heart. And, as we find out, she’s got some Imperial connections as well. Interesting, that. 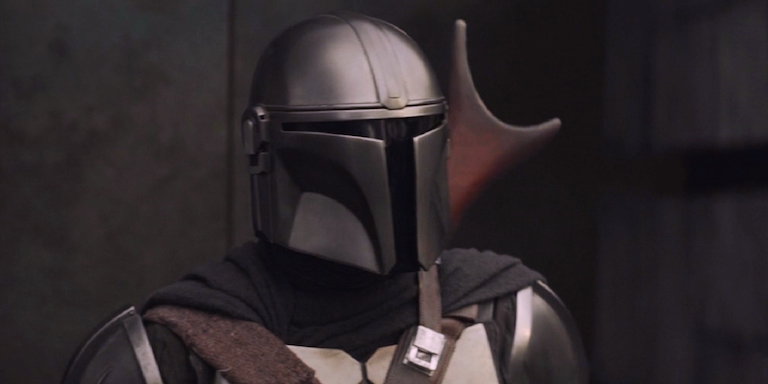 A little props for Diana lee Inosanto, who brought a calm ruthlessness to her role as Morgan Elsbeth, the magistrate with an iron grip on the city. What is it about these Imperial cohorts, they just seem to be calm and cool bad people? Inosanto delivered Elsbeth in the best possible bad light. And, she could fight, as we found out later on. Well done by Inosanto.

Ahsoka Tano’s part in this drama begins early when she waylays a score of the magistrate’s soldiers as she lets it be known that the magistrate has information she requires – and she’ll come and get it if it isn’t offered freely. It’s fun to see Rosario Dawson as Tano, and her take on the character. An added bonus, of course, is seeing Michael Biehn as an ex-soldier in the employ of the magistrate. Two actors with plenty of chops bringing interesting twists on characters – one a classic Star Wars entity, the other just a guy serving a ruthless leader. Still good stuff.

Naturally, Mando falls into the middle of the maelstrom and is offered a spear made of pure beskar to kill the Jedi. I’d wondered why he’d taken on that commission, but realized that for him, it was an excuse to seek out Ahsoka Tano without arousing suspicion. Once connected, we learn a nice bit of backstory about The Child, as well as the child’s name – Grogu. That’s a pretty nice little tidbit that will put an end (or not) to the many names this little guy is called. 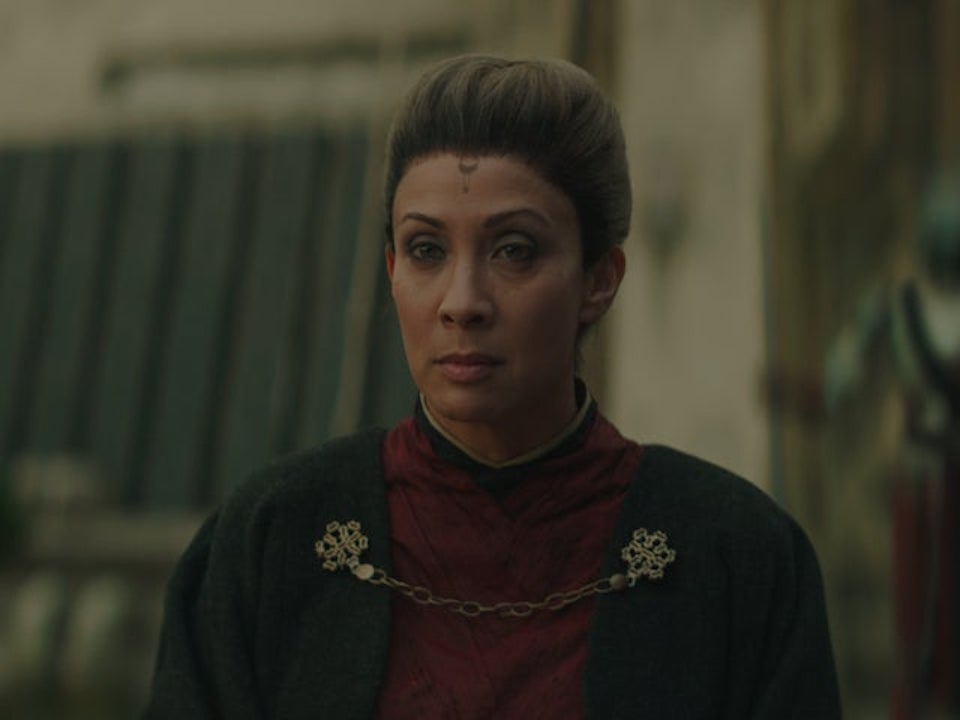 Tano is able to feel Grogu’s feelings and offers some tidbits about his upbringing and his path to this moment. We also see that Grogu has formed a strong attachment to Mando, something that puts a bit of a crimp in his plans. Let’s face it, once he found Tano, Mando suspected this particular quest was done. Hand Grogu over, thank all involved, and off he’d fly to whatever was next. Not so fast, my beskar-wearing friend.

I was a little surprised when Tano refused to train Grogu — not once, but twice. The youngling is filled with fear and there is darkness there, something Tano references as dangerous, noting she’s seen what that can do “to the best of us.” A nice little reference to those Jedi who have turned to the dark side, most notably Anakin Skywalker (Darth Vader).

I found myself rewatching this episode a second time immediately after the first – sifting through the hidden meanings and Easter eggs that might be found there. But really, I watched it again and again because I enjoyed the heck out of it. I thought the arrival of Ahsoka Tano, so close on the heels of Bo-Katan gracing us with her presence, has been a delightful little run for the show. Star Wars enthusiasts must be delighted with what has transpired over the last few episodes as elements of Star Wars canon have delightfully emerged.

Ahsoka Tano meets The Mandalorian in Chapter 13, “The Jedi.:

But I thought this episode had just the right balance of history, reveals and action. Personally, I love a good batch of blasters versus light sabers and this one has it aplenty. A good, rollicking run through the battle scenes was really enjoyable. Couple that with the fun of learning The Child’s name and discovering even more elements that should be fun to explore. Yes, this was a good one and there are a lot of elements roaming around that should be a blast to sift through.

It would seem, however, that Mando will not get rid of his little bundle of green joy so easily. Naturally, Tano and Mando find common cause in disposing of the magistrate and her iron grip on the city. And even within that, we learn another little tidbit that is fueling Tano’s interest — the hunt for Grand Admiral Thrawn. It would appear that Ahsoka is still searching for Thrawn, who disappeared with her fellow Jedi Ezra Bridger in the final episode of Star Wars: Rebels. And with that, Mando gets pulled a little deeper still into the Star Wars universe.

What’s really fun here is that Star Wars fans have been buzzing on social media about this since the episode dropped Friday morning. 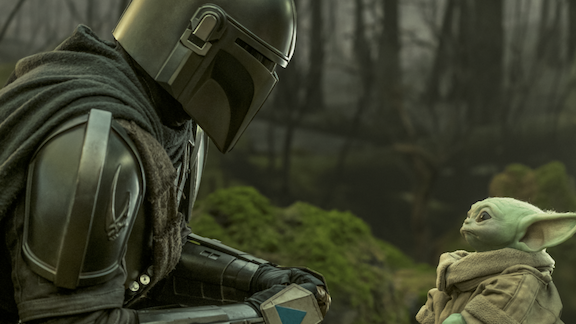 What we learn here is that Grogu’s attachment to Mando also leaves him vulnerable – to outside enemies and the darkness that is roiling inside him. There’s a wonderful moment when Ahsoka tests Grogu, but sees that the child only responds to the Mandalorian. She tells him later that Grogu looks on him as a father and that, again, she cannot train him.

Mando is given the spear of pure beskar after cleaning out the city and is sent on a new mission – a temple on the planet Tython. Mando is to place Grogu on the seeing stone at the top of the mountain. There, the child has the chance to reach out in the force and a Jedi may come for him. But as Tano notes, there’s aren’t a lot of Jedi left out there. There’s a wonderful sadness about Ahsoka during this little scene. The past certainly informs the present in the aftermath of the fall of the Empire.

And with that, Mando has a new mission. However, I think it unlikely that our Mandalorian will simply yield the child. He demonstrates a stiff kind of affection for the child and even showed pride when Grogu demonstrated his powers to Tano. Now, it would seem the destination is Tython and an old ruined temple. All this with Moff Gideon obviously tracking them in another attempt to get Grogu and extract midichlorians for their cloning experiment. 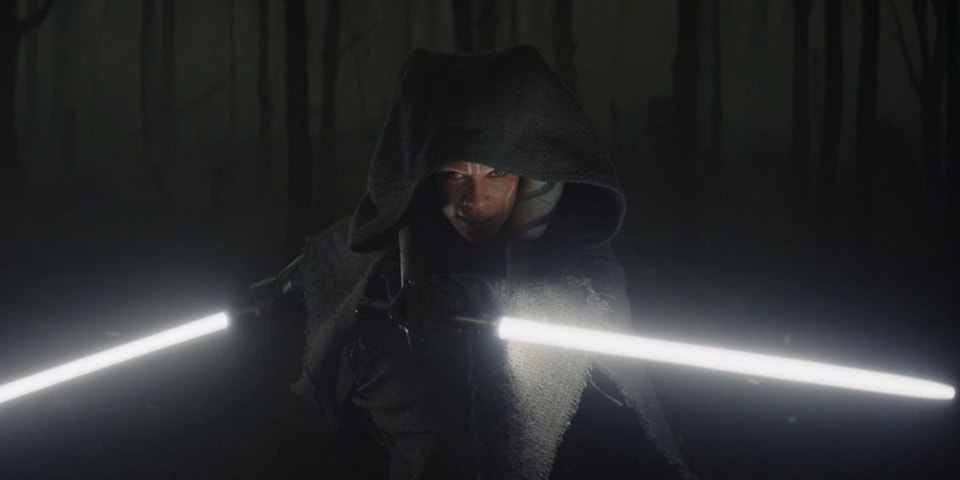 Another little tidbit I found interesting was what happened to the Magistrate. Ahsoka had her blade to the magistrate’s throat when asking about Thrawn, then next she’s walking out the city gates. Interesting that we don’t see what happens to her, particularly given the amount of killing that went on in the episode. Did Ahsoka kill her? Did she realize the magistrate’s power was over and left her to the townsfolk’s mercy? Anyway, I thought it interesting.

For my money, season two of The Mandalorian continues to deliver the goods. The enjoy the little side treks that Mando continually falls into. It does give the series a “lonely gun for hire” kind of vibe and one that I think works well episode to episode. My feeling is that The Mandalorian has taken a nice step up in its storytelling as it relates to the vibe this show wants to offer. It’s High Plains Drifter meets Pale Rider meets Star Wars. And for me, it works.