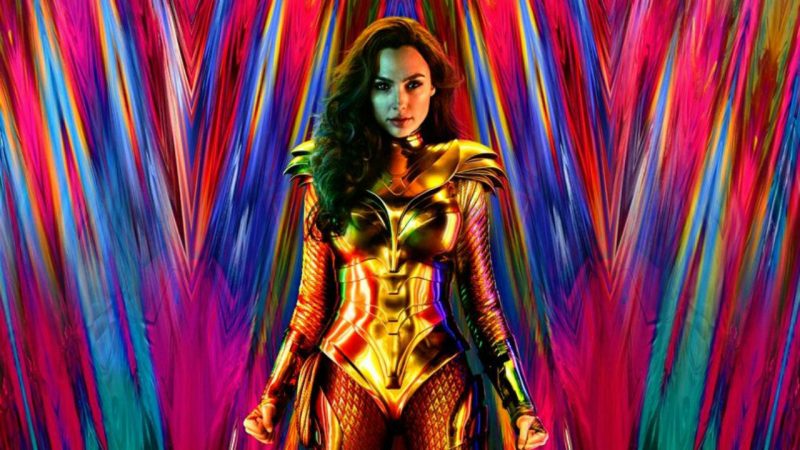 This year has been anything but normal. So many of the most anticipated films of 2020 were either pushed into 2021 or have gone the route of PVOD. Warner Bro’s signed a deal for 2021 which will have all of their films, including those pushed from 2020 available on HBO Max the same day as they arrive in theatres. While the theatre chains are angry about this, it was about time someone stepped in and had a forward-looking plan for the future of film. I am not saying going to the theatre is dead. The experience needs to evolve and right now many places don’t even have open theatres for you to go to.

So fast-forward to Wonder Woman: 1984 which comes out this friday. After getting pushed from its original date, the announcement of being the first to be featured in the new HBO Max deal has people excited that they can have something new to watch either at home or in a theatre (if that’s an option). So what is the setting for the new film? Diana Prince lives quietly among mortals in the vibrant, sleek 1980s — an era of excess driven by the pursuit of having it all. Though she’s come into her full powers, she maintains a low profile by curating ancient artifacts, and only performing heroic acts incognito. But soon, Diana will have to muster all of her strength, wisdom and courage as she finds herself squaring off against Maxwell Lord and the Cheetah, a villainess who possesses superhuman strength and agility.

Suspending belief is just part of watching any super hero film because most of what you see in there is just beyond anything you should be compared to real life. But when one of the premises of the story, or its title is completely missed, it stands out as a distraction for the story you are trying to immerse yourself in. For a film whose title includes the year 1984, you will be disappointed if you were expecting to find yourself immersed in 80’s culture, music or fashion. But that should be a minor gripe, right?

The formula for the film is not anything groundbreaking or new. And rarely do sequels end up better than the original. Perhaps we set ourselves up for failure with too high of expectations going in but that’s the barrier the directors and writers have to bear. Wonder Woman suffers from a story that just feels small in the grand scheme of things. Unlike some of the other films in the DC universe, or even Marvel, this film makes no real attempt to place itself within the broader world. Instead, it feels like a side quest of self-discovery.

This isolated story does have some benefits to give credit to the film though. The isolated story allowed them to focus on character growth for Diana without getting tied into making sure all the connections to the other stories were correct and didn’t conflict with the established canon. That many times can act as a distraction to good stories. I am a sucker for worldbuilding and backstory, so the additional look into Diana’s childhood was a welcome trip down memory lane. But outside of Diana, we don’t really care about Max Lord or the Cheetah outside of them being defeated. We are missing the grand villain or a real to feel for their situation.

The last sticking point for me in this film was the plot holes. It is a commonly used, but usually sparingly, practice to avoid burning minutes on the screen showing off unimportant or mundane tasks in order to push the story along by making them happen off-screen. But if done at the wrong moment or too often you end up feeling like important things are missing. Take a moment in the film where Steve (Pine) hops into the plane and within 30 seconds is able to fly it. Remember the last we saw him pilot anything was 1918. How he manages to figure out how to fly a modern aircraft in 1984 within seconds becomes a glaring issue that distracts the rest of the film. Another point in the film involves armor but we won’t spoil anything there.

Overall it’s a decent and entertaining superhero film that any fan of Wonder Woman will enjoy. Don’t expect any grand after-credit scene that will tie it into the larger DC Universe (though don’t skip what’s there, esp if you grew up on Wonder Woman). But let’s face it the most 80s thing about this film was the trailer soundtrack. The film released in theatres and HBO Max streaming this Friday.