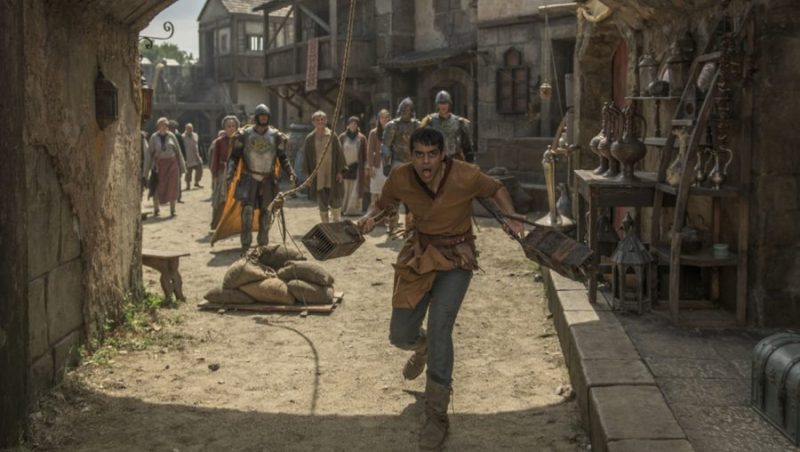 Well, the gut punch of losing The Mistress in season 2 was replayed with heart-wrenching anguish in episode 312 of The Outpost. And I blame Executive Producer Dean Develin and the writers for it. Curse your creative, yet enjoyable, juices.

Oh, I don’t wish to speak ill of Dean Devlin and his staff, but have they not tormented us enough with key losses in this series? I suppose that’s a rhetorical question for the penultimate episode (Where Death Lives) of season 3A, given that the first painful shoe dropped upon our hearts – and it hurt. Oh, how it hurt.  In one thrust of a dagger, and the “thwack, thwack, thwack” of arrows in the back, Tobin was the latest casualty of a show that isn’t afraid to send some of its characters to the great beyond. I’ll state this with utter clarity – I hate the loss of Tobin and revel in the work that Aaron Fontaine has done with the role. 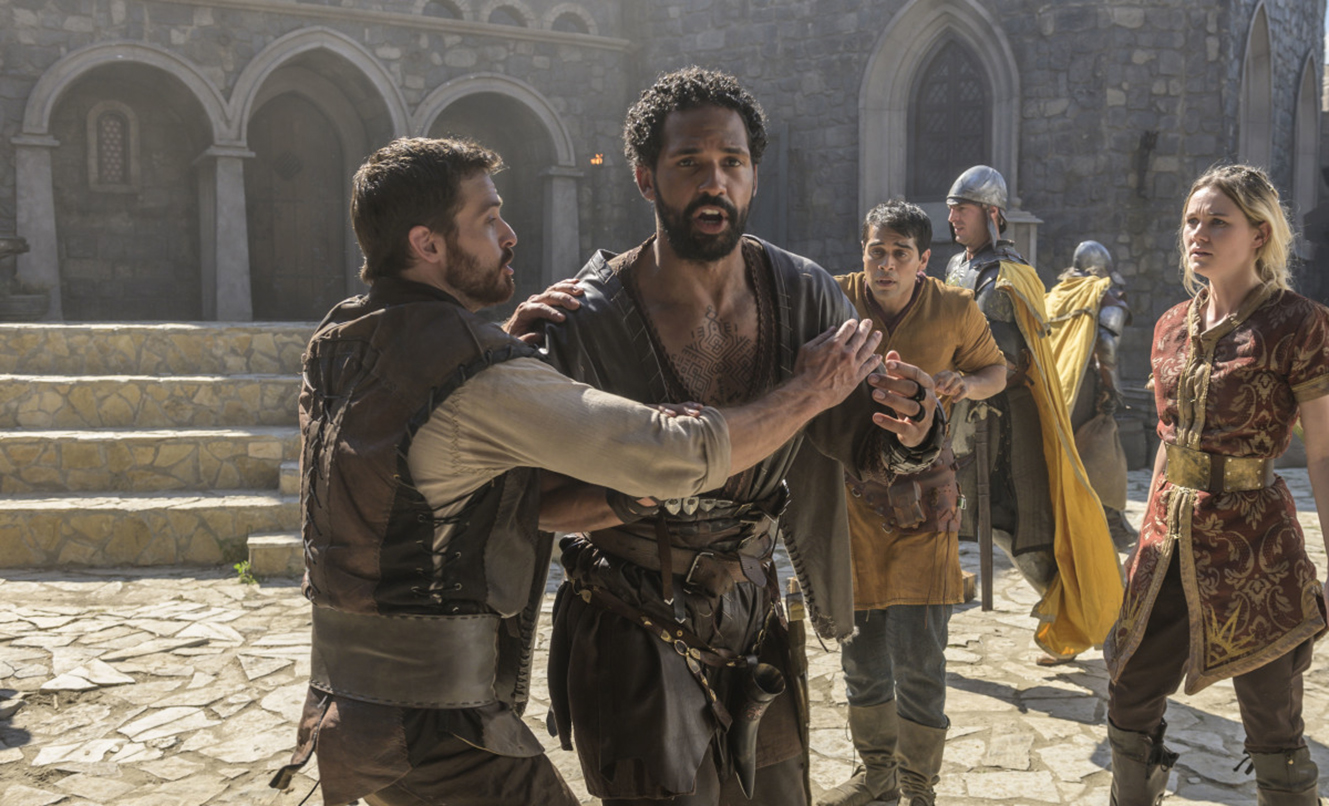 Watching Tobin die in the arms of Falista as they barricaded themselves in to stay away from The United, which had infiltrated The Outpost, was a tough go. In the end, Falista and Tobin found a common ground that you wouldn’t have thought they’d stand upon. It was a crushing moment, to be sure, and I’ll miss the hell out of Tobin. He was a character that showed up to the Outpost as a hard-drinking, immature man-child and slowly, before our eyes, turned into something noble and enjoyable.

His is a hard loss, to my mind, but I have a funny feeling that he may not be the last one. If we learned anything from last season, the losses can mount in a very uncomfortable way on this damn show. I was glad to see that Tobin recommitted to his marriage to Falista and died saving her life. In the end, the hard-drinking, wenching, unpleasant baron turned into a noble, brave and deserving-of-his-title man of the realm. His loss will certainly be felt within the close quarters of his friends.

It seems that Yavalla is truly unstoppable. She’s got strength in numbers and is clever and cunning. Her infiltration of The Outpost was smooth and silent and when those doors swung wide open, you knew the jig was up. 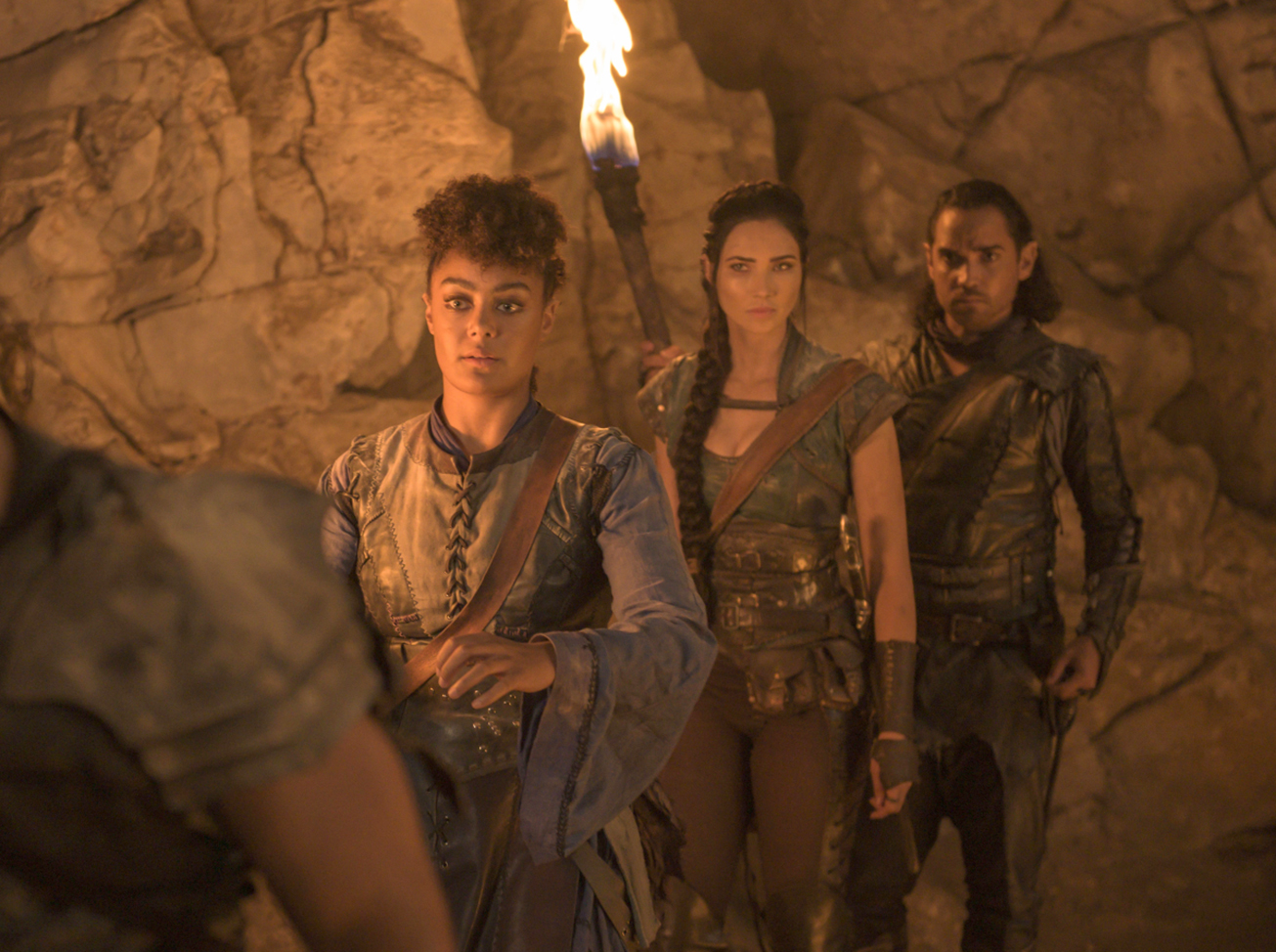 Fortunately, as is usually the case, it was Janzo who noticed that all was not normal within the Outpost. And once he sounded the alarm, the race was on to get as many people as possible barricaded within the keep – and it doesn’t look like it was a lot. Yavalla’s plan looks to be almost complete, barring a miracle, which I’m beginning to doubt we will see by the conclusion of Season 3A.

It was hard not to loathe her as she stood on that distant hill, working through her minions within the walls, and smiling that wry smile. On a side note, I like the bleach blonde strands in her hair. Good style choice for a despotic, delusional would-be god, I suppose.

While disaster and infections were permeating the Outpost, Zed, Wren and Talon were having quite the adventure on the Plain of Ashes – a garden spot of flame, poor air quality and the crazed nuttiness of Corven, Zed’s brother. Turns out, Corven (played an intensively schizophrenic zeal by Ross Ritchie. Truly, brotherly love) wasn’t always like this. He was one of the warriors to accompany Yavalla in the search for the black box. But a poison of some kind, and Wren’s blind attempt at curing him, left him alive, but with plenty of bats in the belfry. 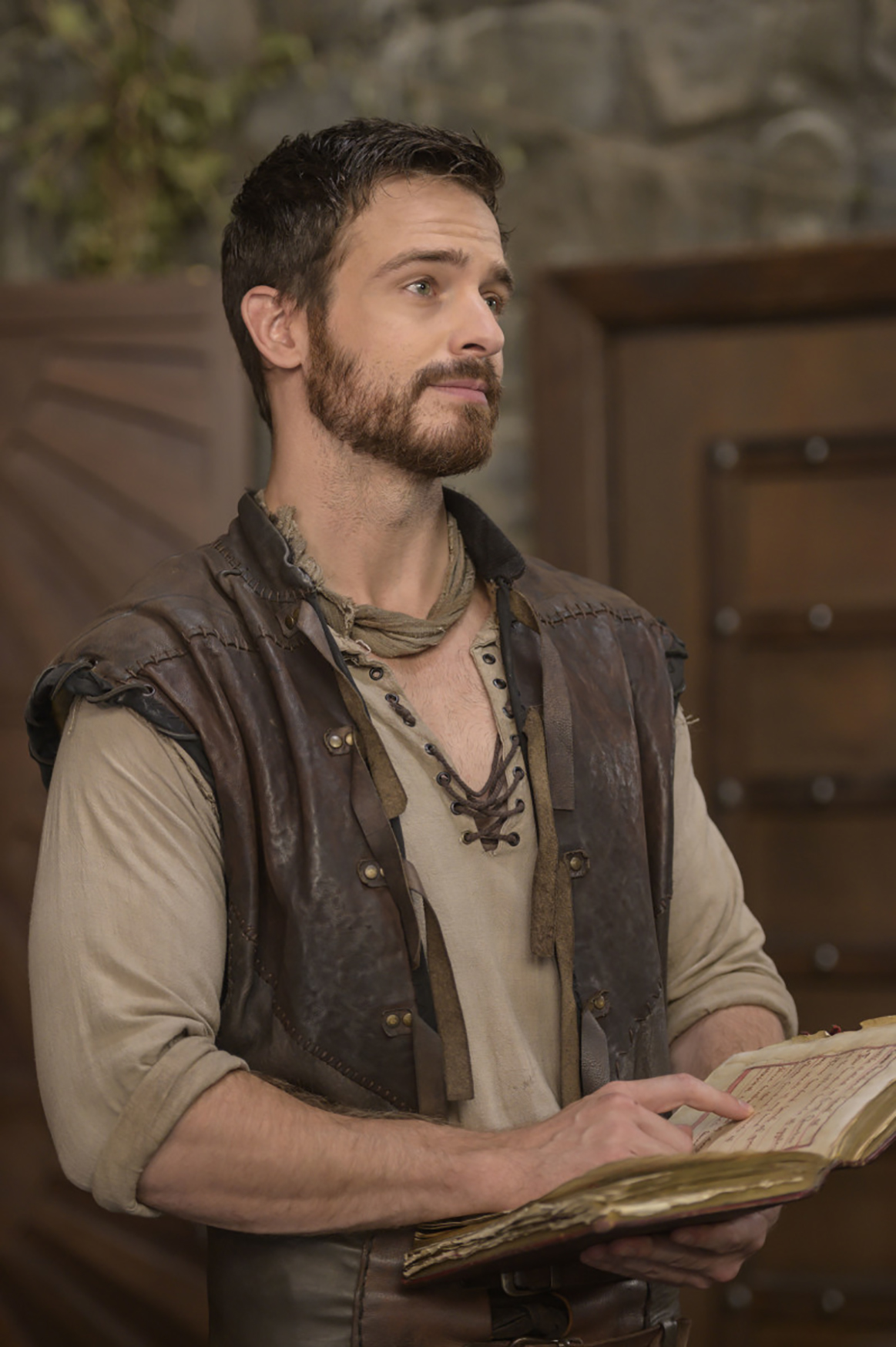 The dynamic between Wren, Zed and his brother is pretty interesting. Corven’s twisted thinking lumps Zed in with Yavalla as people he trusted that lied to him and left him for dead. There’s a lot of backstory to kind of sift through with Corven and you can see that Zed is pained by what his brother has become. At one point he counsels Talon to not get her hopes up too high about her father as he doesn’t want her to feel the disappointment he’s feeling at that moment. A pretty powerful statement of sadness from Zed.

In the end, Corven, Zed, Wren and Talon dive down into the lava tube caves and begin to find the bodies of Yavalla’s warriors, entering a large room where the evidence of battle are all around them. Corven has repeatedly said that “death” is in that place, which our trio interpret to mean the Black Kinj. But I think he’s talking a little broader. We shall see.

In the end, there, staked out with a trident through his mid-section, is Talon’s father. He’s staked out like a hide drying in the sun with eyes closed when Wren notices his lack of decomposition. Good call, Wren. 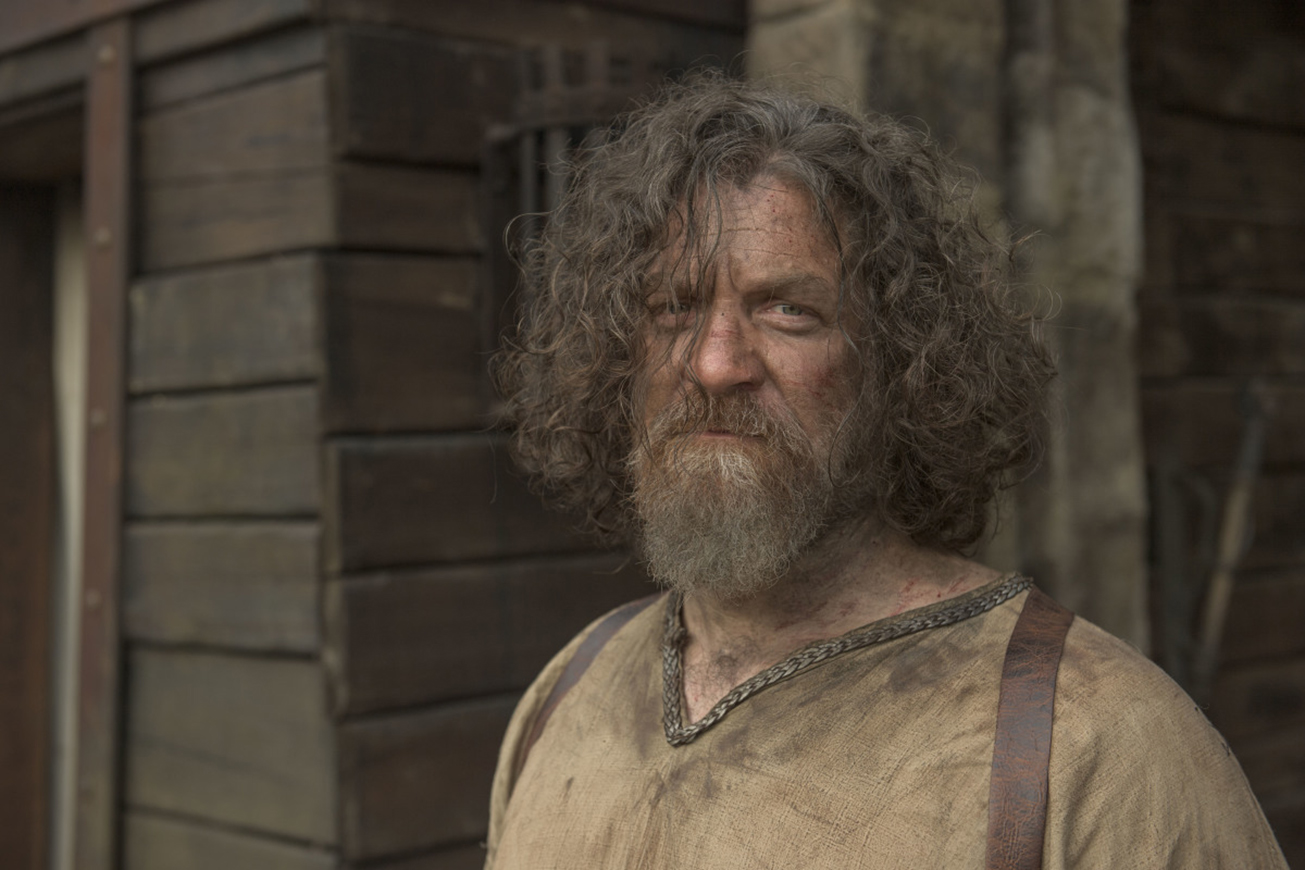 Zed recommends a proper burial and as Talon reaches for the weapon stuck through his belly, dad comes to life – eyes open and he yells at them all about Death. It’s a startling moment and one that sets up some interesting questions and answers in the season finale. The question is, can he be saved or is his fate sealed? Talon admitted to mixed emotions about her father, saying she wanted only answers.

Now face-to-face with her dad with a trident impaling him, I wonder what she truly feels at this moment? And, what illumination can be gained from dad regarding the Black Kinj – and Yavalla? And what of Corven’s excited fear about that stone box he demanded they not look at? That would seem to be a big hint of sorts, too. It’s clear Yavalla has not been straight-forward with anyone and I begin to suspect the White Kinj she has is accentuating her natural tendencies. In short, she’s always wanted to be worshipped as a god and lord it over both Blackbloods and humans. But what about the Greyskins? I wonder if they will still play a part. 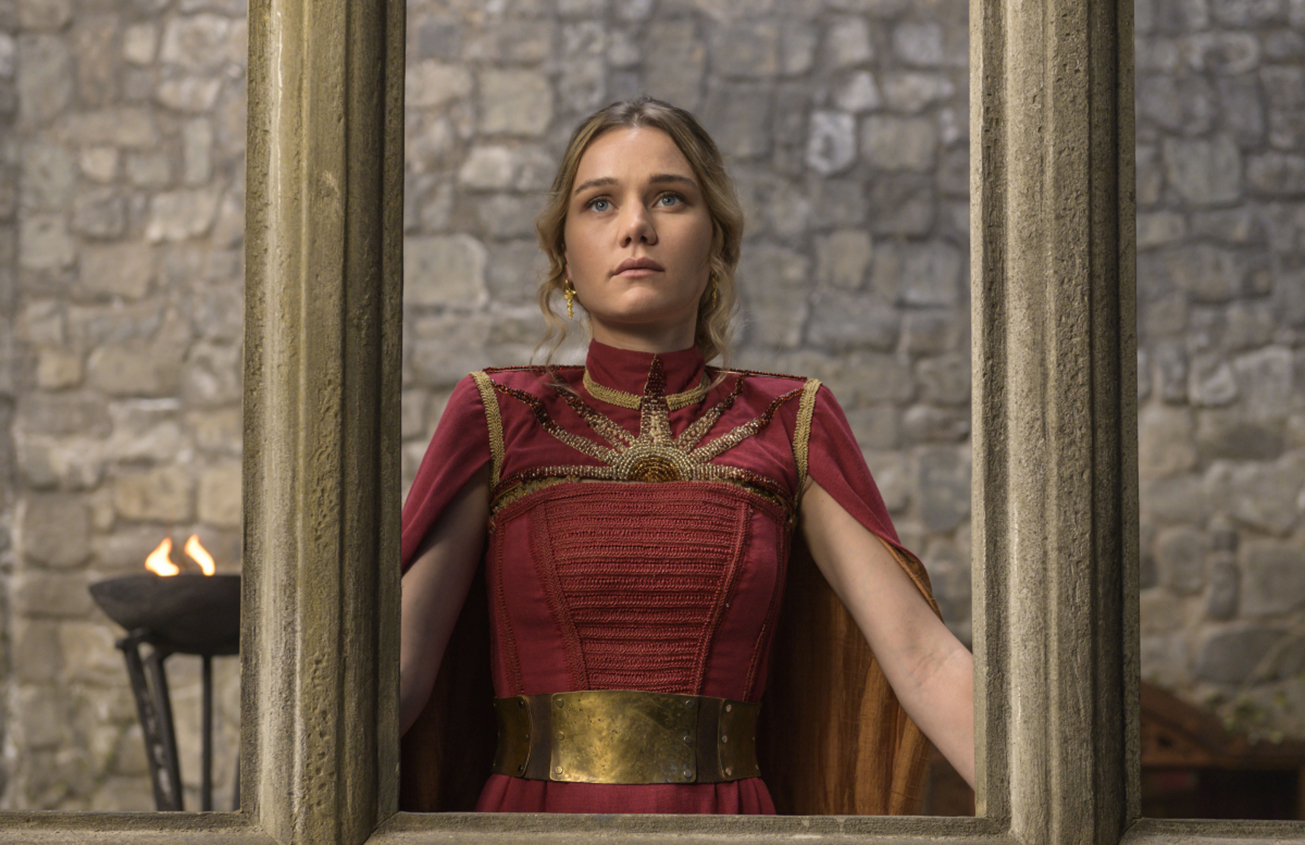 The question I ask is the same one that Talon asked, why would her father leave the family to live in lava tube caves away from everyone? There is clearly more to the Blackblood banishment to the Plain of Ashes than we know. Did Talon’s mom and dad grasp the evil plans that Yavalla had in her heart and tricked her and her followers through the portal? Was Talon’s dad’s job to safeguard an instrument that would keep them there? Still so many unanswered questions. I love it. And I hate it.

And, it’s apparent only a few of the answers we seek may be given to us by the end of this season 3A. I guess that will only whet our appetites for more later in 2021, but it’s a touch maddening. And…is Tobin the only main character we lose before this season ends? My gut tells me that there’s still more pain and emotional shock to come. But perhaps getting “Develined” has ended with Tobin? We shall see. I’m also very curious about No. 2 and where she got off to and what part she (and our disappearing No. 3) have to play?

Remember, when Talon was interrogating her, she said “We’ve been looking for it for centuries.” Who is we and how long have the Kinj been around and who else has wielded them – and why? Ooops, there I go on another tangent. Let’s reconvene next week after the finale and see what we’ve learned and what needs answering moving ahead, shall we? One last thing, what about Munt?