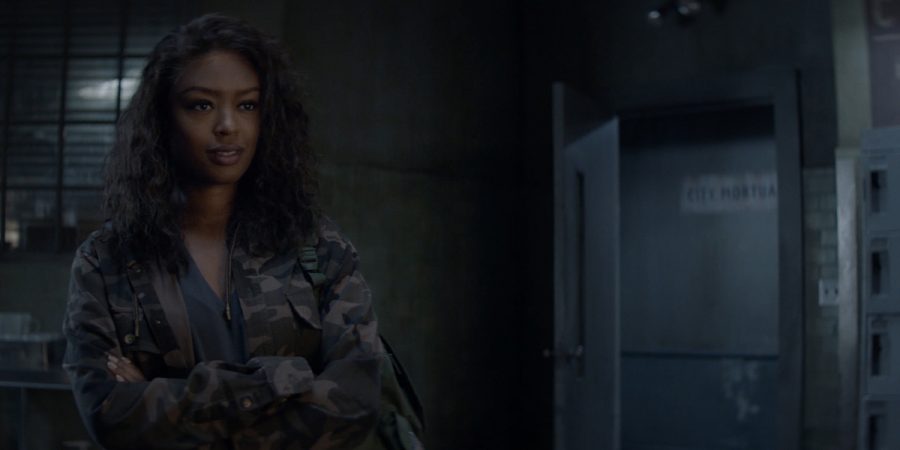 Overcoming Your Past – Batwoman Episode 2 Review

Episode two, Prior Criminal History has Wilder still trying to dig out from her past. Her past seems to catch up to her no matter what she tries to do. In this episode we find Wilder in the wrong place at the wrong time. We get a glimpse into her past. A face to face meeting with Alice takes place. Then finally a hero emerges out of the darkness.

Wilder gets caught up in a robbery while trying to buy pain meds at a convenience store. Those pain meds came in handy to smack the crook in the head with though. Glad she thinks on her feet and uses what arsenal she has at her disposal. Alas, as much as Wilder did to stop the robbery she also got herself arrested.

I guess it doesn’t matter she was shot at and could have been killed. She a was victim too. But hovering over the store clerk to make sure he was alright is not acceptable with the cops. Yeah, so she moved the gun and got her prints on it. The girl was only helping. Not every person is a criminal.

It seems being in the wrong place at the wrong time is a theme with Wilder. Her past refuses to let her climb out of the darkness and see any form of light for the future. The Crows agent, Sophie Moore, questions Wilder and basically says she is guilty just because of her prints on the gun and her being there over the victim. Excuse me but isn’t it innocent until proven guilty there Sophie? Or have you forgotten your oath of duty?  It would appear that having a prior criminal history automatically makes you a criminal any time you can be associated with being at the scene of any wrongdoing. Way to go Crows, make everyone a criminal why don’t you?

We do however find out a tidbit of Wilder’s past during this scene. It would seem Wilder and Moore have met before when she was hauled in for her prior arrest. Wilder doesn’t hesitate to smart mouth off to Moore, saying that like this arrest, she was wrongfully arrested before but they didn’t’ want to listen then either. You tell them Wilder! It’s time justice is served up the right way in this city.

What I did not like in this scene is Wilder’s racist comment about Alice not being killed because she is white. Like what?!! When did racism become part of this? Alice hasn’t been brought in because she is Jacob Kane’s daughter, he is the head of the Crows. The CW is notorious for putting political and social issues into their shows. But this was an out of the blue comment that made no sense and was completely unnecessary. Batwoman writers take heed, we want to escape what’s happening in the world and enjoy the fantasy of this one. Why keep bringing this up? 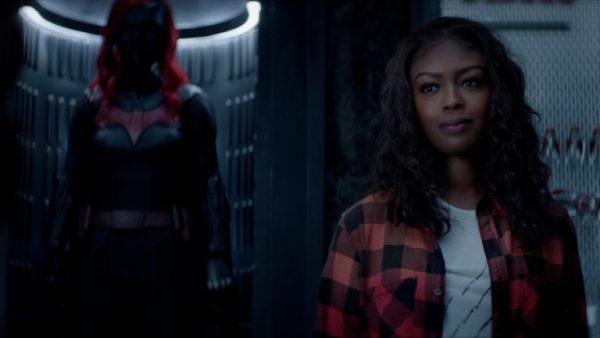 This poor girl can’t catch a break at all. Even searching for a job no matter how qualified she is, her prior criminal history haunts her.  It seems having a criminal history just isn’t acceptable in today’s job market. Wilder tries hard to turn it into a form of good though. Stating that by being incarcerated she has learned how to read people and how to deal with actual criminals. Sadly, her spin on it wasn’t enough to land her the job. Oh well, it’s their loss.

Doing What Is Needed

But this girl won’t let her past stop her. As Gotham begins crying out for their Batwoman, the people of Gotham gather on the streets rallying for her return. Wilder suits up as Batwoman to give them what they want. She of course is not their Batwoman. She feels far from it actually. But she wants to try her best to help as much as she can. But yet again, her act of good gets interrupted as she comes face to face with Alice. Kate’s sister. The woman that killed Wilder’s mom. The woman that put Wilders life in a downward spiral.

Can you even begin to feel what Wilder must have been feeling as she laid eyes on the woman that took so much from her. Finally, she is face to face with Alice and can get her vengeance she has desperately been seeking. Alice knows this is not Kate. But she wants to test the new girl. They come to blows quickly. But here is my problem with that. Wilder is a trained martial artist. She would have no problem taking down Alice. At no point has Alice’s skills been mentioned. So in theory, Alice should not have been able to go toe to toe with Wilder. Plot hole here Batwoman writers! 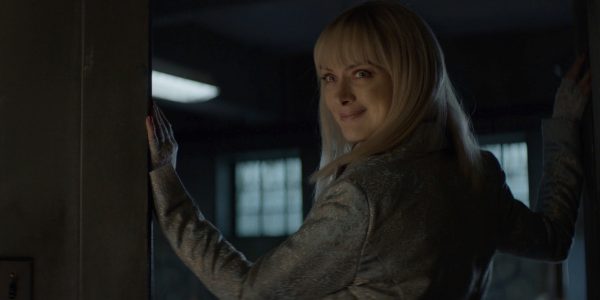 We did get a Batman Begins Movie nod in this scene. Alice uses a device to send bats riddled with a poisonious substance down on the crow. It is the same poison that killed Mary Hamilton’s mom. Wilder quickly jumps into action. She is steps ahead of Lucas, as he tries to help her find a place for the bats. She swerves through the streets in the Batmobile to find a safe place to lead the bats away from the crowd.

Luring the bats into a Crows bus, Batwoman sets off a bomb to destroy them. As she is doing this, a homeless woman emerges from her tent on the street. Batwoman quickly rushes over to shield her from the bomb. It is right here, that things change for the better with WIlder. She has just her first fan. Still WIlder says she is no Batwoman. But the woman looks up and says she is to her. Yes Ryan WIlder, you are now Gotham’s Batwoman. You are now labeled a hero. It would seem that hero’s can come in any form no matter their past. Wilder has just begun to dig herself out of that darkness and fight for good. Gotham welcomes you Batwoman.