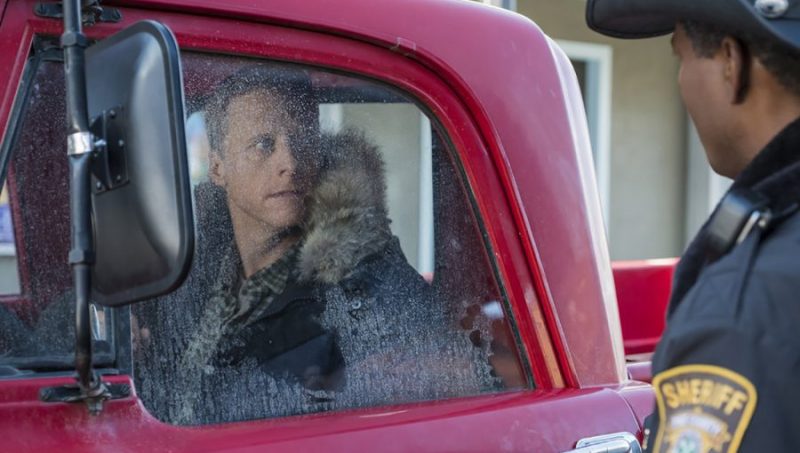 Resident Alien: Menace, Confusion and Fun In A Land of Aliens – Review, Ep. 101

There are myriad “fish out of water” tropes running around in the land of TV and movies – some good, some not so good – but that interesting phenomenon has a fun little twist and smile-inducing vibe in the new SYFY Channel offering, “Resident Alien.”

The show, set in a snowy little Colorado town with mountains surrounding it and lakes beside it, offers a fun look at an Alien entity’s attempt to at first simply hide from the humans of the town he’s found himself marooned in, then to try and integrate into their culture when he’s pulled into what appears to be a murder. And that’s when we meet Doctor Harry Vanderspiegle, played with the usual comedic stylings of Alan Tudyk, whom I enjoyed from the opening moments of this one.

Here’s the synopsis: An alien crash lands on Earth and must pass himself off as a small-town human Dr. Harry Vanderspiegle. Arriving with a secret mission to kill all humans, Harry starts off living a simple live…but things get rocky when he’s roped into solving a local murder and realizes he needs to assimilate in his new world. 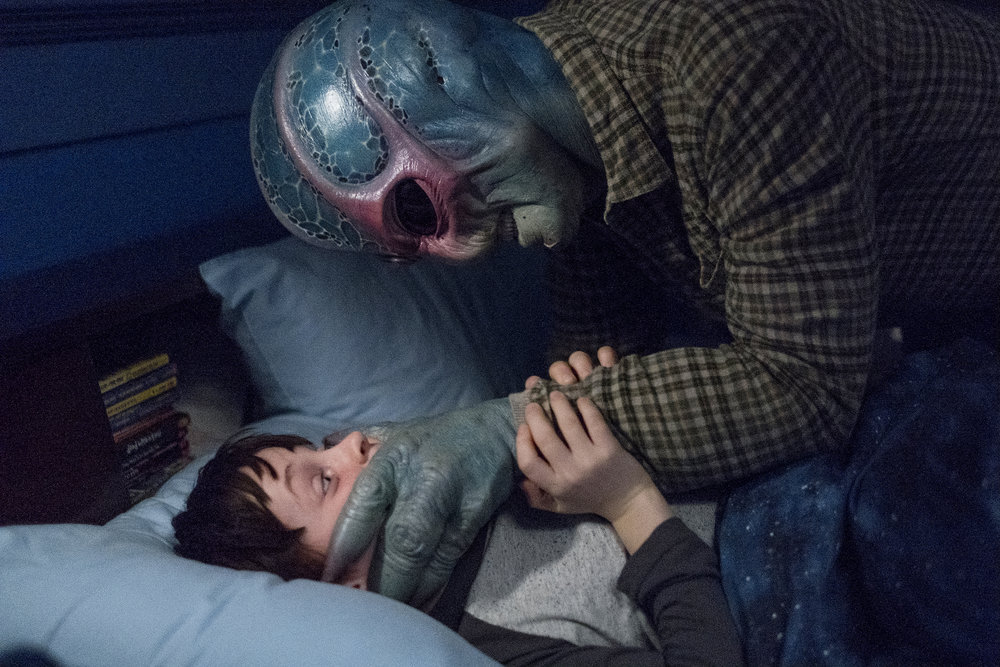 And like all fish out of water kinds of stories, the journey Harry takes in the opening episode is fraught with embarrassing moments, situations of awkward confusion, and struggles in dealing with the human condition when you think you’ve got a lock on it. Harry goes through all this and more as he slowly tries to find his way in the midst of the humans of this town, all the while looking for his lost ship and the device he was sent to Earth to employ a planet-wide genocide.

Our Alien has murdered the real Dr. Harry and shape-shifted into the good doctor. And just when you think that the humans will see Harry pass among them unnoticed, we’re told that a very small percentage of humans are capable of seeing through the metamorphosis. And as it turns out, one of those humans is a young lad named Max (Played with delightful terror-induced enthusiasm by Judah Prehn). And therein, for me, lies the real fun of the first episode of Resident Alien.

It should be noted that this isn’t just a fluffy bunny type of sci-fi. Harry is determined to silence the child and makes attempts to the end. I can tell their cat-and-mouse game is going to be fun. While our alien may be trying to acclimate himself to human sensibilities, etc., there’s still a lot of him that reverts to emotional form and an arrogance in his people’s intellectual and physical superiority compared to humans. He’s not above killing someone to keep his mission alive. The Max-Harry dynamic should be good fun to watch ebb and flow through the series. 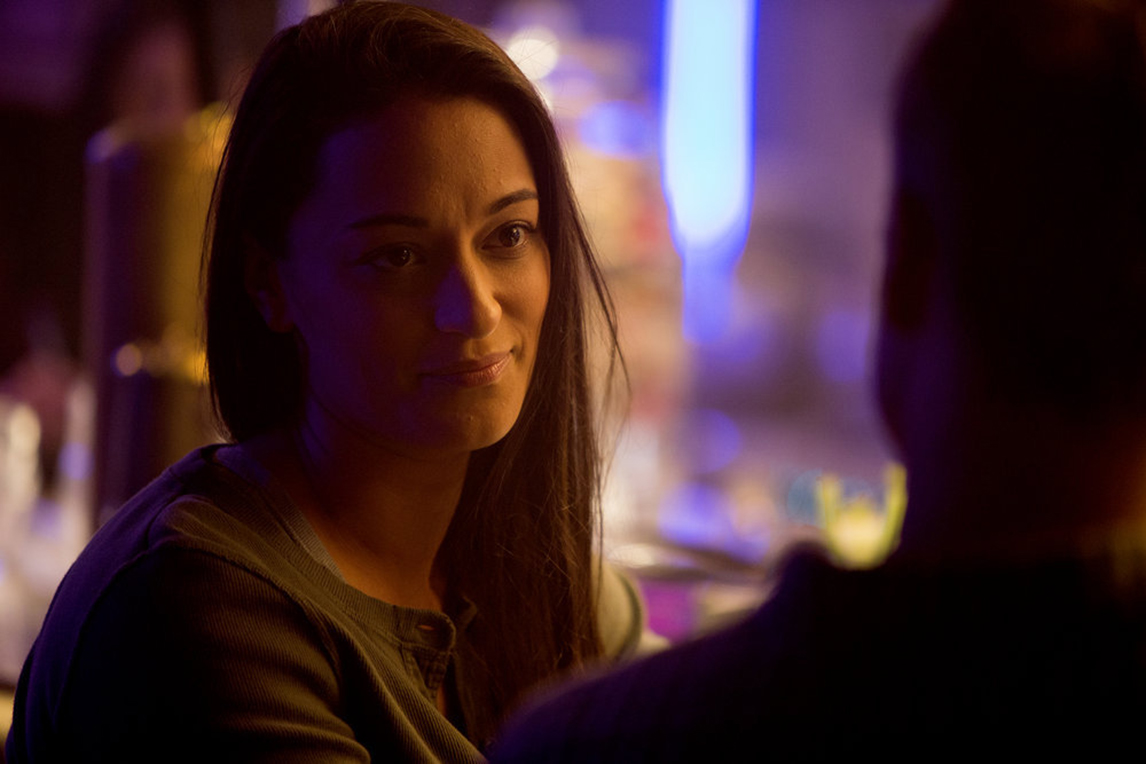 One of the things that will stand out immediately in the opening episode, and the series, is a stellar cast that brings this sleepy little town to life. Alice Wetterland plays D’Arcy Bloom, who owns the local watering hole and fills the place with energy and light, while also taking a shine to our alien. Corey Reynolds plays local sheriff Mike Thompson who runs the town with a chip on his shoulder, a cowboy hat on his head, and a bit of a penchant for doing it his way. His dominance of the local mayor is patronizingly ice cold.

Levi Fiehler plays Ben Hawthorne who is probably too young to be mayor and demonstrates all the naivete you could imagine. He’s also Max’s dad. Sara Tomko plays Asta Twelvetrees who has a little bit of a backstory, is tough and strong and works with Harry at the local medical clinic.

Oh, that’s right, our fake Harry was brought in from his secluded cabin to investigate a death and ends up being manipulated into becoming the director of the clinic – because the last director was killed. And with that, our resident alien begins the arduous task of trying to fit in while also searching local mountains for his mysterious device that will spell the annihilation of mankind. A usual, Tudyk does a splendid job of giving us a character that is somewhat awkward and confused about this new world he’s landed on, while also providing us with an underlying condition of menace. This is an alien that isn’t above seeking the death of a child to protect his secret, even as he discovers the joys of straight-shooting whiskey and enjoying a night of dancing. 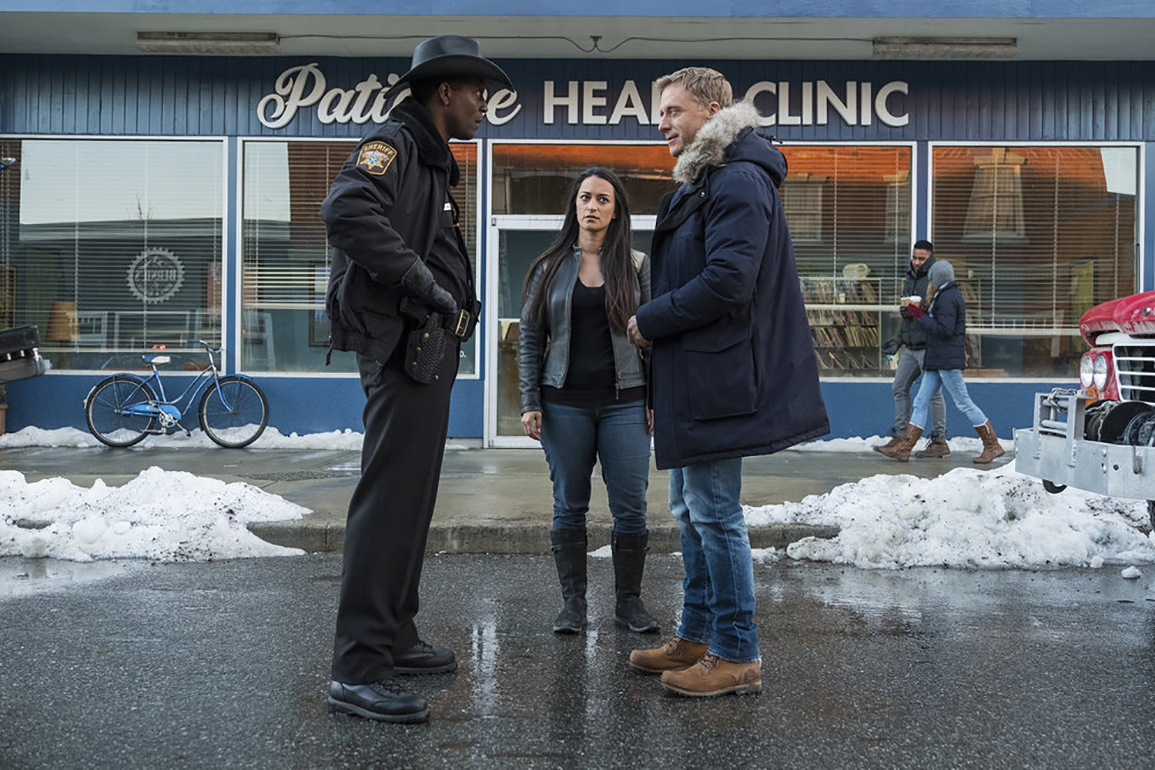 There’s a healthy amount of fun going on as we sort through the characters in this first episode. Look, “Resident Alien” isn’t going to be everybody’s cup of sci-fi tea. But upon watching it a second time, I realized there are some fun little points developing among Harry and the people he is being exposed to. There have been hard lessons learned and mysteries beyond who killed the good doctor – and why – to be revealed in a show that has a fun premise and the talents of Tudyk and cast to reveal them.

Our alien is truly a fish out of water and while he remains on mission, his early interactions with the good people of this town can already be seen to be seeping into his mind. It doesn’t seem as though it will be long before humanity is residing in his mind rent free. But until then, there’s the mystery of the doctor’s death to contemplate further with impetuous zeal, a child to be silenced, a ship to be found, and several relationships to be sorted through. Should be a fun ride to the finish.

As always, I will stay with the “rule of 3” in looking at Resident Alien as a whole. I can feel a couple characters I’m already kind of fascinated with, so we’ll see how I feel after I’ve sorted through three episodes.