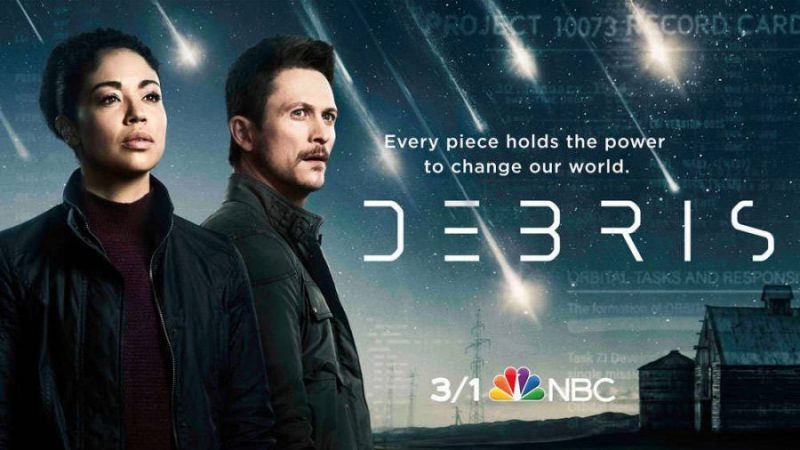 There’s something falling from the skies, something very alien, very coveted and something that government organizations and private enterprises want to get their hands on. “Debris” brings together some of the best parts of shows like X-Files and Project Blue Book into a fun sci-fi creation. “Debris” delivers plenty of drama and questions as pieces of an alien ship that’s broken apart in the atmosphere begins raining down fragments, or debris, onto Earth. And the results are both astonishing and terrifying.

It’s a show that I think is well worth your time to give it a spin. If the first episode was any indication, there’s a very good story unraveling in the midst of the strange goings-on.

Here’s a synopsis of the show: The series follows the lives of two agents from two different continents, and two different mindsets, who must work together as a team when wreckage from a destroyed alien spacecraft has mysterious effects on humankind. 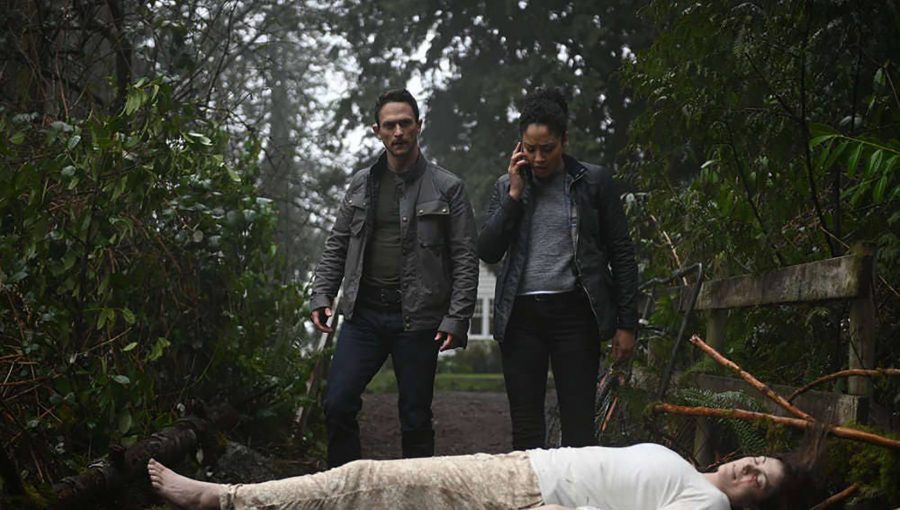 And those effects are very interesting and what keep this story fresh and inviting, episode to episode. Jonathan Tucker plays CIA operative Bryan Beneveti who is teamed up with MI-6 counterpart Finola, who is embued by Riann Steele. Together, they must circumnavigate the globe trying to retrieve pieces of the alien ship that are falling around them, all the while battling other forces that want the pieces for themselves, pieces that have the strangest impact on people who are around them – from floating six inches off the ground, to bringing back the spirit of a dead child, to a hotel worker touching a piece of the ship and plummeting 14 stores to her death – through the floors and onto a dining room table.

I found that show very interesting and like the partnership of Finola and Bryan very much. They are to work together, but each has secrets and different directives from their respective governments. Navigating all the hurdles that are in place, as well as dealing with something completely unique and terrifying, as well as these private interests, is an interesting little puzzle to solve for them. I enjoyed this show and if you are into sci-fi in the realms of X-Files and Project Blue Book, “Debris” would seem to have a lot to interest you. Did I mention there’s also a black market plotline running through the whole shebang? Interesting, right?

The showrunner for “Debris” is J.H. Wyman (Fringe & Almost Human). 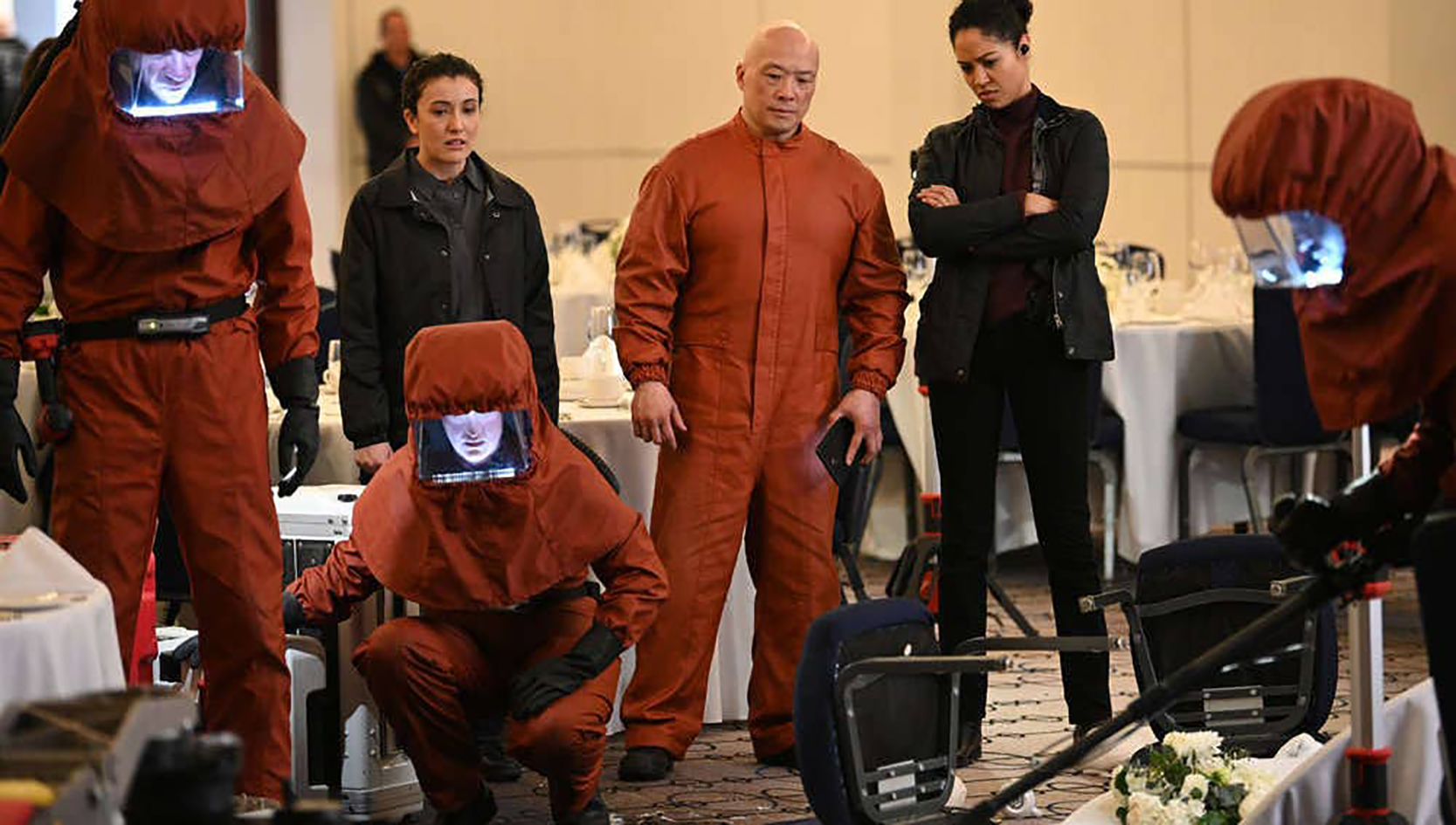 A maid in a hotel plunges through 14 stories of floors and ceilings to her death in episode 1 of “Debris” on NBC. The show debuts March 1 at 10 p.m. PT

During a recent NBC/SYFY virtual press junket, I had the opportunity to be involved in an interview with two of the main players of a new sci-fi show. ‘Debris” will premiere on NBC on Monday, March 1 at 10 p.m. (PT).
Joining the interview were Scroobius Pip, who plays Anson Ash, an operative for a shadowy organization, and Norbert Leo Butz, who plays Craig Maddox, a key figure in the CIA who is overseeing debris pickup and more.
The two talked about the show and their parts in it.

“Whenever it’s a sci-fi like X-files or Fringe style, rather than Star Trek or Star Wars, the mystery is as key as the majesty. It’s a great thing to play with,” he added.

For his part, Butz noted that his character is a key figure for the CIA in this special division that’s tasked with retrieving the debris from this disintegrating alien spaceship. “I would have had to recruit the Johnathan Tucker character (Bryan Beneventi) and the audience will find out what that story is about,” said Butz. “Johnathan would have come through the military and we understand he’s come through some trauma. My character, who also did his time in special ops work – I probably would have come through academia or MIT and been recruited to the CIA. (Maddox) is kind of a father figure kind of character. People in this field really have to compartmentalize their lives. It’s quite a lonely life, very solitary.” 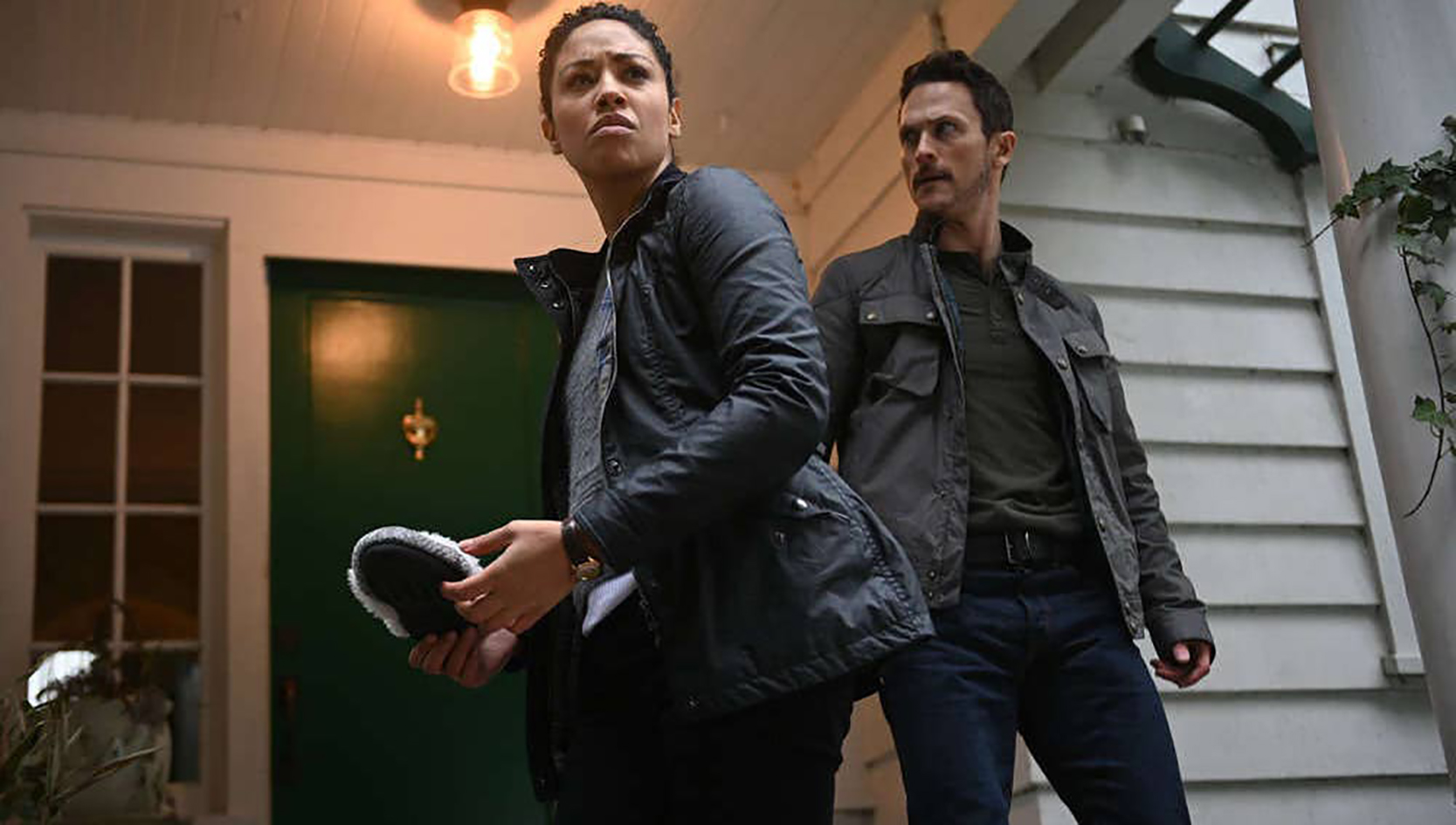 What helps set “Debris” apart is, in fact, the debris from the alien ship and how that debris impacts people in different ways. Different types of debris affect people differently. “One of the great appeals (of the show) is the fact that the debris has different properties and does different things,” Pip explained. “I’d imagine the viewer’s experience will be similar to my reading of the script. There are all sorts of unusual and strange things. It’s really a space race. My team is racing against the government to get control of this (alien) technology. What part will you get that puts you in the lead? What madness lies ahead?”

He said that viewers should enjoy the stories as they tune in each week and see what new pieces emerge and what they might do.

“There’s nothing to say that bits of debris won’t have long-lasting effects if someone comes into contact with it. It’s fascinating,” Pips said. 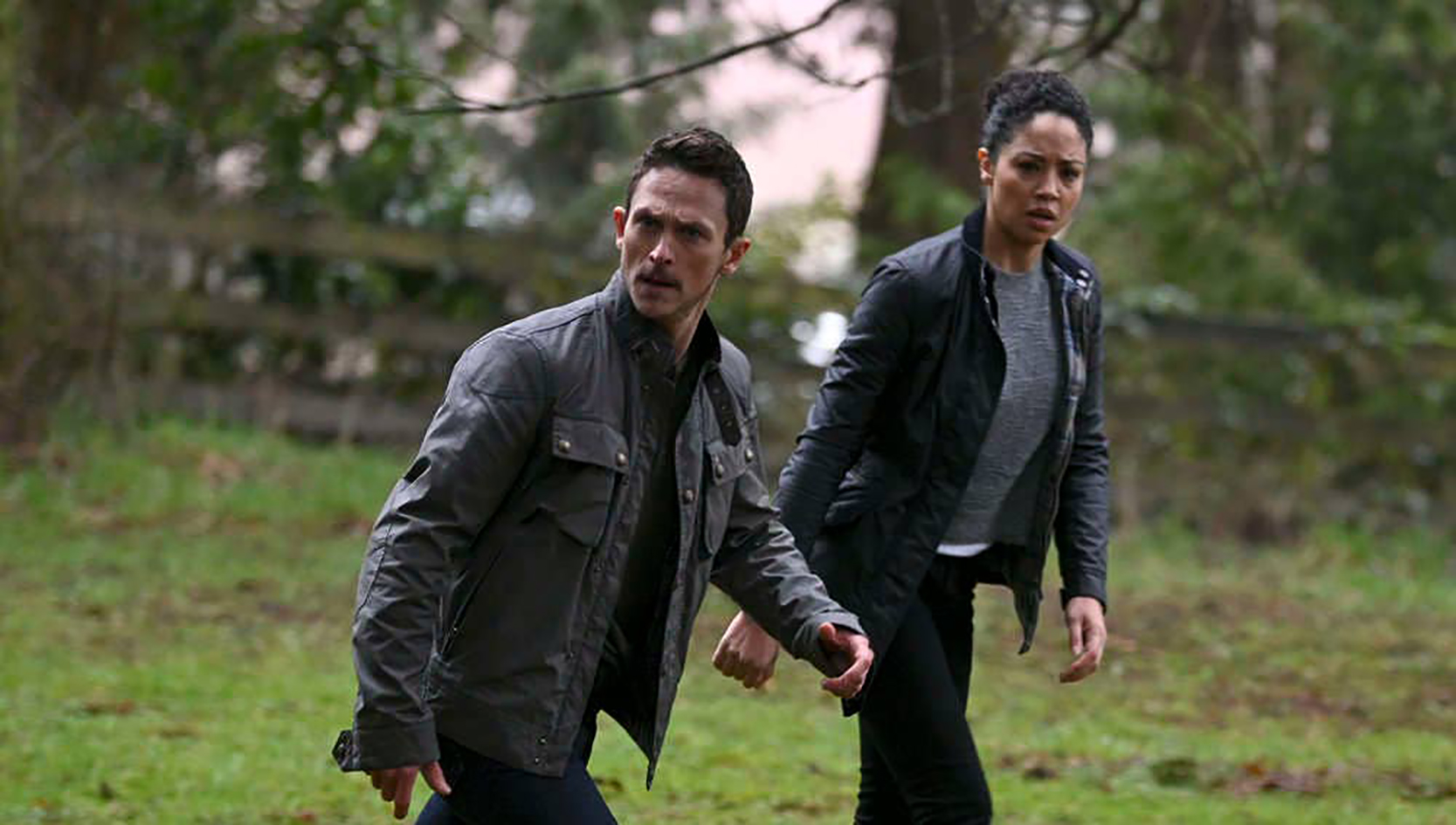 Finola and Bryan Beneventi team up from different governments to find pieces of an alien spaceship that are falling to earth in “Debris.”

“Debris” has been an interesting show to work on for both men, but one of the more unique aspects of the work has been getting scripts early and often. That, they said, has made the work very different from other projects.
“I’ve never done a show before where I got scripts as early as I have with ‘Debris.’ We’ev been getting scripts three weeks to a month out,” Butz explained. “It’s great to get some information that I can use immediately. You can say that this character is broader than I thought. I like that very much.”

“I’m chomping at the bit (to get scripts) every time,” said Pips. “We had great conversations with (showrunner) Joel (Wyman) about what the goals are. We’ll be finishing an episode and we might get a couple of episodes ahead. They will just trickle down to us. We get that excitement as much as the viewer does.”