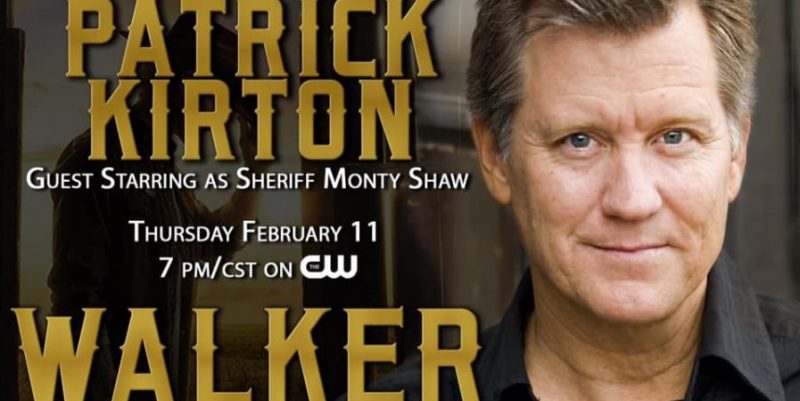 I recently had the opportunity to speak with Mr. Patrick Kirton, who will be a guest star on this week’s episode of the TV series Walker, titled Don’t Fence Me In. You may recognize Kirton from his previous acting credits that include Cut to The Chase, Flag of My Father, and American Pride.

This week Kirton takes on a new role as Sheriff Monty Shaw in Walker. The character of Shaw is described as a dubious legend in the law enforcement community and is now nearing retirement. I am told that he is an integral part to the storyline. Monty Shaw will definitely be the character to watch this week. We look forward to seeing what he brings to the story. 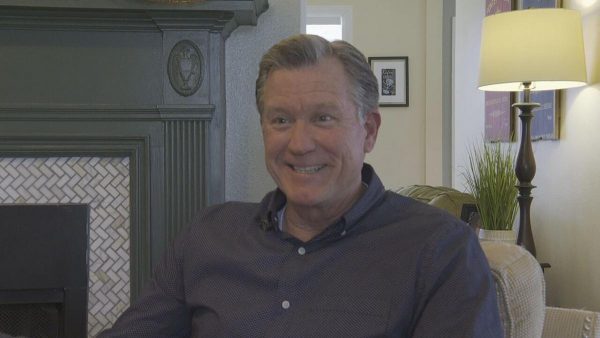 They have a fantastic crew with really nice people.

I wanted to delve into what a typical day on set is for guest stars so that fans can get a general idea of what it is like and Mr. Kirton was happy to oblige. He says that he spent eight days in Austin, Texas; five of which were spent filming. He would arrive when scheduled and check in with the second Assistant Director. He would then head off to his trailer to wait to be called for makeup. Once makeup was done, he would head back to his trailer to change into wardrobe. He would then wait to be called to set.

Kirton was transported via a van to the filming locations. He says they filmed on locations in various towns and just outside of Austin, Texas. Once there, he would rehearse with the actors that he was doing the scene with. In this case they were Jared Padalecki, Lindsey Morgan, and Coby Bell. Then the filming would begin. He informed me that they film the same scene multiple times so that it can be shot from different angles and set ups. A typical day filming will last nearly 12 hours. 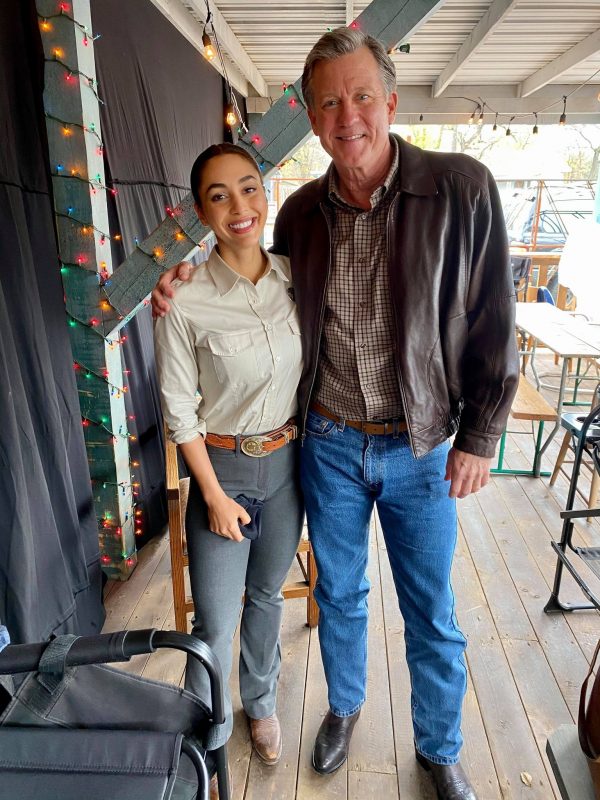 All the distancing and waiting alone is done more so now due to filming during COVID. It is challenging for a film or TV production to do so during this pandemic. However, Kirton tells me that the Walker production team was very thorough and cautious with handling this. He tells me that they had to get tested every day and wear masks right up until the time to shoot the scenes. Overall, he says that it was a very smoothly ran set and that everyone was great.

Kirton tells me his agent is wonderful with getting him roles.  In order to obtain a role on Walker he told me a bit about the process. He states that the agents will obtain information about the various projects that are available and what certain types of characters that they need. Then the agent will submit the clients that they believe will best fit the part. In this case, Mr. Kirton was submitted to the Walker production team and they asked him to submit a video of himself to audition for the role. Kirton saw this as a great opportunity and accepted the role. 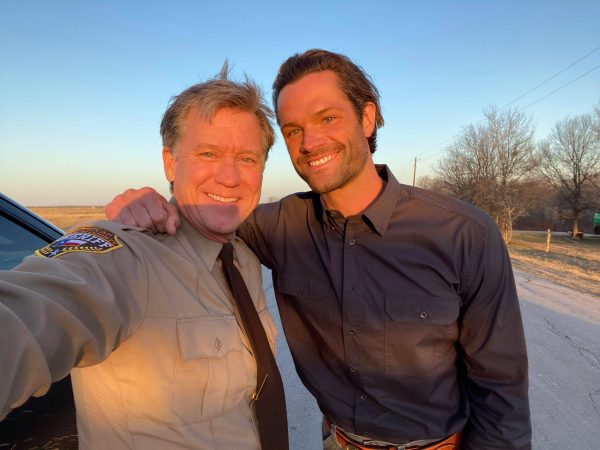 Fans always like to know how the actors are in real life. I asked Kirton who was the nicest person on set. His response is a very sweet one. Kirton said,  “They were all great. But if I had to pick one, it would be Jared. The first day we met, we had a long conversation and I mentioned that my kids were huge Supernatural fans. We had a lot of great conversations. After shooting wrapped and I was back home, I got a text from him asking for my address. A few days later there was a huge envelope at my front door with a long note written on it for my kids. Inside he autographed a copy of the first page of the last episode of Supernatural for each one of them. He also included an autographed copy of an old TV Guide to them. They were over the moon! That shows what kind of guy he is. I told him before I left set for the last time that it sure is great to know that someone your kids idolize is as good of a person as he is.”

Want to know more about Patrick Kirton? Take a look at his IMDB page!