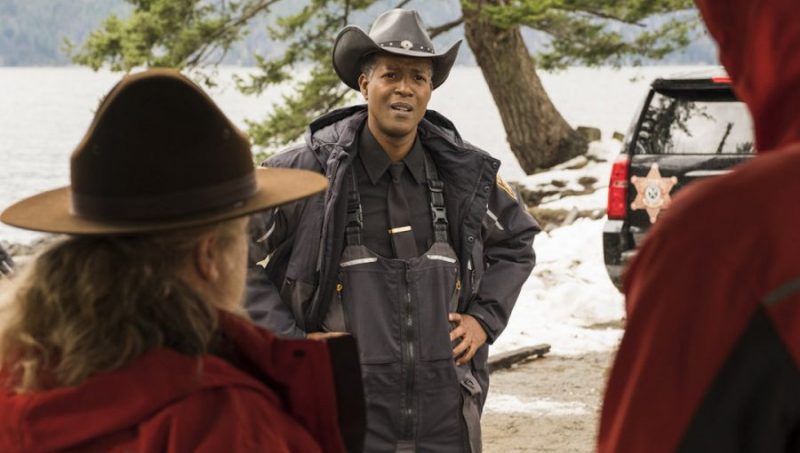 Three episodes into Resident Alien and Harry Vanderspiegle seems to be finding the navigation of the human experience, including a heinous crime of his own, quite the challenging exercise. Yes, the good people of Patience, Colorado are proving to be a little more challenging than Harry had been led to believe humans would be and he continues to bump into obstacles he didn’t foresee, or saw them and simply bungled the experience. Not the least of which is having his measure taken by the young boy Max.

Clearly, their inevitable showdown is one of the best things about this show right now. You can feel it coming. The comedy chops are varied and successful for the most part, jumping between physical, verbal and situational with a nice rhythm, but for my money, the Max vs. Harry confrontations remain a joyous part of this show. 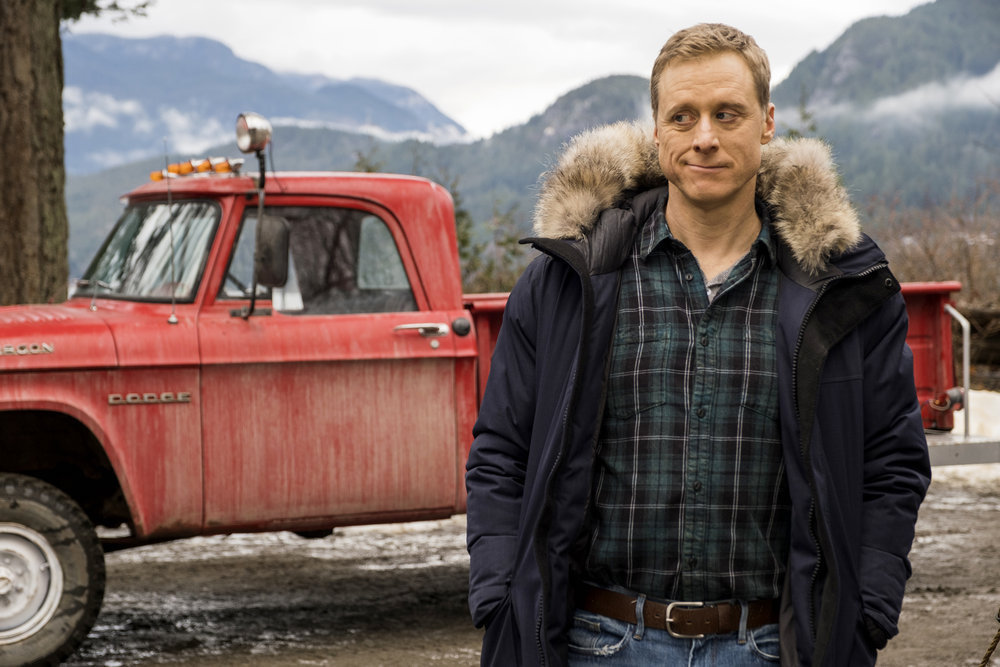 And again, while the show is a comedy in structure, there are wonderful little tidbits and storylines that give each of the characters a little more depth and some layers to peel through. Case-in-point, Asta Twelvetrees. While out on a little bender with D’Arcy and another friend, we are led down a path of the past which reveals that Asta had a daughter years before, the same girl who now fills an intern role at the clinic. We get to see the agony of giving that girl up long ago, and the pain involved when the memories come back fresh and renewed.

It was a nice little touch and one that again lifts Resident Alien out of the simply comedic. Her father offers advice and it’s clear that Asta is, like so many in this show, sorting through things just under the surface.

All that’s happening in the midst of a lake-dragging campaign by the sheriff. A foot has been found near the lake and the sheriff, with cries of “serial killer’ spewing from his mouth, is determined to drag the lake to find the rest of the body. Unfortunately, the rest of that body is the real Harry Vanderspiegle and the bulk of the episode is Alien Harry racked by worry while trying to come up with some plans to keep his involvement a secret. 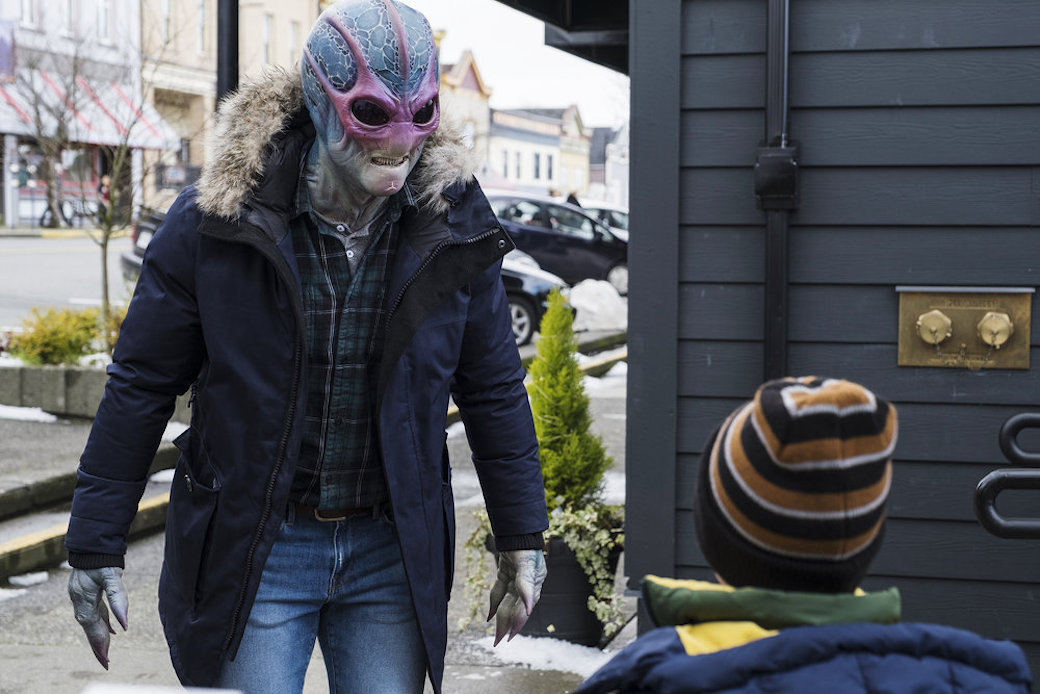 There’s a foot in a bucket of ice, a quickie circumcision of a baby to throw the DNA trail off, and Harry standing watch over the lake as the sheriff and mayor get involved in dragging the lake.

Corey Reynolds gives Sheriff Mike Thompson a blow-hard feel with his overcooked pronouncements and tendency to bully each situation into his own view of the landscape. Not one to take advice, and certainly not one to give the mayor (played with passive timidity by Levi Fiehler) much respect or play. He’s a funny character and I think he’s meant to offer a conservative bent in a town that’s much less so.

He brooks no foolishness as he tells Harry to hurry with the DNA sample before he has to take “dick pills.” And that’s kind of how he talks, which I find funny. 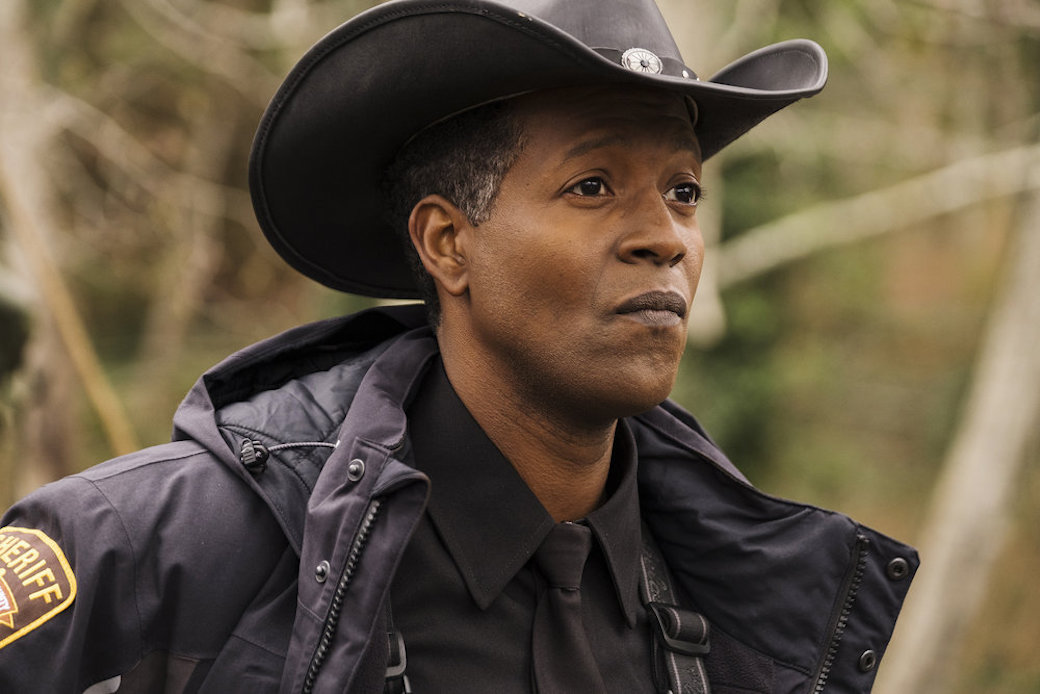 So that’s what we have, the sheriff dragging the lake, Harry watching worriedly, and then a miracle occurs. Original Harry washes up to shore and only Harry sees him. Harry drags him into the cabin and eventually stuffs him in the freezer under a thick layer of wrapped bison meat. There’s the usual bit of trickery involved in keeping Asta and D’Arcy out of the way, as well as the sheriff, who has been drug to Harry’s by his dog’s sensitive smell.

There’s a funny moment when D’Arcy is in the cabin telling Asta she’s kind of over her infatuation with Harry, until she’s in the bathroom with Asta (those two are very comfy with each other) and sees Harry’s medications are lined up alphabetically. She admits she’s again turned on. You can tell that’s her – a bit of all over the place, to be sure.

So there’s this fun little cat-and-mouse game with the corpse of the real Harry Vanderspiegle that Alien Harry seems to have come out on the winning side of. Unfortunately for him, the mental battle with Max isn’t going so well. Max sees his posters have been removed and suddenly comes face to face with the alien in a little alleyway. Harry calls him a “dick head” and is immediately chastised for his use of a bad word. And that’s the moment it all turns Max’s way.

They spar verbally and it’s clear that the intellectually superior alien is being taken down by a child. It’s a very “Grinch-like” moment for me (Jim Carrey arguing with his echo) and one that clearly sets these two on a more adversarial course. 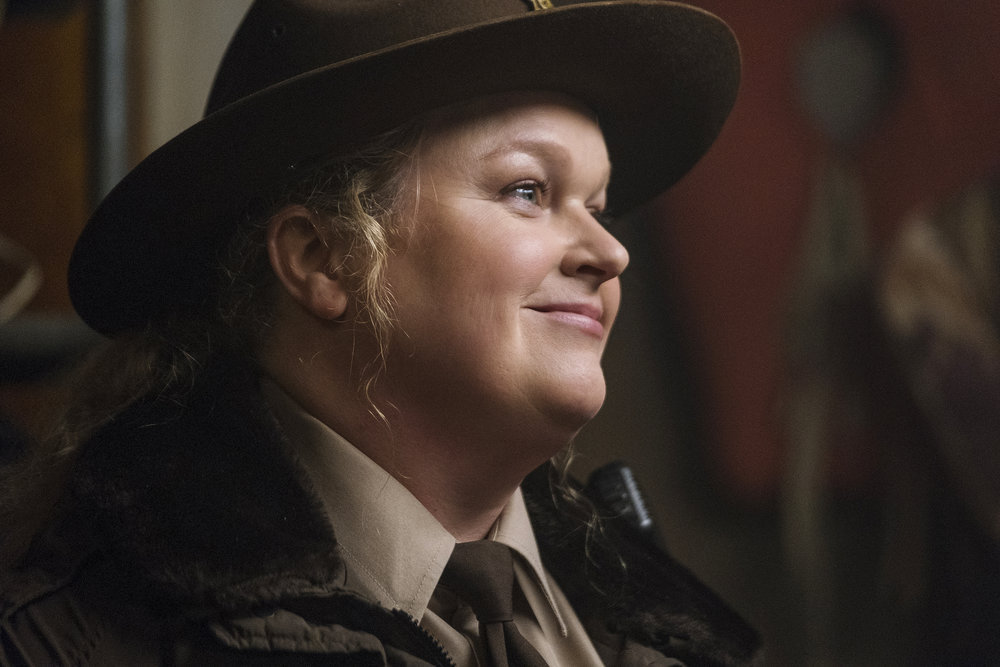 The battle of Max vs. Harry isn’t a long storyline in any episode thus far, but you get enough of it to know that it’s going to keep being fun. And in that same vein, Max is struggling at school as his alien calls to action have now gotten him labeled as a “freak” and such. But he’s not alone. No, we get a lesson on intolerance and what a kind gesture (atta boy, Max) can do when a Muslim girl is harassed and Max offers a tender moment.

Well, the two eventually find each other in the lunch room (a great mom as teacher embarrassing her son brought back so many memories) and a partnership is born. It looks as though Harry will not just be battling Max moving forward.

The tables are turning and Harry, who had another part of his ship reburied by an avalanche, seems to losing ground on multiple fronts. Again, Alan Tudyk does a superb job of conveying the verbal and physical struggles of an alien trying to fit into a human world. One of the things that I find funniest is when he’s struggling to find the right words, then he kind of thinks he gets it and in a relaxed manner, spouts something ridiculous.

In the circumcision scene, he’s trying to be cool, then simply shouts, “Let’s see that prick.” It’s just out of nowhere and you can tell he thinks he’s nailed it and it comes off awkward yet again. I loved it. Asta, of course, is aghast. 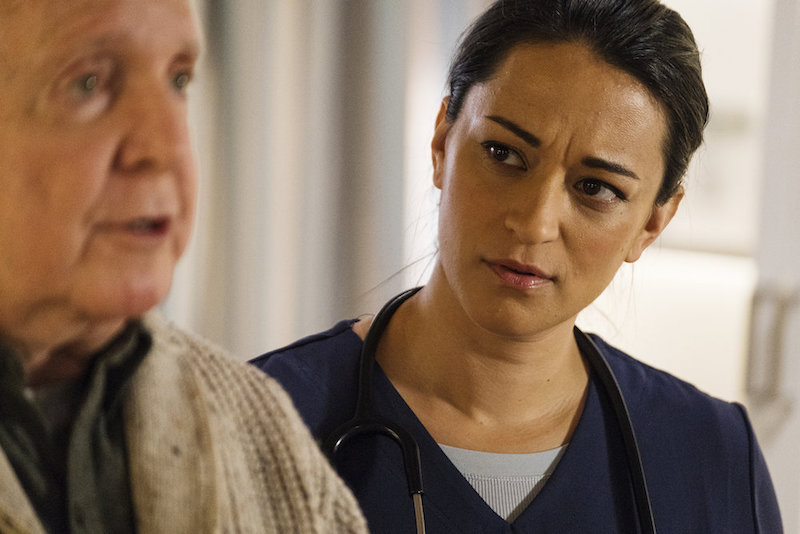 Resident Alien is simply getting better. I have my rule of 3 and as it turns out, I felt episode 3 was a nice little step up in terms of the story getting rolling a little bit. Shows always take a little time to get rolling as they have to introduce the characters and their particular situation, etc. My feeling watching this episode was that the story has finally turned a corner and now we’re going to see things speed up and, perhaps, get out of control.

Harry, while still intent on destroying humanity, is finding that by taking on human form he’s also begun taking on human emotions. It’s a condition that really throws him and when he leans into it a bit, it’s usually pretty funny stuff. I like where this show is going and what it might have to say.

Again, there’s always some interesting backstory mixed with the comedy – Asta’s baby, Asta and D’Arcy getting out of Patience, then coming back, etc. I’m definitely looking forward to finding out more about the Sheriff’s past. I also find it encouraging that we have some Native American and Muslim representation in a meaningful way on this show.