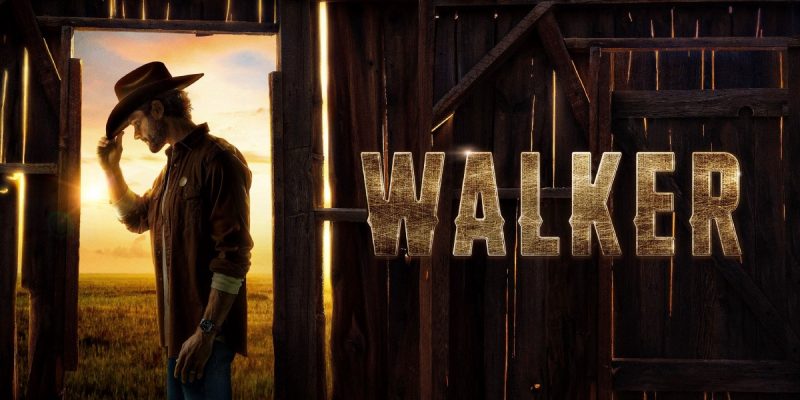 Oh boy what a fun episode this was! It was good to finally see a lighter side to Cordell. Much better than seeing him worrying and mourning Emily. This week it felt as though Cordell was finally fitting in. He was much more relaxed and even had some happy memories. Episode three was a wild one. Cordell’s life gets turned every which way but loose when his old friend returns to town. Hold onto those cowboy hats, it’s going to be a wild ride!

Speaking of wild, I’m curious how many ladies jaws dropped when the show began. It was a bit surprising to open the show already in a strip club, a male strip club. But I don’t think we are complaining at all. That was some delightful eye candy for sure! A sexy cowboy all glittered up and putting on a show, that bad boy would be Walker’s old friend Hoyt Rawlins, portrayed by guest star Matt Barr. I don’t think we were quite expecting to see Matt Barr in that type of role but go ahead and get your glitter on cowboy! 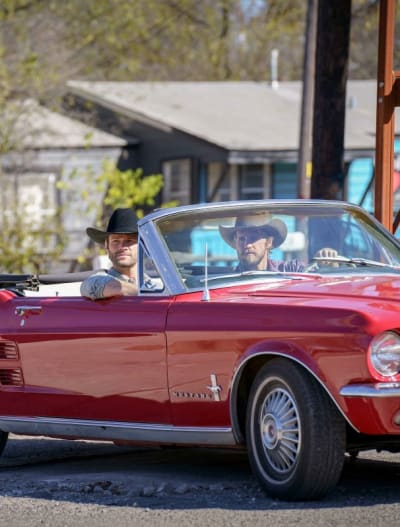 Hoyt Rawlings has a knack for getting himself into some precarious situations and plenty of trouble. But that’s never stopped him and Cordell from being friends. Although that can be seriously questioned when Hoyt rats out Cordell to the people the Rangers are on a stake out for. He was even clever enough to steal Micki’s brand new truck, complete with Cordell’s bobblehead.

What’s even more impressive is him driving the stolen truck over to the ranch to greet his old friend Walker. Was that a dumb thing to do, maybe. It was enjoyable to see the two friends playfully brawling in the yard.  The banter between the two was humorous because Hoyt knew that Cordell knew he stole the truck. So he was ribbing Cordell throughout the family dinner. Then since Cordell implies in a friendly manner that he knows what Hoyt did by his little football dance, Hoyt does the dance before he leaves.  It was hilarious! At this point Hoyt, that is just taunting, but it sure was funny.

I’ve got to say that I’m not all to certain that Cordell’s mom wasn’t happier to see Hoyt than Cordell. She was sweetly giddy over him. Now why would Mama Walker be that enthusiastic over a bad boy like Hoyt? The two boys have been friends for years. We learned Hoyt apparently comes from a bad family. But what won over mama Walker was that at some point in the past Hoyt saved Cordell. Mama Walker thanked Hoyt for that and that’s all we got. Come on now, how did he save Cordell? We get that tease and nothing more? Yes we want to know! I guess this means we will hopefully be seeing Hoyt again and then we will learn more about this. 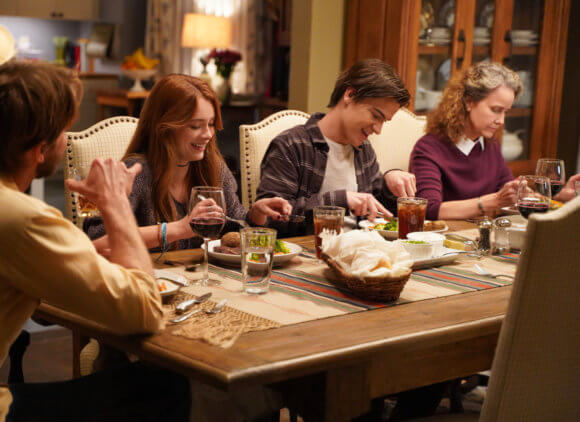 We learn so much sweet information in this week’s flashback scene. We flash back to seeing Cordell and Emily in that shiny red, convertible top mustang; with Emily trying to teach Cordell how to drive a stick shift. The mustang was Emily’s and poor Cordell just wasn’t getting the hang of driving it. I guess driving a stick shift isn’t as easy as riding a horse. Cordell playfully remarks that the car seems like a Stella, so he called it Stella. Emily seemed to like the name. The bobblehead was something that Emily placed on the dash of the car saying she liked it because it was always smiling and never judging. Cordell has held onto that bobblehead over the years. It represents a special memory for him.

Emily refused to let Cordell give up though and made him drive to the Side Step bar. They were meeting Hoyt for a game of poker. It seems Hoyt is a sneaky one with cards. Emily told Cordell that he better not lose because they need a nest egg, as she hands him the title to the mustang. It was all they had to bet with. But the sweetest part was when Emily told Cordell that she is pregnant! Now we know where Stella got her name and why the car holds a special memory for Cordell. Sadly, Cordell lost the poker game as well as Emily’s mustang. So that mustang and bobblehead held a special meaning with Cordell over the years. 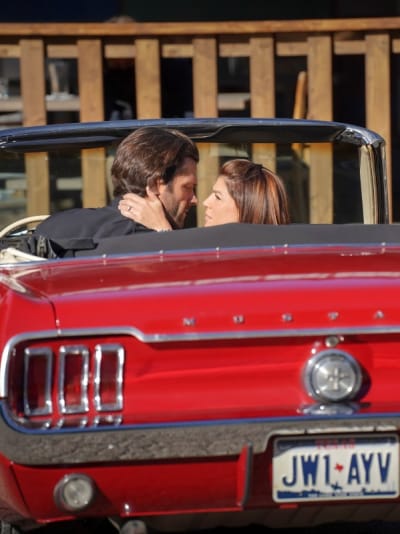 Being the bad boy will sooner or later catch up to you. Hoyt finds that out when he is finally caught by Micki. Going to the well too many times is a huge no-no Hoyt. That was one time too many stealing Micki’s truck. You might have fooled her once but she learns quick and makes sure you won’t again. Hoyt and Cordell exchange knowing looks. It put them both into a hard situation. Duty over friendship had to happen. I think both knew it was for the best. Hopefully there won’t be any hard feelings later on.

But even the roughest of bad boys can have a heart. Hoyt left Cordell a present. Emily’s car was left for him complete with a note from Hoyt. Did anyone catch the little Supernatural nod in it? Hoyt’s note said, “We always knew it would end this way.” That is the same thing that was said in Supernatural when Dean and Sam were saying their goodbyes. I guess there will always be a little bit of Supernatural in everything Jared does. Hoyts gift was a heartfelt one. He said in the note that the car was always Emily’s and now its Cordell’s. So even the bad boy can do something good.

That mustang comes full circle in this story. By Hoyt giving Cordell the mustang, it allowed Cordell to share a sweet moment between him and his kids. He takes them for a ride in the mustang and tells them it was their moms car. He has Stella get in the driver’s seat and starts teaching her how to drive it. Of course she asks if the car has a name. We can hear Cordell tell her it’s Stella as they are driving away.

Matt Barr was a welcome addition to the show even if it was a guest role. I do hope we see more of him. Jared and Matt had a good chemistry together as old friends. It’s something his character, Walker, needs in his life. I believe Walker has finally found its niche. It always takes a few episodes to start the story and get us used to the characters. Episode three proves Walker is well on its way to even better episodes and has so much more stories to tell.

I’m ending this article with some wonderful news for the series fans. There is some celebrating to be done. Walker has just been renewed for Season two! The saying is everything is bigger in Texas, and if Walker is any indication, I’d say they are right. Season one has barely begun and Walker has already set records at the CW for the best premiere in years. The CW announced earlier this week their decision to green light the series for another season. Series star, Jared Padalecki, shared a picture on social media to show his excitement by posing beside his set chair and holding up two fingers representing season two. Fans were equally excited as they took to social media to congratulate the cast. Congratulations to the cast and crew!