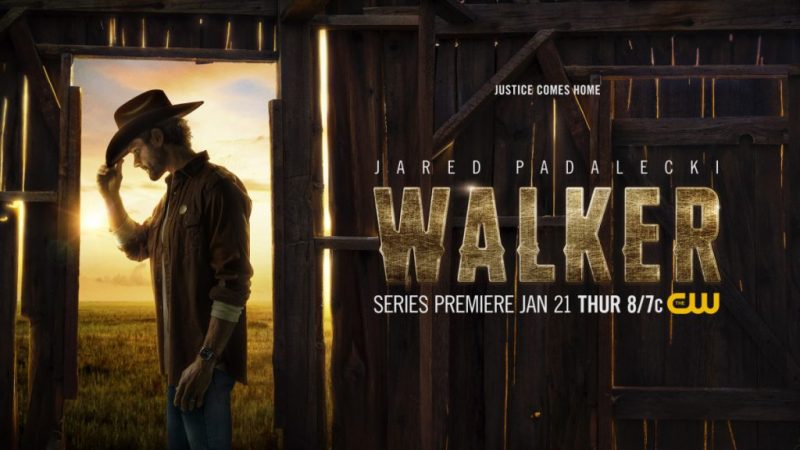 Don’t Fence Me In is the title of episode four this week. But some things are just better left fenced in and left alone. We learn not everything nor everyone are what they seem and that there is much more under the surface to find if you just dig around a little.

We immediately kick things off with Walker and Micki answering a call from Sheriff Shaw for assistance. It turns into a fun car chase with Micki at the wheel. That girl can drive! Apparently it is called “bulldog it” when the they have to speed in front of another car and force them off the road. Micki was very impressive doing this. So much so that I want to see more action like this from both her and Walker.

To Good for His Own Good

Sheriff Monty Shaw (guest star, Patrick Kirton) is well known and a legend within his circle. He has always been a good law enforcement officer. He is nearing retirement though and money can make people do some pretty stupid things.

It turns out that the legendary Sheriff Shaw was slacking on this case. He should have known to avoid the prying eyes of big brother, they will tell on you every time. An embrace between him and Mrs. Harlen on camera sheds some disturbing light on a case that Micki never felt was right from the get go.

When Micki and Walker confront Shaw about the case things start to get crazy. Shaw is in a hurry to leave but Micki takes charge and jumps into the car to ride with Shaw. With Walker on the phone listening, Micki lets Shaw know that they found out what he did. That residue from his gun is such a tattle tale.

I was worried for Micki when Shaw put his gun to her head. It looked like she was in grave danger. But she told Walker to “bulldog it” and that shook things up. Shaw was able to let loose some shots, luckily they missed Micki. Turns out the well respected Sheriff isn’t that great after all. Sheriff Shaw you have been doing this long enough to know to cover your tracks. I guess when a woman and a fortune are involved you tend to get too greedy for the prize at the end. I was rather pleased to see Walker pull off the bulldog maneuver this time with some fancy driving of his own.

Getting to Know You

Walker and Micki share some fun moments. Micki has been pretty tight lipped with any personal information about herself. But Walker is determined to get to know his new partner better. Winston, a former friend of Micki’s from the Austin Police Department, helps shed some lighthearted information about her. We learn a cute name they used to call her, Muskrat. Walker seemed amused at learning that.

We learn that it takes time to earn Micki’s trust and things about her. Right now Walker isn’t even on the knowing the middle name level. Now come one Micki, that’s just an open invite for Walker to keep digging for more. It was fun seeing some good hearted ribbing between these two. I definitely see some chemistry here as partners. It’s something they need to develop so that they can learn how to better have each others backs moving forward. 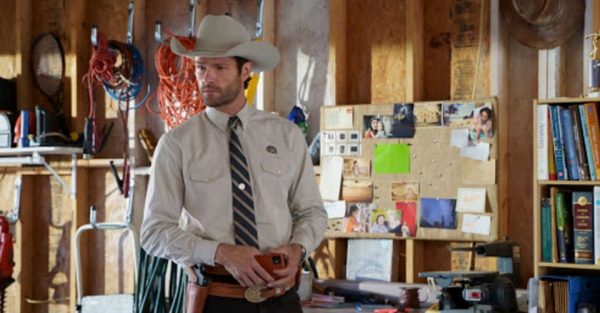 As for the Walker family, there are some secrets to be found and hashed out here as well. Walker and his kids are moving into the ranch house this week. They are getting along well and actually talking to one another and having some fun. Which is a nice change from previous weeks. I’m happy to see the kids are coming around and talking with their dad instead of doing so by text messages.

Why did August have to go snooping where he didn’t belong though? August found Walker’s old case box. The case that he was working while he was away for so long. August was able to take a camera and a cell phone and hide them before Walker cleverly explained the box away and removed it. What that box contains is going to shake up the Walker family.

Supernatural fans have to be ecstatic over what was shown on the phone that August took from the box. Another nod to Supernatural by way of mentioning the Winchester’s. But it’s another name on there that interests August. He sends a text message to a lady named Twyla Jean. While he waits for a possible reply he heads over to get those pictures developed on that camera. What he finds raises some questions. Who is that woman in the picture with his dad and why did Walker look so happy being with her? When confronted with the picture Walker explains her away as someone he was working undercover with and that it was something he didn’t want to discuss. It’s in the past and he wants to keep it that way.

As for Stella she has some community service to do over at the prison stables. We get to see a different side to her here. Stella appears to be happy although she is having to do community service. Working with horses is not anything new to her since she was raised around them. We get to see how her skills riding a horse comes in handy as she helps to reign in a unsettled horse. But it’s the new hire at the stables that has some of cupids arrows flying. Trevor and Stella were definitely locking eyes and sharing smiles several times at each other. I do believe that we have just met her love interest.

Another note to mention is that Trevor is there working because his dad in in prison and he wants to be close to him. Could Stella’s dad, Walker been the one that put his father away? That will definitely make throw a wrench in this developing new young love. But this will be fun to watch develop over more episodes. When Trevor followed her on Instagram Stella did a little happy dance and was excited. I think this a wonderful new side to this young Walker and I hope to see much more of it.

Trying to talk to your parents about marital issues has to be nerve wrecking for all involved. Walker confronts his mom about some letters from a man named Gary that he found in the cellar. Momma Walker somehow knew he had stumbled upon those and did not want to discuss it. In fact, she was very firm with him about that. It seems though that Walker’s parents had marriage troubles while he was away. This guy Gary was involved, and momma Walker was going to be very tight lipped about any details. I don’t believe that we would have been given this information and it not be explored in future episodes. There is more to learn here. What happened to cause this marital affair and what secrets are left for us to learn? 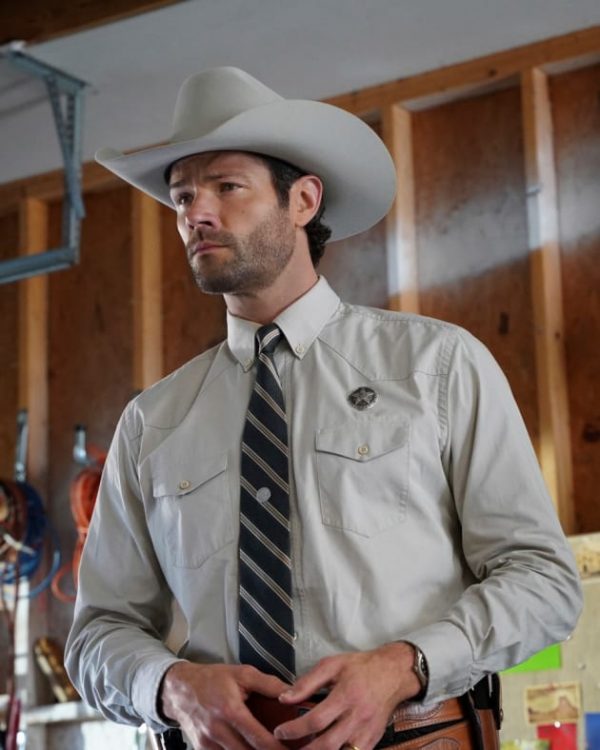 It just wouldn’t be right if there wasn’t something mentioned about Emily Walker. Liam is looking over her case files. Captain James has removed the video surveillance footage from her file. Has this got your eyebrows raising yet in curiosity because it has mine? What are Liam and Captain James up to? What is in Emily’s files and why are they still looking into her death? I can’t wait to keep finding out more as they keep feeding us little pieces of information over each episode.

Next week is shaping up to be an informative one with all the secrets and questions that we have come across this week. It appears that we will learn much more about Walker’s undercover mission and who this Twyla Jean really is. I’m also seeing some preview pictures of Micki riding a mechanical bull. This episode is shaping up to be fun as well.