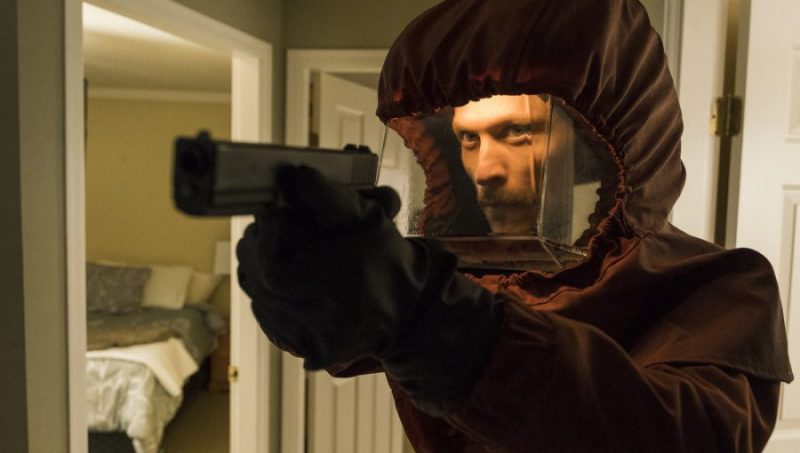 Two episodes into Debris on NBC and I can sense there’s this understated tension running through the episodes. I don’t find this show dialog heavy, but heavy on uncertainty and a sense of confusion. It’s fun. Agents Finola Jones and Bryan Beneventi continue to step into an alien mess with each episode and I have to admit, I find it fascinating.

Episode 102 of Debris brought the team to another piece of alien spaceship debris and this one was a doozy. Turns out, this piece of debris is good at cloning people, but not exact replicas, but cloning individual parts of people’s emotional make-up. Honestly, it was fascinating as hell to kind of unravel this one from start to finish. I thought the concept was really unique and pretty darn well done. It was confusing, yet also completely explainable in the context of alien ship pieces causing weird things to happen. 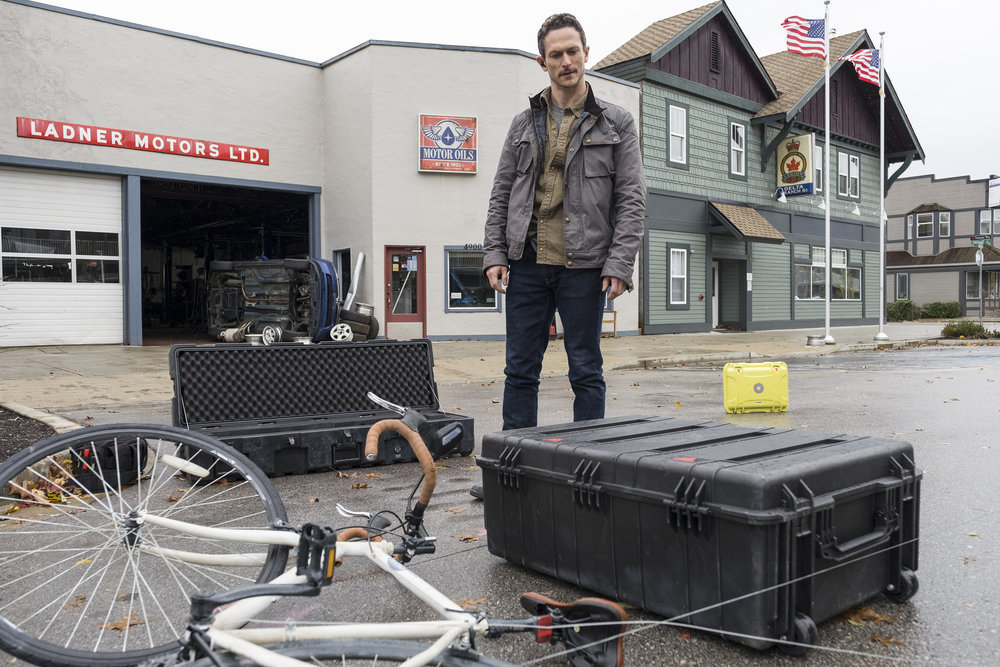 DEBRIS — “You Are Not Alone” Episode: 102 — Pictured: Jonathan Tucker as Bryan Beneventi — (Photo by: James Dittiger/NBC)

The beauty, of course, was that the cloning piece of this puzzle wasn’t the whole piece. The debris was also trying to protect the home of its initial clone by drawing pieces of metal from throughout the town to construct a debris wall encircling the town. Again, that was a wonderfully imaginative twist on some other wall-building scenes we’ve seen over the years in other shows.

I loved it because it seemed to offer no real explanation other than the one offered by our agents. But really, I never fully grasped what that was about and I’m kind of glad I find it mysterious. Goes right along with the rest of this show. One mystery after another. There is an air of mild confusion about this show because some of this stuff is so bizarre and out of the realm of explainable. But it’s fun to kind of work through it with the agents. 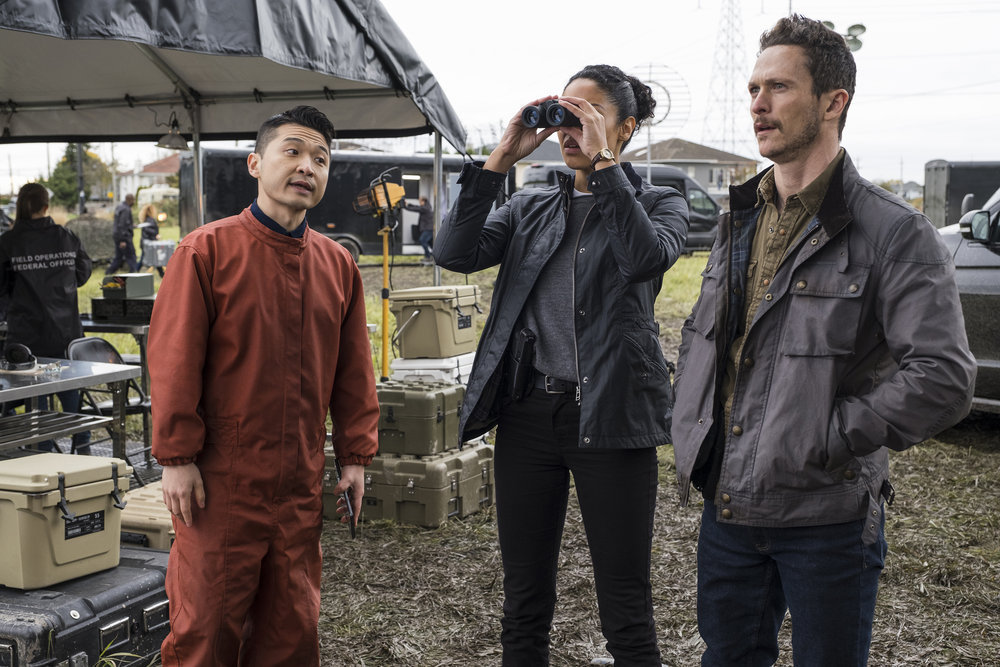 And that leads us to the wonderfully self-serving working relationship that has developed between the CIA and MI-6. Turns out, Finola’s dad is very much alive, even though she said she sat with his body at the mortuary for a time. But there he is, on airport surveillance footage, apparently alive and well, something that Beneventi has been instructed to keep from Finola.

I don’t find that is playing the agency cooperation game openly and with transparency, do you? This Maddox guy is quite the master liar and manipulator, isn’t he? Hard to think of him as a “good guy.” Truthfully, two episodes in and he’s exactly the kind of CIA honcho I always imagine them to be.

Finola’s dad is apparently tied up with this shadowy organization (which is well-funded) that’s also after debris called INFLUX. Personally, I like the name. It’s got a bit of a mystery about it, too. The question that I think is starting to rise, even this early in, is just who are really the good guys in this show. It’s easy to think the folks within INFLUX are some opportunistic cads and need to be kept from collecting debris, but that’s too easy, too obvious. 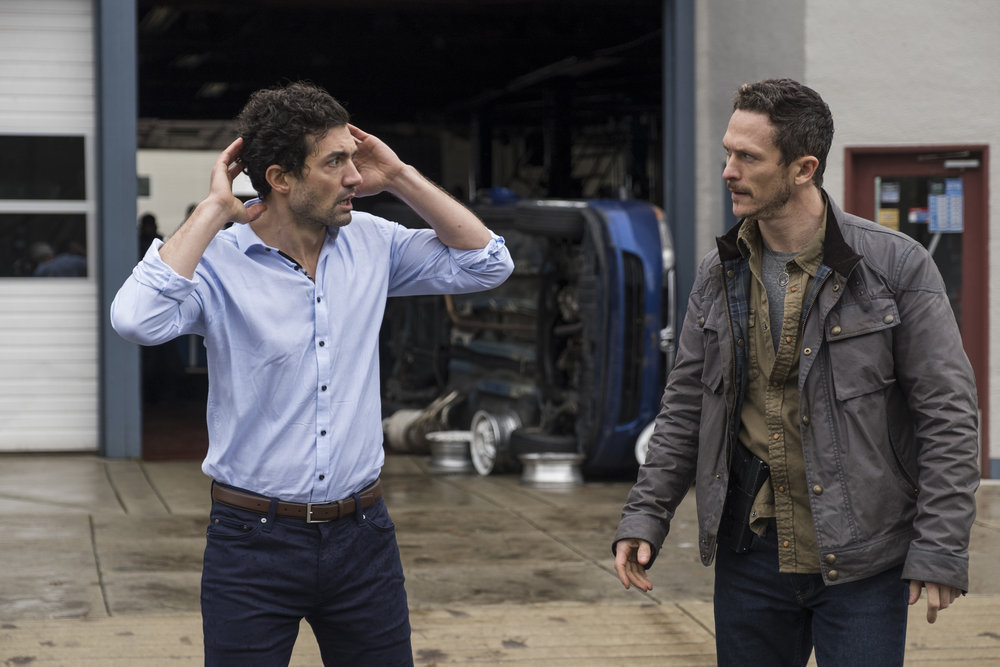 I have some real questions about the motivations of our normal intelligence agencies and their methods. The relationship between these three entities will be one to keep a close eye on moving forward.

And in terms of relationships, the one between Finola and Beneventi continues to stumble haltingly along. Turns out Finola has a sister that’s got a drug and attitude issue, while Beneventi is clearly trying to heal from some trauma in his recent past – a glimpse of which we got from a photo he took off his clone. Oh, that’s right, he ended up getting a little clone action, too. It’s not fun to shoot yourself, that’s for sure, but that’s what happened.

It’s interesting to watch these two go about their job while also trying to work their way into each other’s heads a bit. There’s most definitely some baggage there and I’m looking forward to seeing some of that unpacked as well. 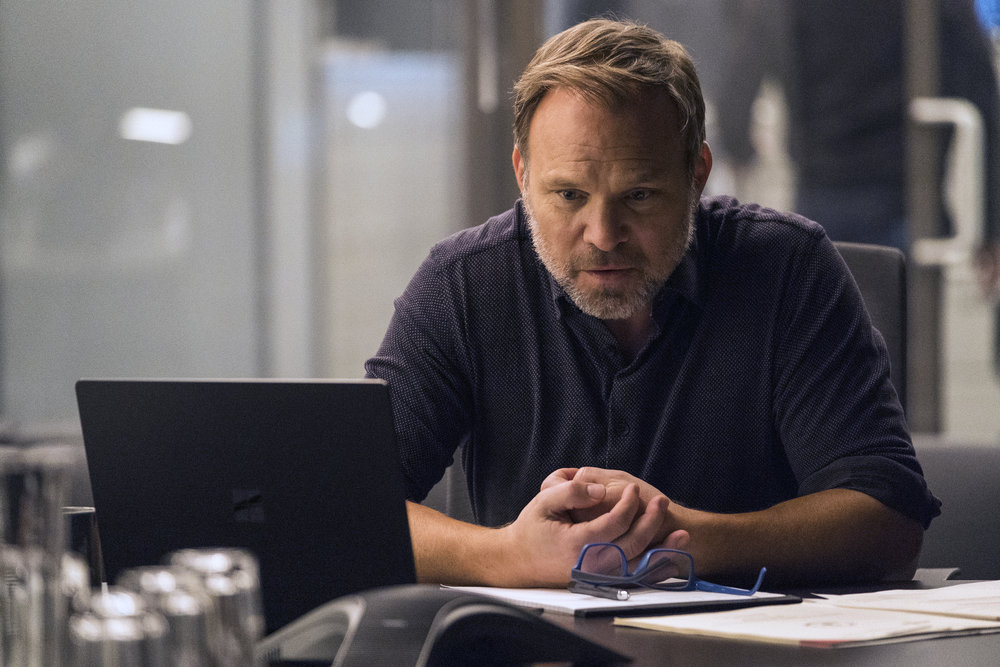 I thought episode 102 of debris was interesting, entertaining and had some really fun twists and turns throughout. There’s a quiet intensity to this show and I find that in stark contrast to many shows that run in this general genre. I like the pacing and tone. It works well for me.

Of course, my big question is the most basic of questions – an alien spaceship wreck just outside our atmosphere? That would seem, by itself, to pose some very interesting questions. Maybe later on, right?