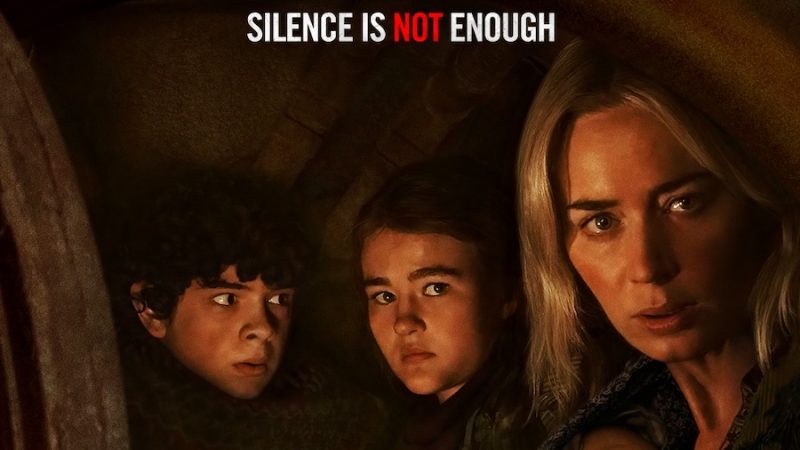 Following the success of the first film, director John Krasinski takes a stab at the continuation of the story. Just as the first film was all about its silent moments, the sequel continues this trend as it attempts to break the silence in movie theatres as they begin to re-open after months of not showing any films. So the question is, does the sequel hold up to the original? Our review after the jump.

Following the deadly events at home, the Abbott family must now face the terrors of the outside world as they continue their fight for survival in silence. Forced to venture into the unknown, they quickly realize that the creatures that hunt by sound are not the only threats that lurk beyond the sand path.

The sequel to John Krasinski’s hit A Quiet Place starts off by giving us a look at those very first days of the event that started it all. Much like the first film, Part 2 utilizes silence and sharp contrasts of sound throughout the film to jolt the viewer into the scenes they are watching. But we quickly get back to the present as we see the family continue on their journey of survival leaving off right where the first film finished.

As they begin to venture outside the sand path and into the unknown they run into what is left of humanity in all its broken forms. In comes an old family friend they knew before everything. Played by Cillian Murphy, Emmett is a broken shell of a man who isn’t interested in helping anyone. In what has to be one of the harshest, and most audibly gruesome scene of the film, the mixing of pure silence save for the crunch and the scream leaves the audience a bit shaken as our loud creatures come bulldozing their way to where all the noise was made. Emmett finds the courage and hope that there could be an end in sight from this world after seeing how Evelyn’s daughter fought off the creatures.

The second film for A Quiet Place plays with our worst fears from being claustrophobic, to fear of drowning. The film attacks each scene with a limited focus of audio precision that leaves the audience feeling those moments more than you might otherwise if the scene was drowned out with background music. The film creates a dead set path from about halfway in that seemingly should provide a means to an end. However, we are yet again stopped at the nexus of finality with yet another cliffhanger mid-story. Djimon Hounsou’s character is wasted in the film as well. Coming in at nearly the end, we learn very little and the character serves little purpose in the overall plot or story advancement.