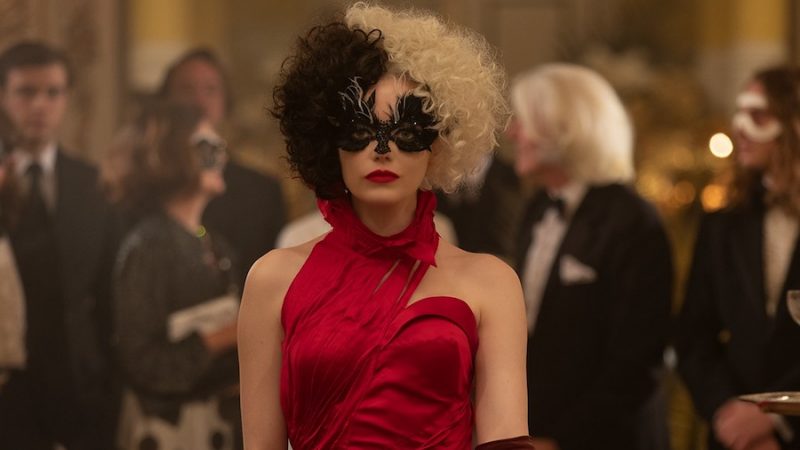 By: Robert Prentice
Cruella Disney Plus

“Cruella,” which is set in 1970s London amidst the punk rock revolution, follows a young grifter named Estella, a clever and creative girl determined to make a name for herself with her designs. She befriends a pair of young thieves who appreciate her appetite for mischief, and together they are able to build a life for themselves on the London streets. One day, Estella’s flair for fashion catches the eye of the Baroness von Hellman, a fashion legend who is devastatingly chic and terrifyingly haute, played by Emma Thompson (“Howards End,” “Sense & Sensibility”).

But their relationship sets in motion a course of events and revelations that will cause Estella to embrace her wicked side and become the raucous, fashionable and revenge-bent Cruella.

Cruella is Disney’s latest attempt at a live-action remake of a Disney classic. In this new take on the Curella de Vil, we get a bit of an origin story that will have you wondering just who our villain really is. And what better industry than Fashion to be in for the biggest catfight of the 70s. Stone’s character in the film, Estella grows up an orphan after tragic events happen in her past. But she dreams of doing fashion for a big-time shop. As part of her grifter group of friends, her job is costume design. She does a bang-up job until one of her gang lands her a job at one of the finest retailers in London. 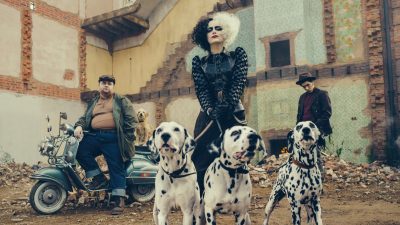 After what seems like a comedic chain of events, her work is noticed by the one person she admired the most, the Baroness. Now working for the most prolific designer of the time, Estella’s desire to design is quickly fulfilled. But nothing lasts forever when Estella learns the truth about her past. Now the fun-filled fashion parties become the stage for a fashion revolt that even the Baroness is unable to handle. With Estella’s alter ego, Cruella, she embarks on a campaign of revenge and statements that lead to a breaking point not only for her but those around her.

Disney has learned a lot from its previously made live-action remakes, both for the good and bad. All of the classic hallmarks of the original Cruella character were brought back in subtle (and not-so-subtle ways). Such as the Baroness’ dalmatians who are fairly vicious in this film. Or how Cruella gets her last name as a cheeky call out which was a nice touch. Or how about that final scene with….no we won’t spoil that for you. You are just going to have to watch.

Cruella clocks in at just over 2 hours, which for this type of film in a theatre, is rather long. The film’s costume design and soundtrack are amazing and very well done. The fashion wars are top-notch and a lot of fun to watch play out. The story feels unique and fresh while also not feeling like it’s intentionally playing the “I am a remake of your childhood”. This is very clearly done as a call out to all of their generations who watched the Disney classic and are now adults. Even if you were sheltered as a child and didn’t see the original, the film will still be enjoyed. But if you did as a child, listen very carefully throughout for all the subtle callbacks Disney puts in the film.