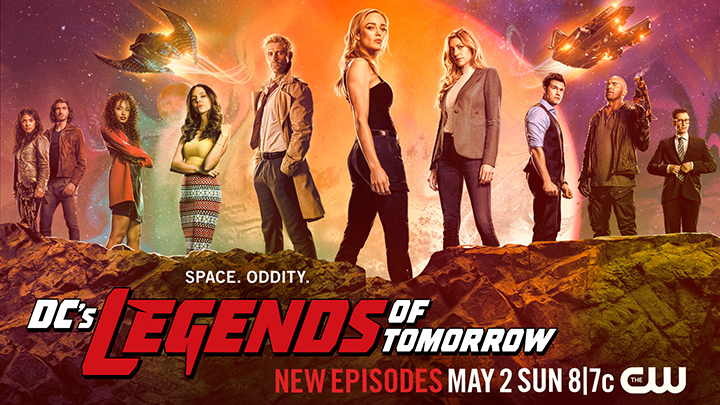 By: Lisa Canipe-Moss May 3, 2021
TV Reviews Arrowverse, DC's Legends of Tomorrow, The CW

After nearly one year since their last episode, DC’s Legends of Tomorrow returned Sunday, May 2 for its Season Six Premiere. If you recall, Sara Lance was abducted in the final seconds of Season Five. We saw her being pulled up into the air in a blue colored light. The other Legends had no idea this happened. Now, as season six begins; we learn that even overnight nobody knew their beloved Captain was gone until Ava (Jess Macallan) sobered up a bit and began asking questions the next morning. 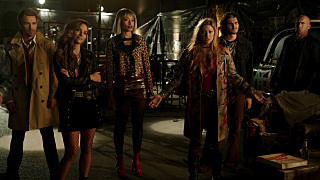 Legends is known for their comedic adventures. It sets them aside from the other more serious Arrowverse  series’. Therefore, they get to have a bit more fun with their story arc. This season that arc is about aliens. Fans have been speculating since Season Five ended about who abducted Sara (Caity Lotz) and why. Theories were tossed around and there were some good guesses. But who would have thought that all along one of their friends was an alien?

It seems there is more to Gary Green (Adam Tsekhman) than we thought. He is more than just a bumbling former Time Bureau Agent and nerdy apprentice to Constantine (Matt Ryan), he is a freaking alien!  A gross looking alien at that, with some long tentacles and the ability to swallow a human whole. Did I mentions that’s gross? Good thing he says he doesn’t eat humans anymore right?

But that leaves us to question if we can we trust Gary anymore? He has lied to the Legends for a long time now, by concealing his secret identity with a pair of shape altering glasses. He is or at least was engaged to the other alien we were briefly introduced to before Sara sent her drifting off into space. Sara is a cautious one and will likely keep her guard up with Gary. 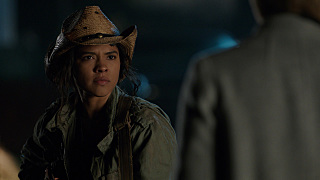 With the addition of aliens it would be fitting to have an alien expert of sorts on the team. Especially since none of the current Legends have any experience in that area. That is where Legends revolving door of characters comes into play. With Charlie (Maise Richards-Sellers) leaving the Legends at the end of Season Five, another spot was open and here enters Esperanza Cruz (Lisseth Chavez). Esperanza was abducted as a child and was left with a connection to aliens that allows her to help find Sara. As we can see, she is a bit rough around the edges and sure isn’t one to play around. The Waverider is a prime example of that after the holes she left in it.

I think the shocker of the night came when a video revealed that Sara planned to propose to Ava. Yep, I was screaming at the TV. I am definitely not a Avalance fan. I have always thought that their relationship was forced upon us. It didn’t come naturally and was just kind of dumped into the story. They did make great enemies though and I wish they had kept them that way.

I do find myself asking, “What about Nyssa?” As some may recall, Nyssa is Sara’s former girlfriend from her time at Nanda Par Bat and The League of Assassins’. At the end of Crisis when Oliver’s funeral was over Nyssa was introducing Sara to her sister, Talia, as her “beloved”. Sara didn’t correct that. In fact, she smiled when Nyssa said that. Perhaps it was just some wishful thinking by me and other Nyssara shippers. However I’m keeping hope that somehow, some way, the writers will kill off Avalance. Ava is a clone after all. Many things could go wrong because of that….if you writers would just go ahead and do this that would be great. 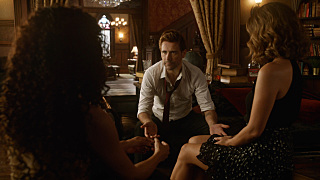 Then there is Constantine and Zari. Those two are the hottest new couple aboard the Waverider. Though I’m not sure they are the best fit. Zari is a social media icon and Constantine is a chain smoking, booze hound. They do say opposites attract, and I guess these two are as opposite as they come. The attraction is definitely there though. Zari was swooning over Constantine’s back side and the sexual tension between them was H-O-T! I guess it’s about time old Constantine decided to settle down. But is Zari ready to do that? She did say it’s a casual fling. I’m calling her out on that one. She likes him. Why would she have him on a juice cleanse if she didn’t. That my friends is a sign of love. 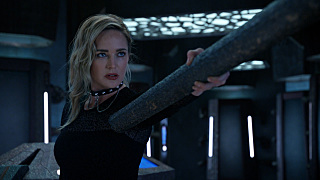 As far as Sara Lance goes, she is off on an adventure this season away from the rest of her team. I personally like this because hopefully we will get the opportunity to see some more of our classic Sara Lance. The Sara that is badass, kicks butt, and takes names doing it. That is the Sara I’ve come to enjoy and love over the seasons.

I wasn’t disappointed at all as we did see some signs of that Sara in this episode. When the girl needs a weapon she uses what is available and a big pipe worked just fine as a substitute for her bow staff to kick some alien butt. Ah, now that’s my Sara! Also, let’s not overlook the fact that her snarky self also made a jab at Marvel’s superhero’s last night when she told Spartacus that being an Avenger is stupid, be a preventer, you want to join the preventers? Touché’ Miss Lance, we tip our hats to you on that one. Marvel beware, Sara Lance has spoken! 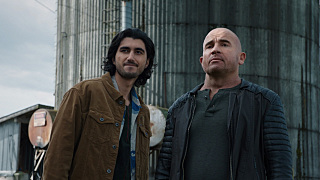 The hardest part of this season though, will be watching the final scenes of one of the original Legends. Dominic Purcell who plays Mick Rory has expressed over social media that this will be his final year on the show but that he will make appearances as needed. Dominic’s character, Mick, has grown over the years into a very different person. Once a criminal, he transformed into a beloved hero amongst the Legend’s crew. I hope Mick Rory has some fitting scenes prior to his exit this season. I for one hope he gets a happy ending fit for a hero.

Be sure to come join my Facebook group for some fun discussions about DC’s Legend’s of Tomorrow and all of the Arrowverse series’. Click the link below to join: