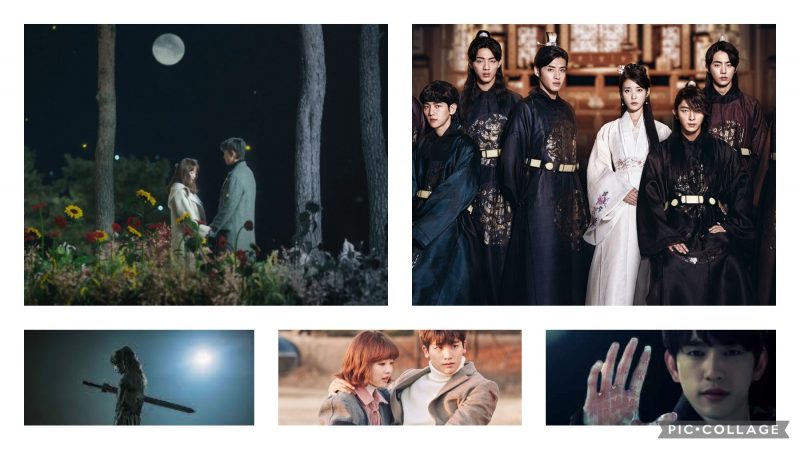 Over the pandemic my 26-year-old daughter who is a fan of k-pop and k-dramas, got me sucked into the fandom. I will be telling you about the k-dramas I have watched that qualify as fantasy/syfy. Korean dramas have become more and more popular outside of Korea. As a matter of fact, even Netflix is now making and producing k-dramas. There are two main places to find them. One is a streaming service called Viki and the other is Netflix. The dramas I am telling you about are all well-made and worth watching if you are so inclined, I recommend them all.

Most Korean dramas have a few qualities that make them unique.

Guardian: The Lonely and Great God/Also known as Goblin 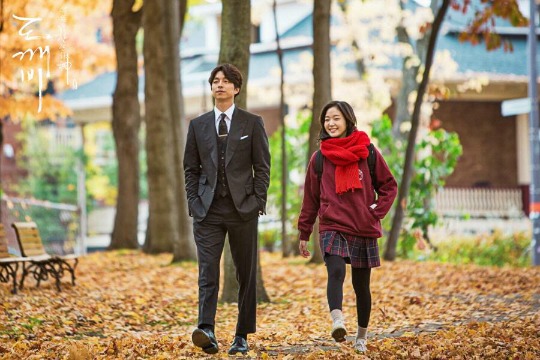 Kim Shin (Gong Yoo) is the Goblin. He was a decorated military general from the Goryeo Dynasty who was framed and killed by his enemies. Kim Shin is cursed after his death to live forever so that he can watch his loved ones die to atone for the many he killed protecting his country. He becomes the immortal Goblin and has supernatural powers, instead of becoming bitter, he chooses to help people.

The only way to end his immortality is to have the Goblin’s bride remove the sword that is always in his body. There is only one bride and he has not found her yet until he meets Ji Eun-Tak (Kim Go-Eun) who is a high school student. She has had a very difficult and tragic life and accidentally summons the Goblin. Their lives become entwined and the drama ensues.  Kim Shin is also friends with a Grim Reaper who guides souls to their reincarnation or afterlife. I really enjoyed this one and it is one of the highest-rated dramas in Korean cable history. 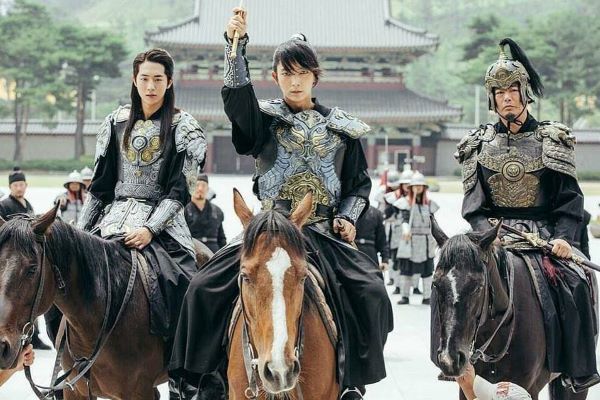 During a total solar eclipse, a 25-year-old 21st-century woman, Go Ha-Jin (Lee Ji-eun), is transported back in time to the Goryeo Dynasty. She finds herself in the palace grounds in the body of Hae Soo and becomes involved with the princes. Hae Soo and the sweet 8th prince become friends and she eventually falls for the 4th prince (Lee Joon-gi). As a 21st-century woman suddenly finding herself in the year 941, she must quickly find ways to fit in, which of course is quite a challenge. The story develops and Hae Soo finds herself unwittingly caught up in palace politics and the rivalry among the princes as they fight for the throne. This historical drama has wonderful costumes. It also makes me curious to learn more about Asian history. 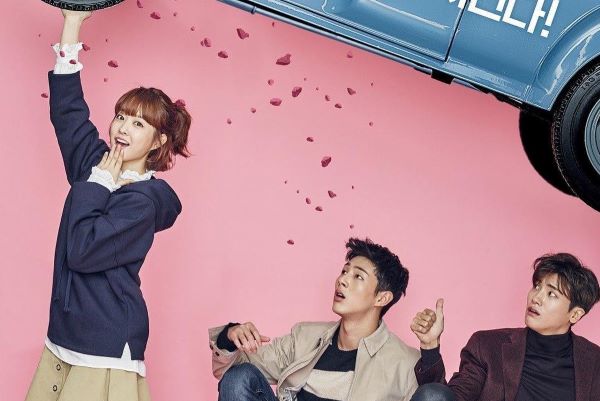 Do Bong-soon (Park Bo-young) comes from a line of women with superhuman strength. The strength is passed down through the women in the family. They can only use their strength for good or they will lose it. She is a video game designer and has an idea that she desperately wants to develop. Because of her strength, she ends up as a bodyguard for the very wealthy young and handsome owner of a gaming company, Ahn Min-Hyuk (Park Hyung-sik). There are a series of kidnappings in her neighborhood and she is determined to find the culprit. She has a hard time controlling her strength and works with Min-hyuk to learn to control it. Over time their relationship develops a lot more. It’s wonderful to see this petite woman being so powerful. Despite the kidnappings which were pretty dark, the show was a lot of fun to watch. 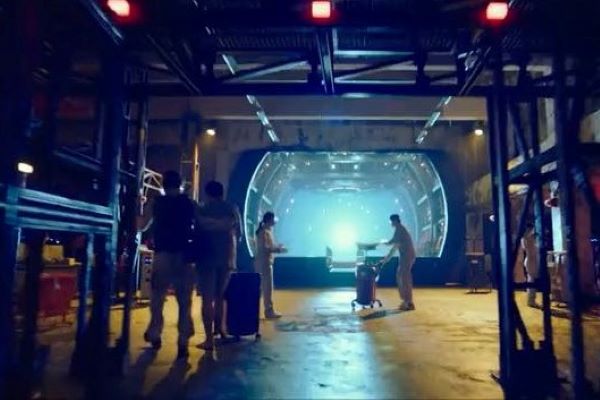 As you can probably imagine from the title, this drama moves forward, then everything changes and you feel like you’re starting over. This one keeps you questioning and wondering throughout the entire show. I must admit that the ending was a bit unsatisfying, but I think that was done on purpose. It tells the story of a genius engineer named Han Tae-Sul (Cho Seung-woo), who tries to uncover the truth behind his older brother’s death, and a mysterious woman called Gang Seo-Hae (Park Shin-hye), who travels back in time to help him save the world from imminent danger. The concept of time travel is hard to wrap my head around. They are here, then there, then here and there at the same time. Do they save the world? I think they do.

Doom at Your Service 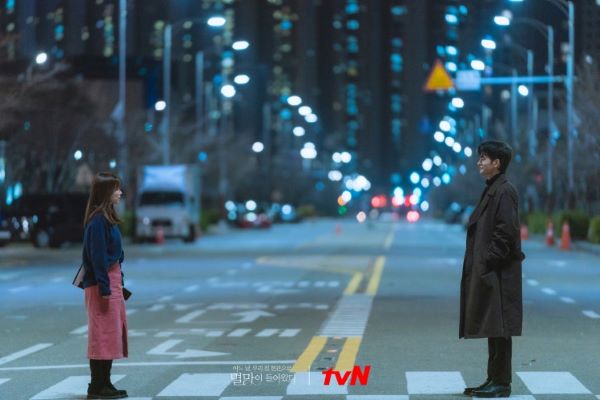 This one is currently airing so we have to wait to see each episode, that’s very frustrating now that we can binge watch most shows, we are spoiled and don’t want to wait. Tak Dong-Kyung (Park Bo-young) is an editor at a web novel company. The show starts with her sitting in front of a doctor who is telling her she has an inoperable brain tumor and will die in 3 months. Her day continues with one thing after another going wrong. When she gets home, she stands on her balcony after a few drinks, she sees and shooting star and yells out that she wishes doom on the world.

Little does she know, but Doom (Seo In-guk) hears her. He is tired of his unending life of bringing misery to the world. On his birthday he can make the wish come true for one human, he chooses Dong-Kyung’s wish and appears to her. They make a contract that he will keep her pain-free and she will make her wish, but she doesn’t really want to bring doom to the world. He doesn’t think he is capable of love, slowly he learns that he actually has feelings and he begins to fall for her. I’m on the edge of my seat waiting to find out what will happen, as usual, this drama has twists and turns that I did not expect. 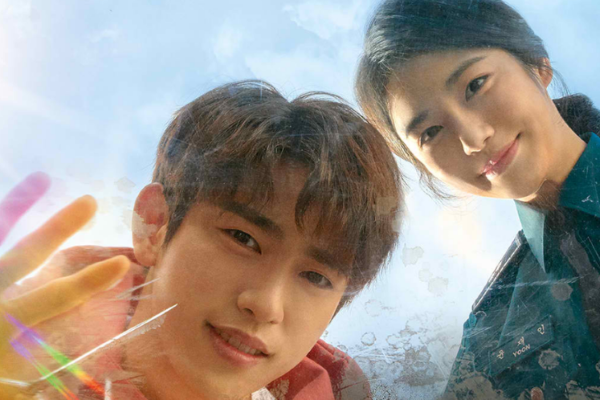 While waiting for the next episode of Doom, we began watching this one. This story begins with a gory murder and apartment fire. A little boy, Lee Ahn, and his parents are stuck in an elevator while the building burns. They are able to get the boy out of the elevator right before it falls. The young man who helps them is holding the boy and realizes they have no way out of the building but to jump out of the window. They both survive the fall, but the boy is now an orphan. The head injury from the fall has given the boy some unusual powers. He is now psychometric, when he touches a person or object he sees their past.

Lee Ahn (Park Jin-young) decides to use his skills to fight crime. While he is learning to control his powers, he meets a girl, Yoon Jae-In who has some painful secrets. In the meantime the young man who saved him, Kang Sung-Mo (Kim Kwon) becomes his foster guardian; he studies to be a prosecutor and is working to solve a similar case where there are murders and a fire. All of these people’s lives are intertwined and the mystery is keeping me interested and ready to watch more to find out what will happen.

These six dramas are entertaining and should be worth your time. Let me know in the comments about your experiences with k-dramas and if you see these. The Korean movie industry has some great movies out right now that have been winning awards. Train to Busan, Parasite, and Minari, maybe I’ll write about them next.