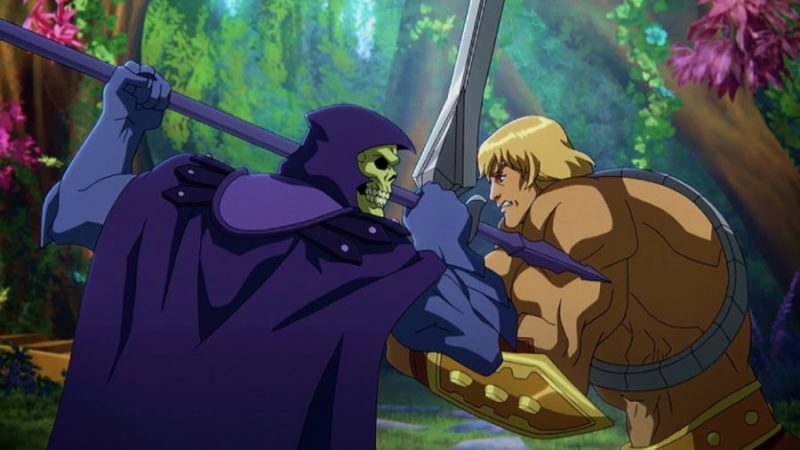 It has been a long time coming, but the new animated iteration, Masters of the Universe: Revelation, has hit the Netflix queue to take fans of the original, as well those looking to make a new discovery, back to Eternia. To celebrate the July 23 debut, creator Kevin Smith hosted a panel called “Netflix Geeked: Masters of the Universe: Revelation,” which brought together some of the cast to talk about the experience of bringing this show back to life.

Since its creation in 1982, the Masters of the Universe franchise has become a cultural phenomenon, transcending generations and igniting passion amongst fans around the world. This new action-packed series, which follows He-Man, Skeletor, Teela, and the other classic characters of the Masters of the Universe franchise, picks up where the iconic characters left off decades ago. Now, nearly 40 years later, the new series will delight long-standing fans and introduce a new generation to Eternia and the thrilling, heroic adventures of the Guardians of Grayskull.

Eternia is dying  even as magic is dying on the planet and that brings these familiar characters back to the fold. Because if Eternia died, the universe will die with it. 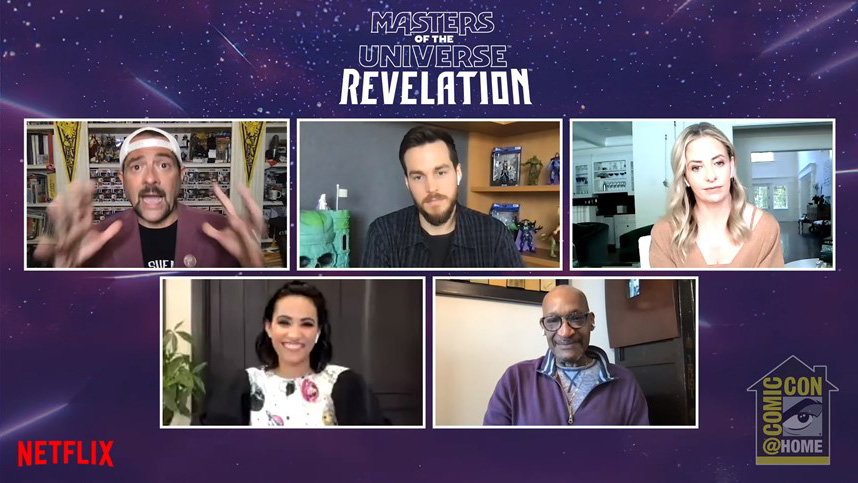 A panel comprised with some of the actors from the show, as well as creator Kevin Smith, talk Masters of the Universe: Revelation during Comic Con @ Home.

“Come on man, are you kidding me,” Smith says into the screen as he introduces the panel. “This is the day I’ve been waiting for for two years. I’ve been watching people on social media react in real time and it’s been glorious, my friends. It was something made with love by the folks who wrote, the folks who animated and the folks who voiced it.”

And with that, the panel delved into creating the show and the themes that it would reveal over the course of its episodes. Tony Todd, who voices Scare Glow, talked about the legacy and importance that Masters of the Universe has in the pop culture realm, saying “I don’t know if we all understand how important this is going to be in terms of pop culture. People have been waiting for this, they were never satisfied with the conclusion of the original series. And now we got a brand new legacy to lay on you.”

Sarah Michelle Geller, who plays Teela, added that “there’s a part of each of these characters that you can identify with in a story and what it’s like to forge friendships and find out that the people you love haven’t been honest with you and what your place in the world is. It just made me real excited.” 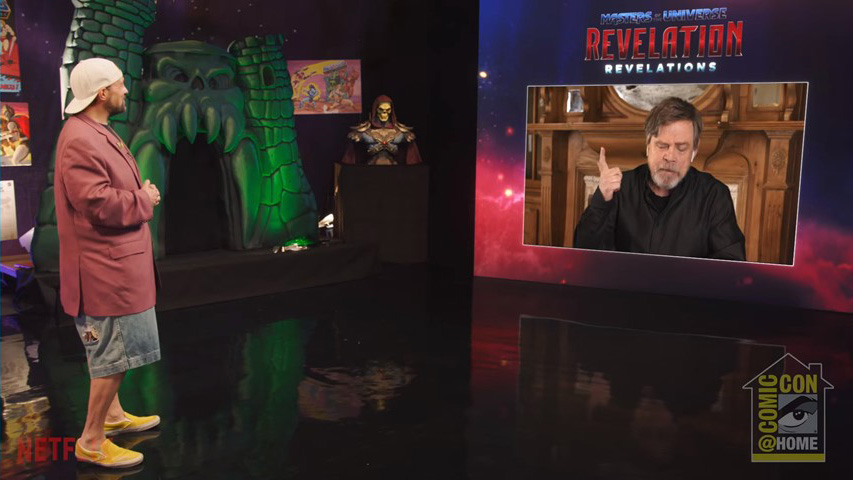 Mark Hamill, who voices Skeletor, talks with creator Kevin Smith about the character.

Chris Wood, who voices He-Man, said that the chance to utter the immortal phrase, “I have the power,” was an iconic moment and one that he’s excited to be a part of. In fact, the cast on hand as a whole marveled at the show’s popularity and its place in the pop culture realm. Marc Hamill, who voices Skeletor, dropped by during a separate segment to talk about finding the voice and the inspirations that brought it about.

Smith dropped a new trailer for the show, as well as talked about the show’s opening title sequence, which he said was one of his favorite parts of the entire project “because it sums up the entire mythology in the opening sequences and shows you this gorgeous Mattel art from back in the ’80s.”

To take a look at the panel and the new trailer, go here.