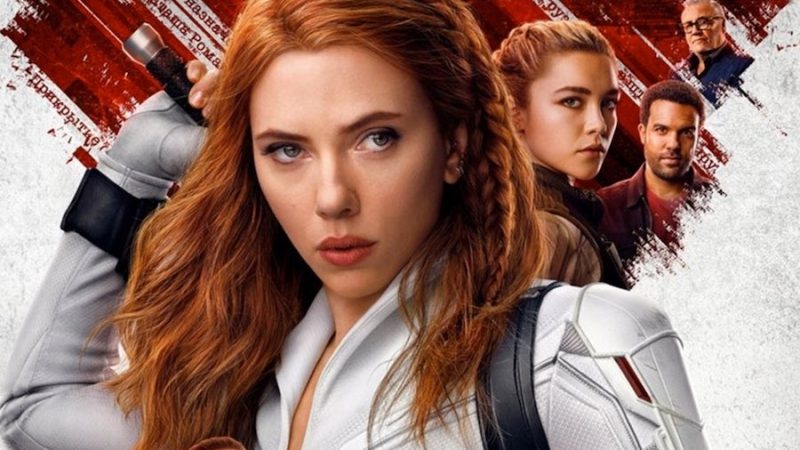 Check out our first review written by Robert here! We decided to do another because it was just that good, plus it is always fun to see different takes on a highly anticipated movie!

Where Has This Movie Been?

I am going to start this off by saying, what the heck Marvel? We’ve been asking for Black Widow to have her own movie for YEARS and now that it’s finally here it was….pretty good? There was so much opportunity to do this movie to perfection and they did it well, but it was not perfect. Don’t get me wrong, I really really loved this movie but as someone who has wanted this since Black Widow’s debut in Iron Man 2 I felt like it was pretty lackluster. I think that all of the time they had to think about the story should have given us a much more endearing movie. Again, I really did enjoy this movie. I’m just sad that it wasn’t incredible.

I wanted the story to be more fleshed out and for it to have more weight to it. This absolutely felt like a filler movie. A lot of it was obvious because she couldn’t die or have anything Universe breaking, because it was a prequel to things that have already happened. When Marvel can really let loose and break the Universe is when they really bring out great movies. If they had given us Black Widow’s story years ago they could have. I think I’m just salty about that fact and it’s fogging up my perception of the movie a bit, but you know what? I’m fine with that. 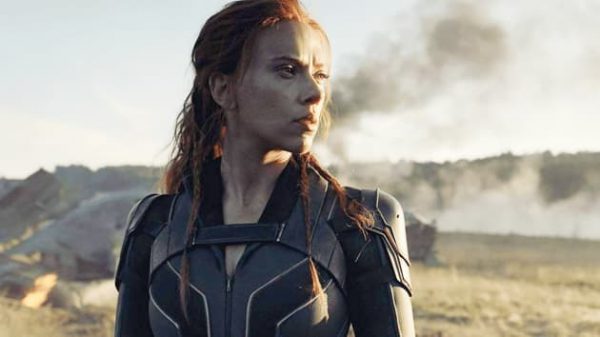 Here are some qualms.

Firstly, things were too convenient for Natasha. It was strange because she just so happened to know where Red Guardian was locked up and he escaped with ease. He could have easily gotten out before that, but I guess maybe he didn’t want to. Next, they conveniently were fine with teaming up with Alexei and with Melina. No real grudges, no long lasting pent up anger. As soon as Melina told Natasha her plan Natasha was all for it. What if Melina was lying to Natasha to get her back into the Red Room for the creepy guy? He wanted to control Natasha to control the Avengers. That would have maybe made more sense. Melina was an absolute genius and could have easily taken down Dreykov on her own. It was also very obvious Melina called the Widows to get Natasha into the Red Room. However, the twist of them changing faces was something I did not see coming!

Lastly, the freaking parachute just chilling on the runway. Come on. Is that a common thing to just have on runways? Please tell me if this is common so I can feel better about this scene. What would have been more convincing was that the Widows all had parachutes built into their suits so she was able to jump off and pull Yelena’s to save her. Sorry, mini rant. The fight between Natasha and the Taskmaster was great, but once again we knew the outcome. Overall, there was just minor things that agitated me throughout the movie.

Ok, I am being too harsh on this movie. I really did love it and I am really happy that we FINALLY got our Black Widow story. I loved Natasha the entire film. She was marvelous, kick ass, and funny. I liked that we got to see a look into her life too. Boring Natasha sitting on her couch, eating food, and watching tv. I loved that. I also loved the entire beginning of the movie. The whole montage of her life as a Widow with Malia J’s cover of “Smells Like Teen Spirit” playing behind it was chilling. They did a great job of showing us what that life was like. They also did a great job of making it feel like a comic book on screen. So good.

I loved Yelena so much. She was just as much of a badass as Natasha and her heart and humor through this movie was wonderful. As Robert mentioned in his review, there were a lot of really great moments between Yelena and Natasha that felt like they were truly sisters having typical sibling interactions. I also loved the family dynamic when they were all in Melina’s house. It was sweet of Alexei to go in to the room to console Yelena, but man that was such a tense scene! I thought for sure the Widows were going to shoot him when he was singing “American Pie”! 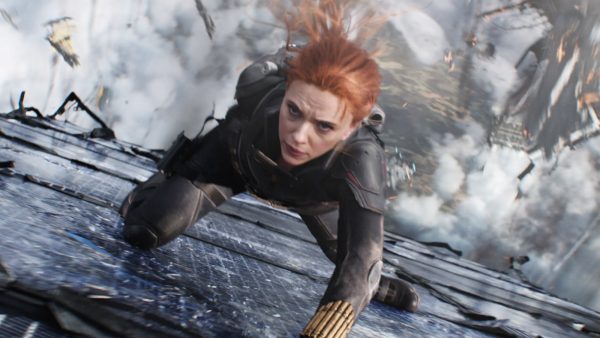 The action throughout this movie was top notch. There was always something interesting going on and it held my attention very well. I really liked the humor they brought too and I am glad Marvel is allowing more and more humor and light heartedness. Yelena’s quips were cute and made the entire audience laugh the entire movie! I also appreciated the arrow necklace Natasha had on, showing that she always keeps Clint close to her.

Overall, I really enjoyed this movie, but that’s not to say there were not problems. I wish there was more going on and more at stake. This was definitely a filler movie, but it was one of the best filler movies out there. The end credit scene made me very excited to see what they have in store for Yelena and for Clint! Yikes! I also have to admit that Black Widow really made me want to go back and reread her comics while also making me want to reread Matt Fraction and David Aja’s Hawkeye which is my favorite Marvel book of all time.