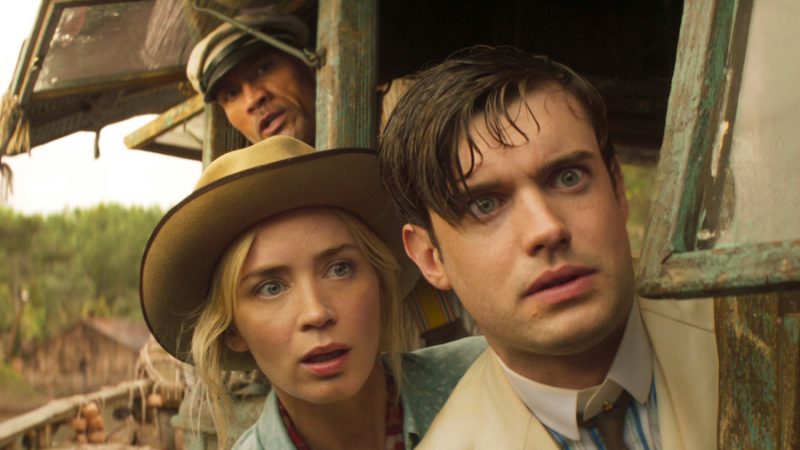 It feels like we have been waiting for this film forever. The reality is it was 2019 when we first got a glimpse of it and then 2020 happened. Now we finally get the film and the big question is, how does it fair? Before we get into our review, check out the short synopsis below and the trailer for the film.

Join fan favorites Dwayne Johnson and Emily Blunt for the adventure of a lifetime on Disney’s “Jungle Cruise,” a rollicking thrill-ride down the Amazon with wisecracking skipper Frank Wolff and intrepid researcher Dr. Lily Houghton.

Based on the theme park ride of the same name, Jungle Cruise has Disney trying to bring some live-action life into the iconic ride and story. Set during WWI, we set off on an adventure that sounds a bit familiar. If you have ever ridden the theme park ride of its namesake, you will find lines from the film are word for word from the ride. It’s not unexpected given it’s Disney and the film is based on said ride, but some of the dialog hits as a bit over the top. The main plot of the story is to find the tears of the moon, a pedal from a tree that is said to have healing powers that could change the world.

Emily Blunt’s character is the botanist in a man’s world trying to make her way to the Jungle to find this prize but she is fighting sexism, Nazi’s? (we are not really sure what our ‘prince’ is) and Zombie conquistadors. The character dynamic between Blunt’s character and her brother falls right into almost a copy of a familiar sibling pair, The Mummy’s Evelyn and Jonathan. Emily Blunt and her brother are more than just a pair of siblings that we could compare to Evelyn and Johnathan from The Mummy. Almost their entire evolution is a direct copy of those characters. Then we get scenes which if put side by side to Indiana Jones would be almost identical, but perhaps slightly tweaked.

Then comes the Rock, whose character is a riverboat captain. His entry into the film brought us puns so on the nose, you could give him a gold medal for keeping a straight face. Some of these lines are of course word for word lines from the namesake theme park ride but others are just puns. The attempt at romantic interest between the Rock’s character and Blunt’s falls flat. It feels like several scenes were missing or cut which led to it feeling more fake than the props Jack set up for his riverboat rides.

Paul Giamatti is a very wasted character in the film, and there isn’t much more to say about him. Now, I know it feels like all I have done is say how bad it is, but let’s also talk about where it works. It’s Disney and it’s a summer adventure film meant for families. The Rock’s comedic moments through the film are funny and if you have friends who love puns you will joyfully groan over each heavy-handed line. Even with all of that, I gave up trying to think too hard about it and just enjoy the adventure and goofiness that was Disney’s Jungle Cruise and I finished satisfied that I had some fun.

Disney’s Jungle Cruise pulls from some familiar tropes of the genre which naturally brings out comparisons and the pacing feels like someone lost control of the boat at a few points during the film, but its true to its nature as a summer blockbuster adventure fit for families that all together, manages to stay afloat and take us to our destination.

Disney’s Jungle Cruise is in theatres & streaming on Disney+ today.

Review: Amsterdam is an intriguing story with questionable dialog style