House hunting? Or maybe you’re looking to sell? If you need some help, you might think twice about hiring The Roman Agency – but if you’re looking for a fun new show, you definitely want to sign that contract for Surreal Estate. Syfy’s new 10-episode paranormal comedy/drama series starts tomorrow night (Friday nights, 10 pm Eastern).

With three of the new show’s stars connected to juggernaut hit Schitt’s Creek, how can this one fail? The Roman Agency is a very specialized real estate firm, taking on clients with problem houses to sell. These agents are SMEPs, as the company calls them – Specialists in Metaphysically Engaged Properties – taking on every Harvey, Lassie, poltergeist, and psychically screwed-up teenager in town. (What are Lassies and Harveys? Episode 2, next week.) Syfy says the show is about an “elite team of specialists that handle the cases no one else can: haunted and possessed houses that literally scare would-be buyers away. Researching, investigating and ‘fixing’ the things that go bump in the night, the team works to create closure – and closings – even as they struggle with demons of their own.”

Luke Roman (Tim Rozon, formerly of Schitt’s Creek, Wynonna Earp and Vagrant Queen) is the owner of the firm. Luke has his own personal experiences with the supernatural – his mother disappeared mysteriously many years ago, and his father died a while ago – but still keeps in touch. Luke sounds like your typical strip-mall realtor, up to a point. “I’m about one thing. Preserving homeowner equity. Protecting the God-given market value of your property from anything in this world – or the next.” Yep, there’s that point. 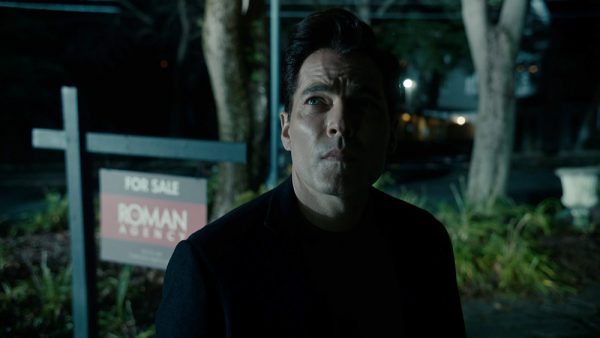 New to the firm is Susan Ireland (Sarah Levy, and yes, daughter of Eugene and sister of Dan), hired after being fired from a successful career at a competitor – and an unsuccessful affair with that agency’s owner. Despite having been inducted into the company’s Ring of Esteemed, er, something, for selling $10 million worth of property in 12 months, she has major self confidence issues. “Look at me. I’m 34, I’m not in a relationship, I’m locked into an above-prime mortgage rate, and I’m Winston Zeddemore from Ghostbusters,” she confesses to Luke. Susan has her own surprising history that, as she learns, makes her perfect for this new job. 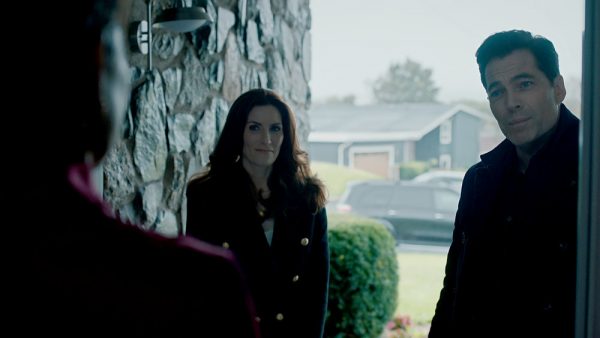 Med student Megan Donovan (Tennille Read) owns the terrifying home for sale in the pilot episode, complete with creepy characters about to perform an autopsy on her, and an attorney/fiancé so annoying that even Megan rolls her eyes at him (Tennille was a guest actress on Schitt’s Creek). Her spirit-infested home holds clues to Luke’s past.

Surreal Estate seems to be the bastard child of Ghost Hunters, HGTV and The Sixth Sense. Plenty of spirit detecting gadgets come into play, including specialized binoculars that can see dead people (hanging out on the balcony of Megan’s house), created by the firm’s quotation-spouting tech genius August Ripley (Maurice Dean Wint). The crew is rounded out by fallen priest Father Phil Orley (Adam Korson), who handles the often-just-as-mysterious paperwork, and prickly office manager Zooey L’Enfant (Savannah Basley). 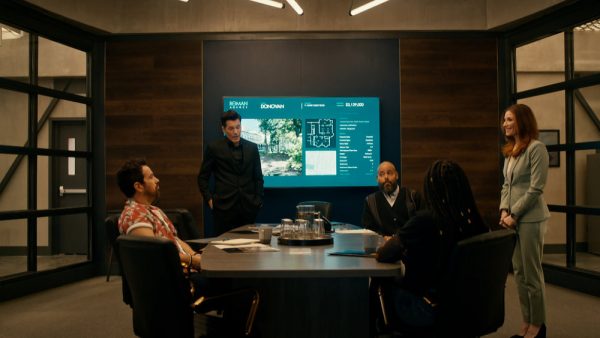 I worked for nearly 10 years in the real estate business, so this show cracked me up, with its recognizable jargon, yard signs, and home staging. Realtors are a unique bunch for sure! Surreal Estate captures the angst of homeowners, and the lengths agents will go to to make that sale. Homes definitely have their own weird vibes – although I’ve never personally come across a haunted one before. Nevertheless, I’m now prepared – Syfy sent me a great press kit for the show, with two giant bundles of sage for clearing out bad vibes, and crystals to restore the good ones. “Only love and low-maintenance composite decking last forever,” Luke says. I don’t think Surreal Estate needs to be saged or re-vibed – it’s a 3 bed, 2-1/2 bath two story worth of fun.

Do you have your own story of living in or try to sell a “metaphysically engaged” property? Leave us a comment below and tell us about it!