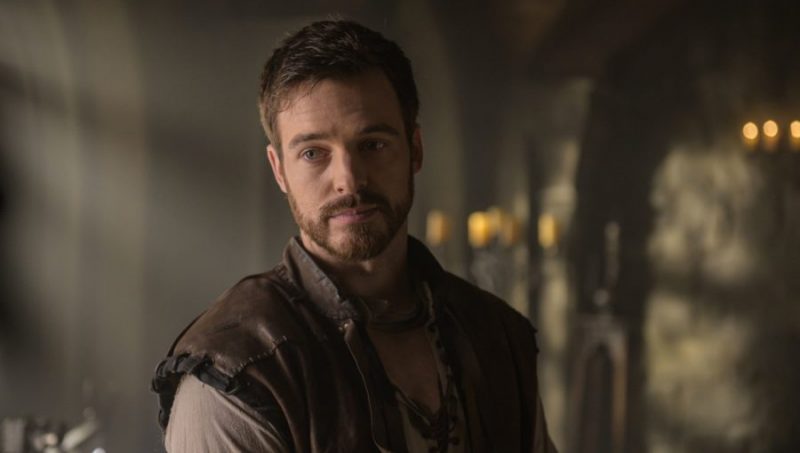 When actor Jake Stormoen looks back on the last 16 or so months, months that have included near continuous shooting on his show The Outpost (The CW), he admits it’s a bit of a blur.
But with season 3B of this fantasy-adventure gem about to premiere, Stormoen is home at last and rediscovering what normal is and can be. And he’s excited for fans to see what’s coming in this new season. But to get here has been a struggle, no question. One that has required considerable effort to put The Outpost on the screen.

“It’s all such a weird thing,” Stormoen said of the last year-plus. “You’re in it (The pandemic) and the whole world is going through it – I was lucky to work through it. I was kind of in my own little universe – my apartment and the set in Serbia – and that was it. That was all I did.” Season 3A’s filming got interrupted by the pandemic, forcing a stop for about three months. Then cast and crew reassembled in Serbia to finish that season. When that was done, they took what amounted to a couple week break and then were back at it filming season 3B. 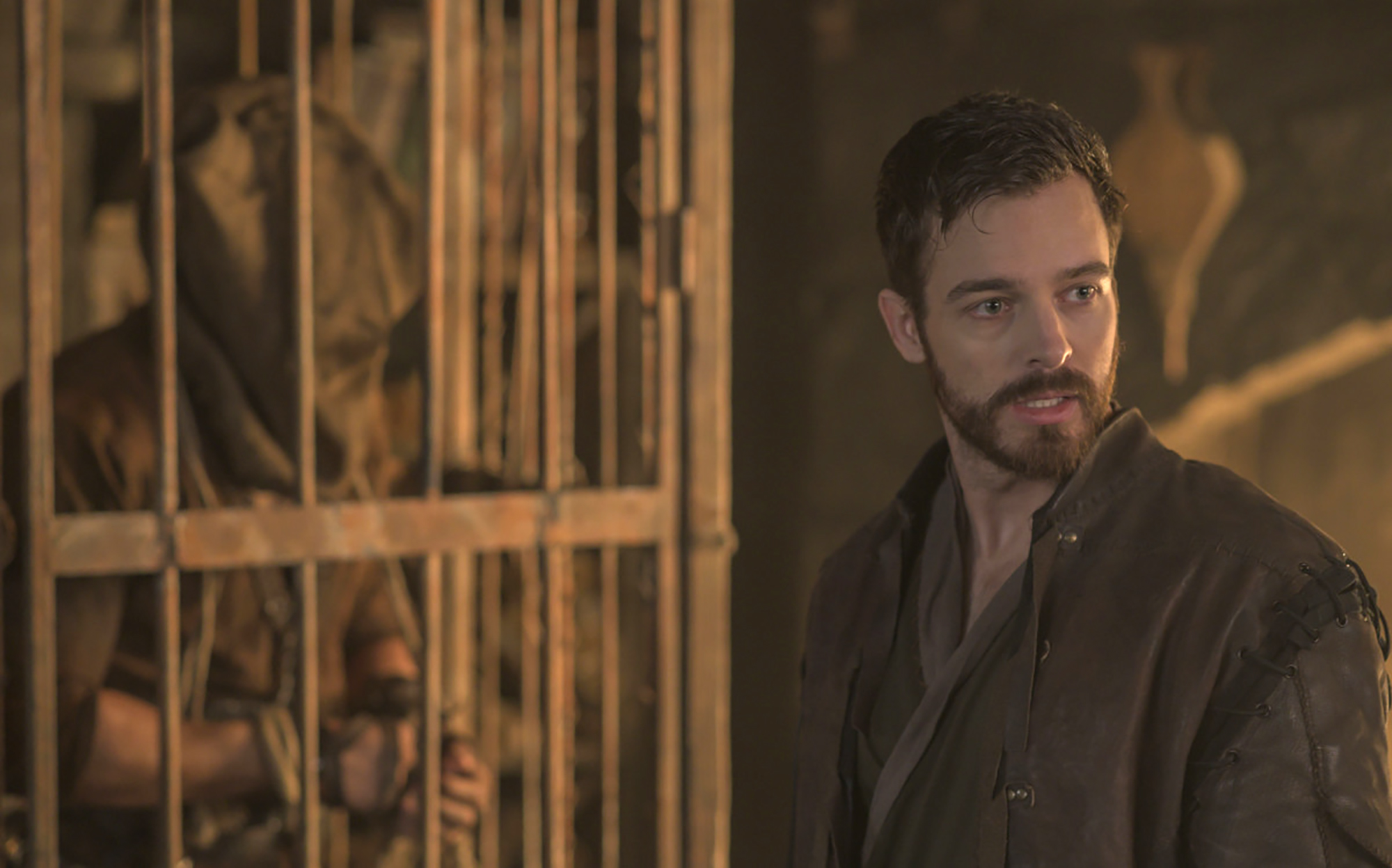 “It was just a blur and then we were back at it again,” Stormoen said of filming. “To me, it was kind of its own thing, an off to the side experience. Now I’m back (home) and we’re through it. I’m literally trying to remember the storyline of the premiere.”

While dealing with Covid-19 restrictions was a burden that Stormoen, cast and crew had to work through, the character he plays, knight of the realm Garret Spears, has been struggling with his own issues through the last two seasons. And just when it seemed that Garret had started to find himself again – two key deaths at the end of season 3A would seem to have upended that healing process.

“I think for Garret, a lot had happened in the third season, especially in the finale,” Stormoen explained. “Everything post-season 2 was about him finding purpose. Maybe he’d be able to take on a little more responsibility again as a place to focus. I think that continues when we pick up (3B). I think there’s a lot of that happening – Garret still trying to find that responsibility and purpose. The direction he thought he’d found – serving Gwynn and Tobin – no longer exists. So, I think everybody is trying to scramble – ‘What do we do now?’ and move forward as the Outpost, as a community. That’s probably what you’ll see the most of and Garret is pretty high on that list of finding purpose. The rug keeps getting pulled out from under him.” 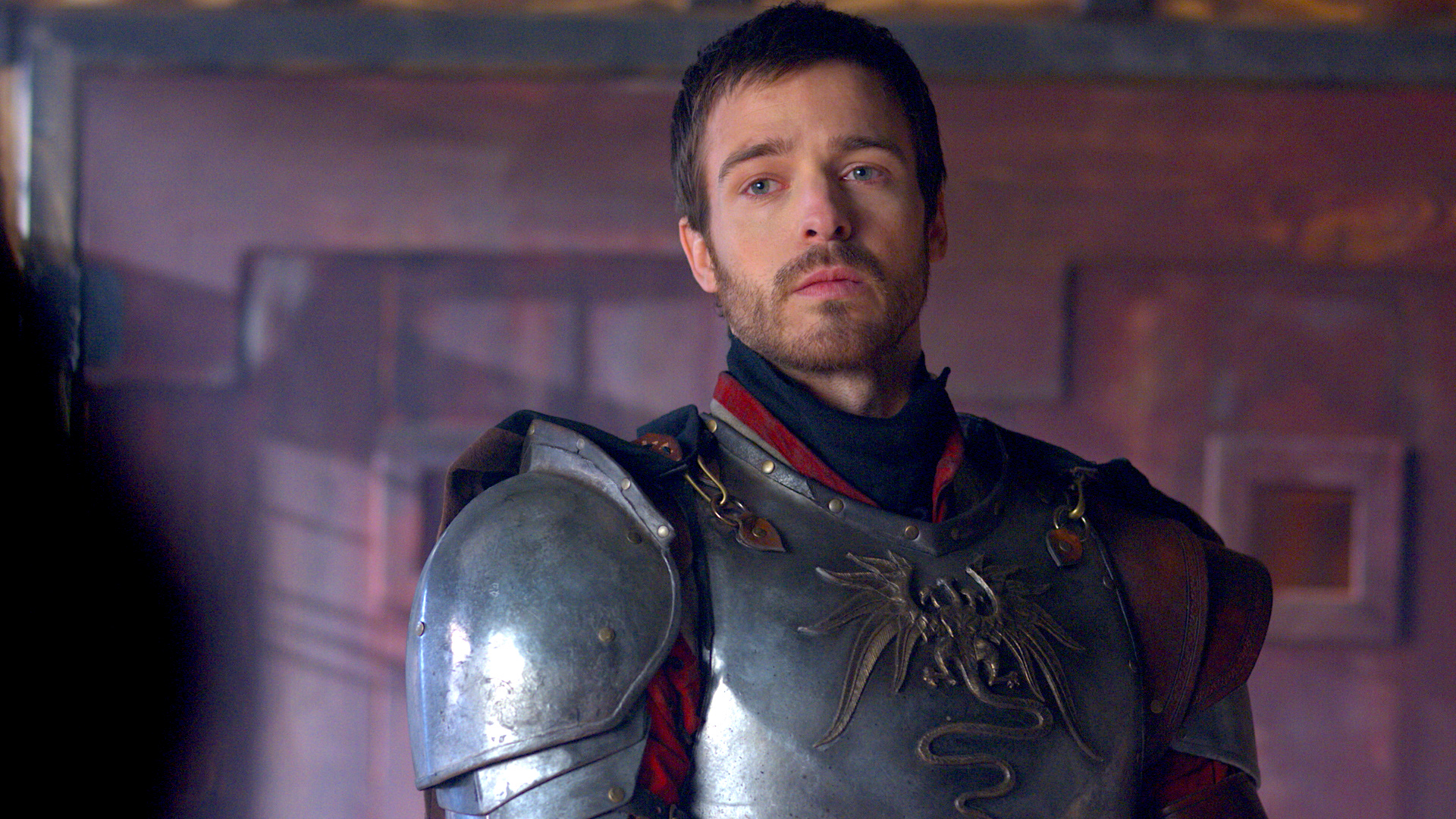 Stormoen said it has become pretty easy to fall back into Garret at this point and sees a character that has changed “quite a bit” over the course of the show’s four seasons.
“Garrett has become a means to accomplish certain story beats, and I don’t say that positively or negatively, it’s just who he is,” Stormoen said. “He did start out as this naïve paladin, this shining knight, but that was upended in the second season and it’s just been constant turmoil for him. Garret, as a character, was a heavy plot point for that turmoil in season 2 and I think that continued in season 3A.”

One of the attractive parts about playing Garret, according to Stormoen, is that every episode or two you get a different director coming in with a different feel for the show and script and they look to kind of accomplish their own things with it. And the character of Garret gets swept along in that. And that, said Stormoen, makes playing Garret Spears a lot of fun.

“It’s kind of fun to be along for the ride,” he said. “As for me playing Garret, I’ve had some curveballs thrown my way and that has been fun to have to pivot and adapt and find a way to thread this golden thread through the needle. I’ve had a lot of fun playing Garret. I’ve liked this kind of deconstruction in playing him. As a fan of Garret, I would love to see him have a bit of a break. However, it has also been fun to be thrown into the mix and play it out in a fantasy world. 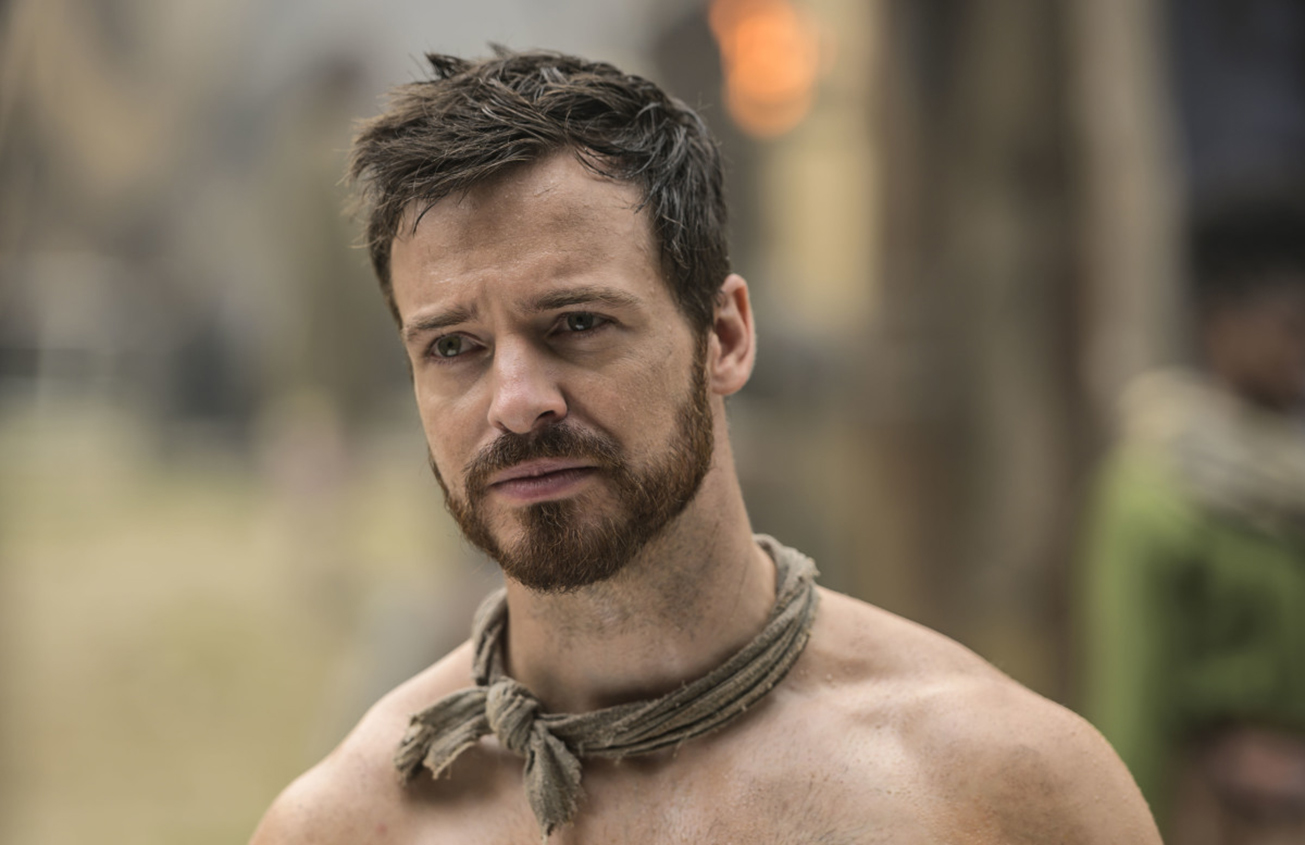 “I do love getting those revelations about what Garret is going to do or be,” Stormoen added. “Every time a new script lands in my email box, I read it that day. I’m so excited and am always wanting to see what’s happening next.” Also helping The Outpost effort along has been the family feel on the set. The cast and crew of The Outpost formed bonds very early, Stormoen noted, and the family atmosphere is prevalent on set and within the group. And that helped a lot. “We’re all family at this point and I think we got that way early on,” he said. “We really bonded early on and every time we add a new cast members, it’s always so good. We’ve just been wonderfully blessed and crazy lucky like that.”

With 13 more episodes of The Outpost on The CW about to get rolling, the show’s fandom continues to grow and let those connected with the show know they are out there and they are passionate. Stormoen said that he sees and hears the passion of the fandom and values what they bring to the table on a constant basis. “I’m continuously blown away by the support,” he said. “The fans we have, they are so vocal about their love of the show. It’s really cool to see and especially so after more than 15 months of near continuous work. To have that and come back and wake up from this dreamlike state of this fantasy world and see people are so excited to have it back. That’s really fun to see.” 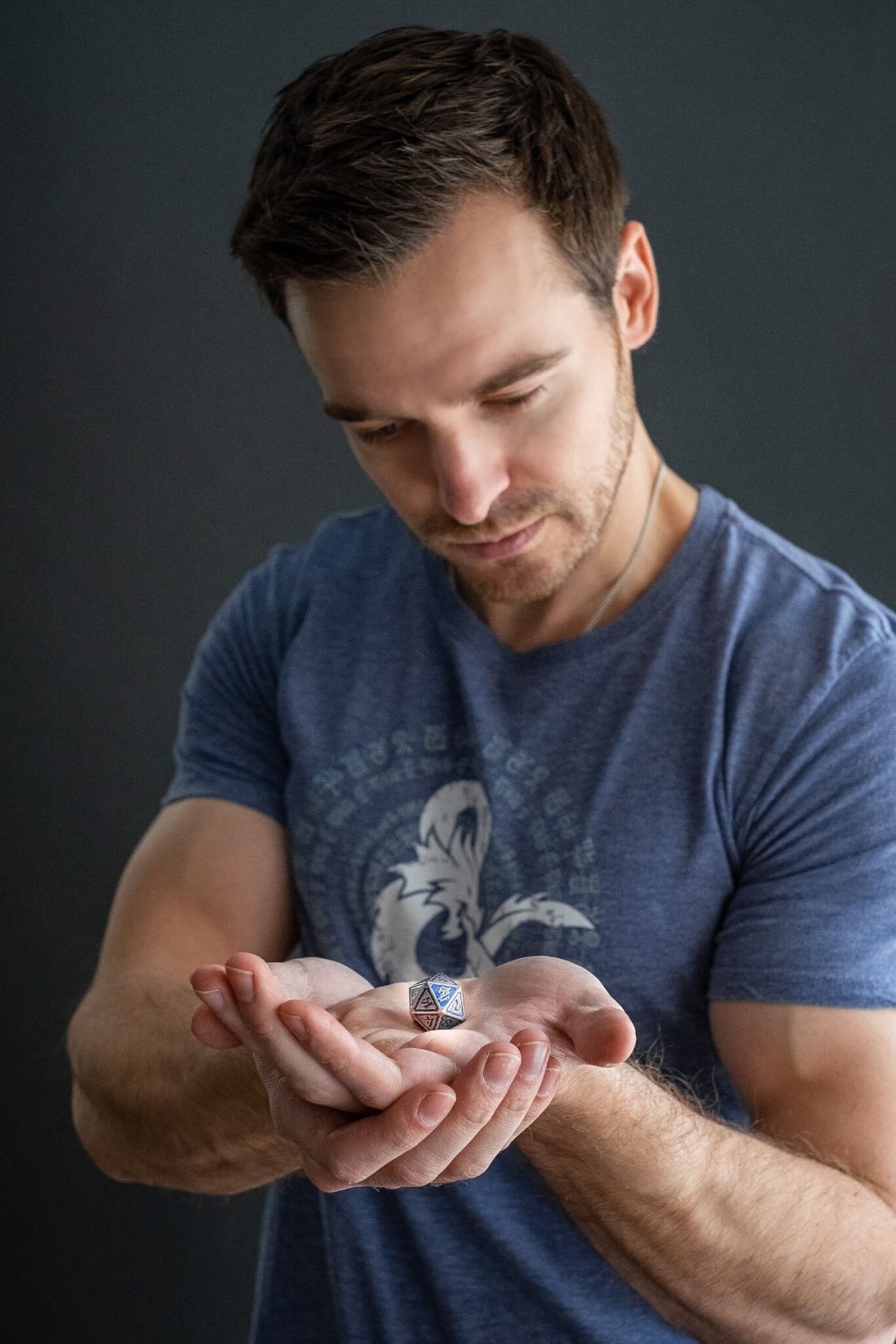 Now back at home, Stormoen said he is just finding that new normal again and engaging in the “standard actor fare at this point.” That means lining up audition videos and other items as he looks to book other work. There’s been no word on whether a fifth season of The Outpost is in the offing, something the fans and Stormoen are certainly hoping pans out.

But Stormoen hasn’t been idle. During the pandemic and filming of The Outpost, he managed to squeeze in some other projects, including a short film called “No Greater Courage, No Greater Love,” and do some voice work for The Elder Scrolls Online: Blackwood. He’ll also continue his D&D dice project, Storm Forged dice through Die Hard Dice, of which Stormoen noted “that has been moving forward remarkably well. We will be moving forward with new designs.”

And for all that’s happened or happening, it’s important to remember that The Outpost returns Thursday, July 15, at 9 p.m. on The CW and run for 13 episodes.