Yesterday, Sam Heughan’s most recent film made its second streaming platform debut. Formerly titled SAS: Red Notice when it ran on Amazon Prime earlier this year, the film was retitled SAS: Rise of the Black Swan when it arrived on Netflix (due to a conflict with an upcoming Dwayne Johnson film). The movie was based on Andy McNab’s book, the first in a series. Sam did a Q&A with fans on Twitter last night to talk about and promote the film!

Q You do well with the guns and action stuff, would you ever do a World War 2 film?
A Love to! Though I’ve done a bunch of period stuff in the past…

Q Aside from the mountain climbing movie…any other adventures in the works? I apologize for forgetting the name of the movie…but I’m old
A Working on a couple things right now!

Q will there be a sequel? And will you play Tom again?
A Love to! Tom only just found out what he is….

Q What scene was the most difficult for Tom to perform?
A The finale in the snow. Not difficult. But cold. Paris was tough, for different reasons. And the train. And the action. And the….

Q How was playing Tom different from the other characters you’ve played over the years? You were absolutely brilliant (as always) on SAS Red Notice. Super proud of you.
A He’s a psychopath

Q How long did it take to film?
A We shot I think 6 weeks in Budapest. Then couple days in Paris, Spain and London each. I think…

Q How was it for Tom to record those amazing scenes on the train??? and speak French with the little girl??? since the first time i saw the scenes i’ve been wanting to know the answer
A She is brilliant! We became friends and is waaaay more professional than me. The french scenes are good I think, a glimpse into Tom’s relatively little understanding or basic knowledge of social interaction

Q Is Tom’s Nana a psychopath too?
A Well spotted! Clearly she also had a “way of seeing the world”, loved in her own way…

Q how good was it playing along side Ruby Rose
A She’s terrific and we hung out together a little. Intense character but think she did a terrific job. There’s a weird “understanding” between psychos…

Q What was your favorite scene?
A The scenes with Hannah (John-Kamen, Sophie). She’s the heart of the piece and so good to work with!

Q What did you love most filming this movie?
A So much work, drive and passion went into it. It would never have been made without sacrifice and 100% dedication. It’s hard to make (good) independent action movies

Q Do you ever take any souvenirs from the sets you work on? And if so what did you take from this one?
A Hehe I love a leather jacket…. Might have “found” this one in my baggage

Q are you still planning on getting your own cat?!
A Should I freeze it?

Q Did @The_Real_McNab (Andy McNab, the book’s author) really show you how to kill someone with a cell phone?
A Yes…

Q Can you tell us anything about your upcoming movie with Celine Dion and when the release date is?
A Finishing it now. It’s looking good and release will be … Soon!???

Q Did Andy McNab see himself in your portrayal of him?
A Hope so. There’s a lot of him in it…

Q What  meal would make you or Tom do the happy dance?
A Tom loves rare steak.

Q Did you actually do the stunt where you fall in the leaves?
A Ha! No way! – top and tailed that. Our poor stunt team did that in the freezing cold, leaves were solid. They’re so brave.

Q Any pics of you on a bike recently?
A 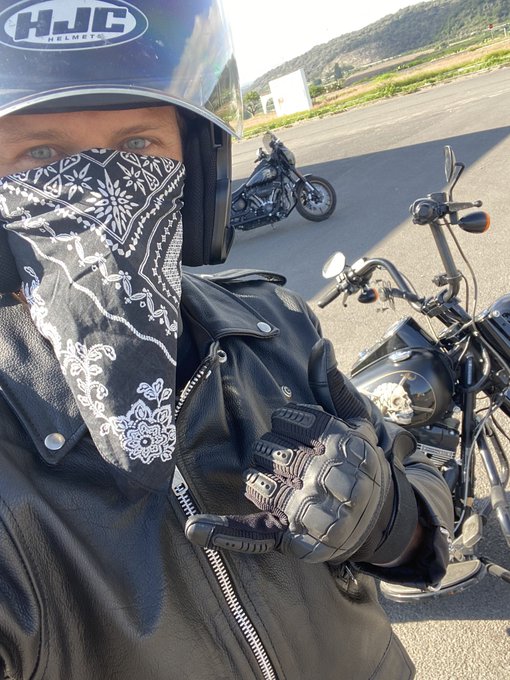 Q How much working out did you and the cast do together while filming? Must have been a sweat fest. And any competition between you and Tom Hopper?
A Love Tom Hopper! We trained a lot together. He’s a great motivator and chef!

Q Have you ever actually ridden on the Eurotrain? If not, would you want to after making this movie?
A Yes. We shot on it. The scenes in St. Panc station were real!

Q What was the longest day of filming (as time)? What did you “hate” the most during the filming?
A It was a super tough shoot. Long days, action packed and in the winter in Budapest. But I loved every second. We finished the day before Xmas eve!

Q Do you have a spare Sassenach I can borrow for the remainder of the movie? Please!
A It’s coming! We have good news…

Thanks so much for joining me! Please enjoy SAS: Ride of the Black Swan on @netflix
Look forward to hearing what you think!x#AskTom pic.twitter.com/YsRvcT5zt7

If you haven’t seen the film yet, here’s the trailer:

What did you think of this film? Comment below and let me know!