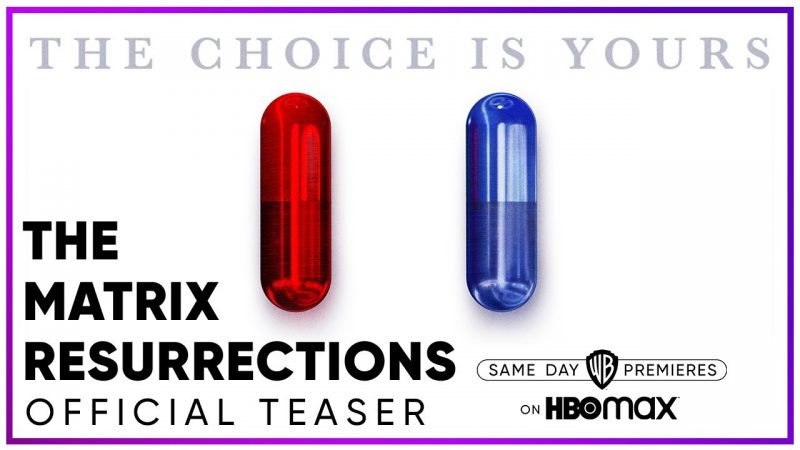 By: Robert Prentice
The Matrix

It has been 22 years since the first Matrix film came out, and 18 since the 3rd film of the series was released. Now, this Dec, we will get the next (and final?) film in the franchise titled “The Matrix Resurrections”. Only one of the Wachowski pair will be helming this 4th film. Many felt the final 2 films were not as good and don’t consider them canon to the story even though they continued the story that began with the original film. To be fair the first Matrix film was groundbreaking for its time. The others were less so but they were stylishly futuristic in nature and built a deeper world for us. Its that ground work that is going to make this fourth film in the franchise pay off and work. So enough babbling and lets check out the trailer that just dropped.

Its not unfair to make John Wick comparisons to Keanu Reeves looks but everything about this trailer is mesmerizing, confusing, thought provoking and nostalgia filled. There are many theories about the timeline, which version of ‘the one’ this is and how this point in time relates to the original story line. The trailer smartly doesn’t give us much to go on. And if they are smart they will keep it that way. Don’t let this turn into 15 trailers spoiling the movie before we see it. And who is Neil Patrick Harris playing? Why young Morpheus?

The Matrix Resurrections in theaters and on HBO Max December 22

About The Matrix Resurrections

From visionary filmmaker Lana Wachowski comes “The Matrix Resurrections,” the long-awaited fourth film in the groundbreaking franchise that redefined a genre. The new film reunites original stars Keanu Reeves and Carrie-Anne Moss in the iconic roles they made famous, Neo and Trinity.

Lana Wachowski directed from a screenplay by Wachowski & David Mitchell & Aleksander Hemon, based on characters created by The Wachowskis. The film was produced by Grant Hill, James McTeigue and Lana Wachowski. The executive producers were Garrett Grant, Terry Needham, Michael Salven, Jesse Ehrman and Bruce Berman.