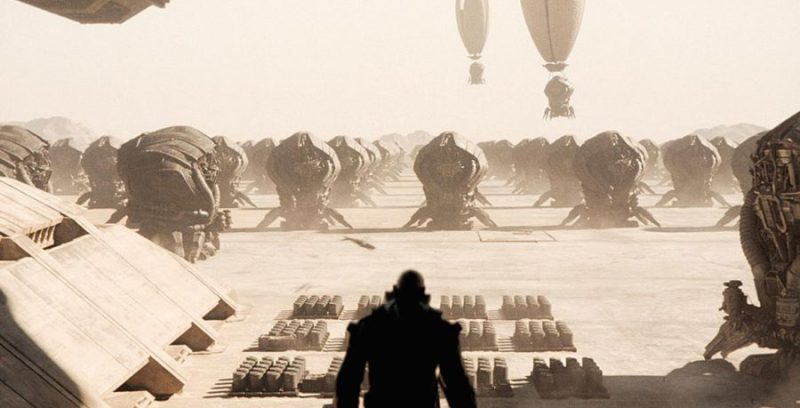 It’s hard not to get a feeling of wonder throughout the run time of Dune, as director Denis Villeneuve clearly thought that no matter what, the cinematography needs to be spectacular. Consider Villeneuve’s goal achieved as this new offering of Frank Herbert’s colossal written work is often visually spectacular while it tries to tell a story that many have thought impossible.

I’ve seen the now cult-classic 1984 movie version and the 2000 mini-series. After finally reading the book during all that pandemic down time, I see why those offerings felt like they’d come up short. The truth is, it’s almost impossible not to remove large swaths of plot and exclude characters when trying to put something like Dune on the screen.

I’ll admit as well that I didn’t realize this was simply “part 1” of what I would imagine is a multi-part Dune legacy that Villeneuve hopes to create. If that’s the case, despite the missing parts and the finish that seemed pretty subdued, I’ll give Villeneuve and his cast of fantastic actors a lot of credit. The movie, this part of the Dune franchise, retains the overall arc of the book. And for that, I’m grateful. In a bit of good news, one day after I wrote this, Dune Part II was officially confirmed as getting the green light. So, rejoice, my friends.

First, the star power in this movie is tremendous with Timothee Chalamet taking on the role of Paul and Oscar Isaac playing Duke Leto. But there’s so much more – Rebecca Ferguson, Jason Momoa, Stellan Skarsgard, Josh Brolin, Javier Bardem, Sharon Duncan-Brewster, Dave Bautista, Zendaya and on and on. The truth is, with so much ability wafting across the screen, it almost feels like some characters don’t get enough time to do their thing.

But here’s the counter-point to that, the acting is so dialed in and on-point that even small moments on the screen shine brightly. And that’s one of the things that makes this film so interesting – everyone contributes no matter how small the moment.

As in the book, Paul becomes aware that his destiny may include more than simply accompanying the Atreides family to their new role on the planet Arrakis. Whispy dreams featuring Zendaya’s character Chani fill his senses and prepare him to walk down a path he could neither recognize nor understand. Duke Leito, on orders from the emperor, takes charge of the planet in which giant sandworms roam the great wastes, and native people live a spartan existence in the same place, while the spice, the real prize on Arrakis, must be kept flowing. 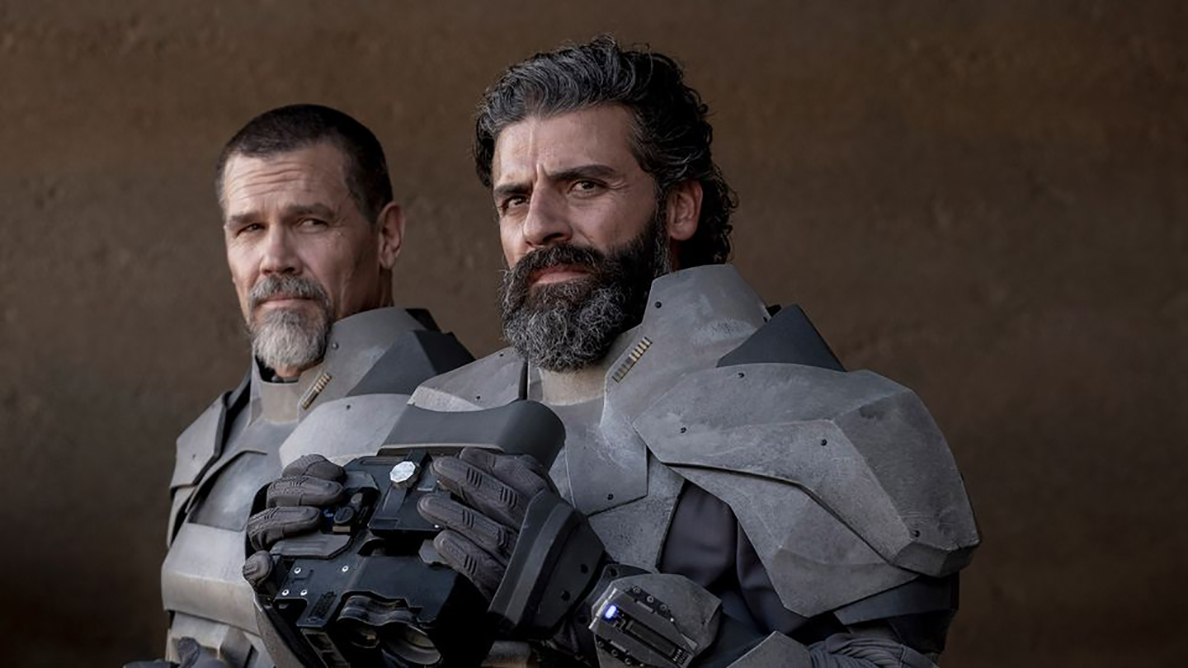 What follows is a game of cat-and-mouse featuring Duke Leito, his wife and son, Paul, and Baron Harkonnen, played with a delightfully subtle despicability by Skarsgard (Is there anything this guy does that isn’t good?). And when it all comes tumbling down, Paul and his mother flee into the sand. To get there, they traverse a world of sword battles, heroic deaths, and the very real possibility that Paul may be something other than simply a young man suddenly without his father in a strange world and now beholden to a strange people, the Fremen.

Again, for those who insist the book should be followed, there will be some disappointment, but this film, with a run time of two hours, 35 minutes, can’t possibly cover all the ground that Herbert’s tome does, even as a first half offering. There are omissions and there are changes, including the character Dr. Liet Kynes, who in the book is a man, but is played as a woman by Sharon Duncan-Brewster, who is both formidable and fairly amazing. It may be a casting choice that bothers the pure faith, but I thought she was incredibly real and spot-on. 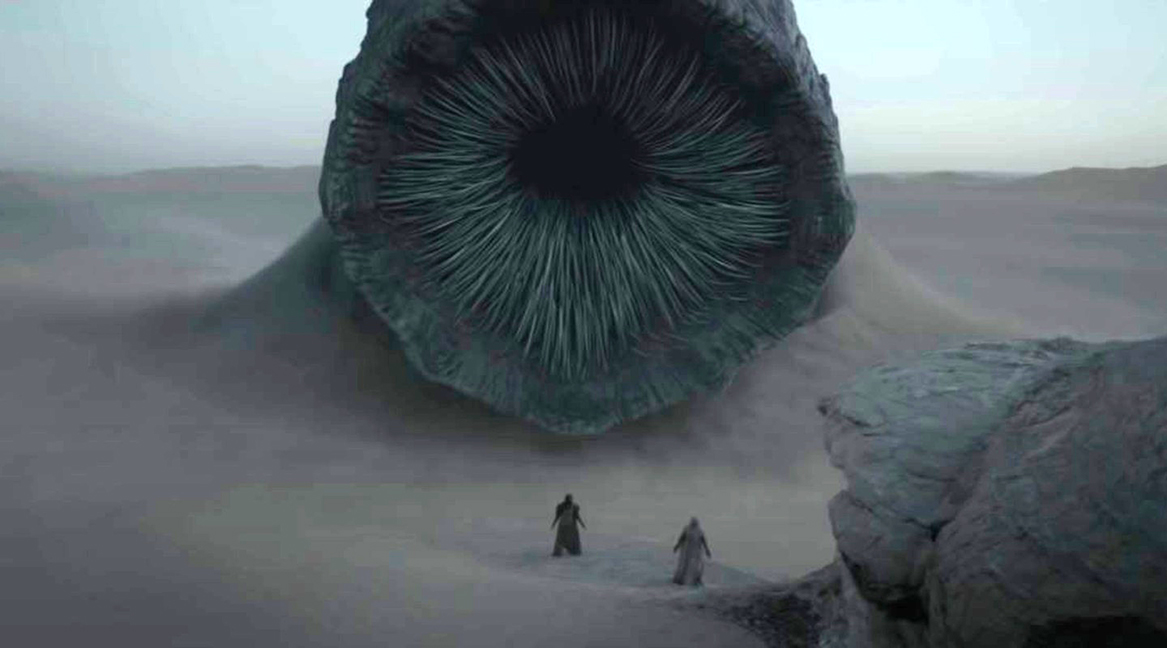 If this is the first half of a two-part movie run for Dune, then it’s off to a good start. Yes, there are areas you could quibble with and certainly swaths of the book that aren’t accounted for in the run time, but there’s a lot to like visually and in the storytelling here. At times, it’s visually stunning and that helps with the overall narrative.

The actors seem to lean into the roles they have been appointed to play, including Chalamet, whom I struggled to see in the role at Paul initially. But he plays Paul with equal parts youthful confusion and strength, which he draws on as the movie moves along.

Villeneuve has taken on a mighty task and created something visually stunning to sit through for two-and-a-half hours. The general arc of the book is in place, though you’ll have to accept some changes and omissions, which didn’t bother me much. Dune has nice pacing and an entertaining sci-fi vibe going for it. Lovers of the book will find plenty to like about this newest offering, and with a second movie apparently soon to be confirmed, the tale of House Atreides appears ready to continue on.

Paul has met the Fremen in a very real and deadly way, he’s locked eyes with the lovely Fremen in his dreams, and the path to his being the “chosen one” has begun. Just a note: Despite the trailers, there are some characters you won’t see a lot of in this one. But overall, Dune delivers very nicely on the promise of the book. Looking forward to part 2.