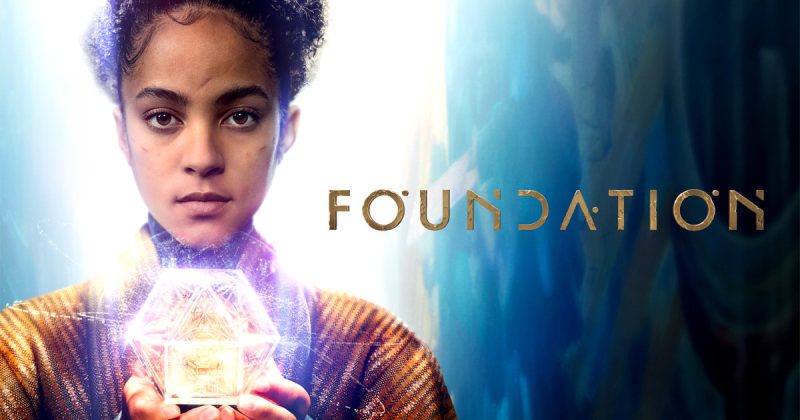 If you’ve hesitated watching AppleTV’s production of Foundation because you haven’t read the 60-year-old Isaac Asimov stories it’s based on, I strongly suggest you not let that hold you back. In fact, it may be an advantage to not have read the source material – like many other huge TV shows and movies based on very popular series, the possibility for disappointment seems to be much greater if your expectations – in characters, missing story lines, “it doesn’t look like that” – aren’t met. I have not read any of Foundation (and I’m not sure how I missed this honestly, but I’ll be remedying it AFTER this season), and I’m enjoying this large, lavish production immensely.

Foundation, to this point (I’m 6 episodes in), is three stories that are currently loosely tied together. Story 1 – the Empire, covering galaxies and hundreds of planets and beliefs, is unraveling. It is ruled by a triumvirate of emperors – all titled Empire – and the downfall is predicted by mathematician and “psychohistorian” Hari Seldon (Jared Harris). Unwilling to face the possible truth of Hari’s predictions, which will happen over centuries, Hari and his followers are exiled to the farthest reaches of the Empire, where they will put together the Foundation, a vast encyclopedia of all human knowledge that will be required to restart civilization once it collapses. 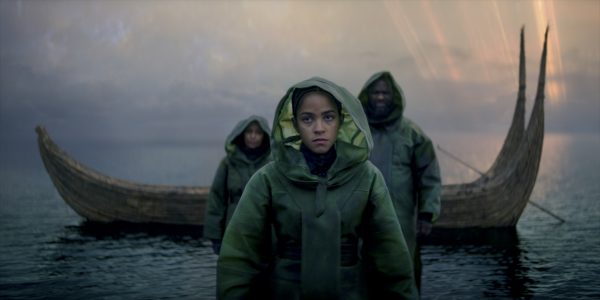 Hari’s newest protege, Gaal Dornick (Lou Llobell), comes from a world where math and the Empire are heretical. But she is a prodigy, and with her parents’ help, makes her way to the Empire’s home planet, Trantor. Almost immediately, Hari and the followers are exiled to Terminus, the farthest planet, on an extended, many-year journey. Hari sees the broad outlines of future events, but says that only large movements can be predicted, without being able to factor in the actions of individuals and those whose existence may put wrinkles in the expected timeline.

Story 2 follows the rulers of the empire, the trials they face as Hari’s predictions seem to come true, and their individual struggles with what may be “genetic fade,” as clone after clone is made from the original Emperor, Clen 1. The three emperors are “decanted” years apart so there is always a youngest, Brother Dawn; a dominant, strong adult, Brother Day; and an aging, wise Brother Dusk. As they age, and the current Brother Dusk reaches the end of his life, they “ascend” to the next position. Lee Pace, who I would watch in anything, plays Brother Day – no matter what point the story is at (as Foundation covers a huge time span). Brother Day could be a descendant of Pace’s elven king, Thranduil, from The Hobbit – the same imperial, supremely confident, ruler. Pace’s measured, deliberate style in this series makes him compelling to watch in any scene, whether it’s pushing rebels off a wall or showing a woman from his harem how to get through his force field to touch him. The two rulers at the far ends of the life, Dawn (Cassian Bilton, in Dawn’s slightly older stage) and Dusk (Terrence Mann), show much more variance in their behavior and temperament, with secrets and skills of their own. 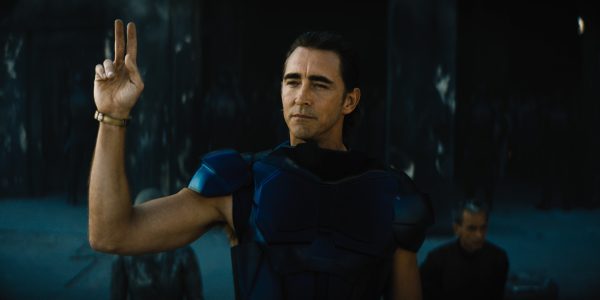 The trio is served by Demerzel (Laura Birn), a beautiful, loyal android who was companion to Cleon I. Demerzel is closer to Star Trek‘s Data than to R2D2, as she has her own beliefs and thoughts. I can’t help but wonder if, down the line, she has some role in the destruction of the Empire. 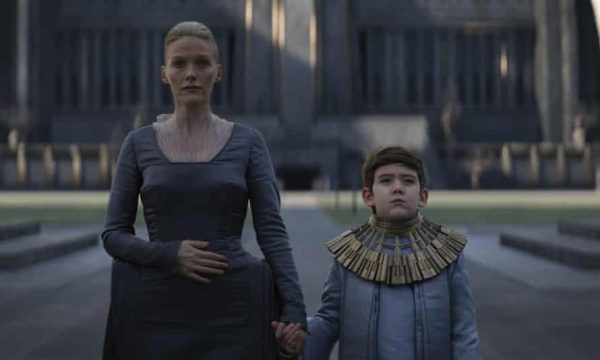 And story 3 is Terminus, the original settlers exiled with Hari to begin to create the encyclopedia that will guide the restart of civilization. Terminus is a barren, unsettled world, and the survivors and children of the light-years-long trip must face not only the environment, but the effects of a strange, pre-existing Tower. They rely on Salvor Hardin (Leah Harvey), the daughter of two of the settlers, who is born with strange gifts. “We followed you from the day you could pull yourself up,” her father tells her. She alone can reach the Tower, getting through the force field it emits. And she begins to have visions of things way beyond her, that she never would have seen or known of. 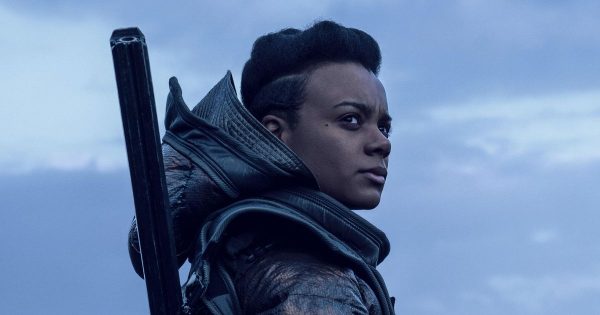 The show is visually stunning. From the beautiful, dream-like opening credits to the design of all the worlds involved, there’s always something to be amazed by. The looks of Trantor and Gaal’s home planet couldn’t be more different, but both are gorgeous. Unlike some sci fi shows, where you wonder why fashion hasn’t changed in hundreds or thousands of years, Foundation looks different from 2021. 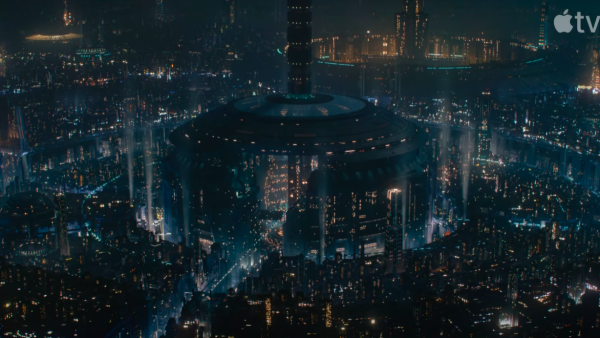 The show’s music is done by my very favorite film composer, Bear McCreary (who also scores Outlander and has done many other shows and video games, including Battlestar Galactica,). His score is an excellent companion – big, lavish, imperial. For more information about Bear and how he wrote this show’s music, take a look at his informative and interesting blog, here.

This featurette was released just this week:

The 10-episode season is coming out one episode at a time on Fridays, with episode 7 released today.