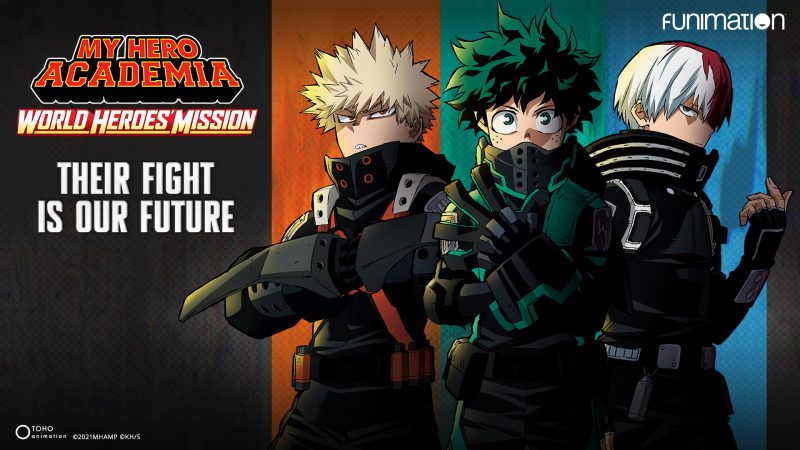 The next film installment in the My Hero Academia franchise is about to hit US theatres and the team is going worldwide this time. Featuring all of our major characters from the most recent season of the anime, World Heroes’ Mission also introduces a few new characters, villains, and stealth suits. First let’s check out the synopsis and a trailer for the new film and we will dive in.

In My Hero Academia: World Heroes’ Mission, U.A. High School students Izuku Midoriya, Shoto Todoroki, and Katsuki Bakugo face the greatest crisis in My Hero Academia history, with only two hours to save the world! During their internship with the number one Pro Hero Endeavor Agency, Deku and his new friend Rody find themselves wanted nationwide for a crime they didn’t commit.  Can Deku and his friends stop Humarise’s global plans of eliminating all Quirks?

Worldwide destruction? Kill all the heroes? Everyone’s life is in danger? Yep, that sums up another My Hero Academia film World Heroes’ Mission. This time, during their internship with the Endeavor Agency, our top future heroes Deku, Baguko, and Shoto go on an international mission. The goal is to stop an organization known as Humarise from setting off more bombs that could kill millions. The film sets off with all of our students from classes 1A and 1B spread out in different countries to attack the locations all at once. This is where we get our first (and sadly only) look at the stealth suits that they got to wear. I have to admit I am sad they were not featured more in the film.

Soon after their mission comes up empty-handed, Deku and another boy find themselves the target of the organization and stand accused of mass murder. One of the nice things about the latest film was the ability to see some more international exposure for our heroes and a new landscape to have them interacting with. The rest of the plot was Deku on the run from the law as he tries to learn why he has been framed and ultimately how to save the world.

The plot is a familiar, if not formulaic, one that has been done before. Though that being said, the heroes got to show off some of their new moves learned during their internships and that was worth the watch. In fact, Deku had a moment in the film where he reminded us of everything we love about Tom Holland as Spiderman. I won’t say more than that, so be sure to go watch the film. The villain isn’t much to remember, though his fanatical ideals are ones we will soon find front and center in the upcoming arc of My Hero Academia going into season 6.

While the plot of My Hero Academia: World Heroes’ Mission is predictable (and has no real bearing on the main story) and the villain forgettable, the visuals, soundtrack, and fun new moves of our leading new heroes is enough to make this a worthwhile watch for any fan of the series. The film hits US theatres tomorrow Oct 29th. Be sure to get your copy of the English translated ‘W’ special edition Manga specifically tied to the film from your local theatres, while supplies last. 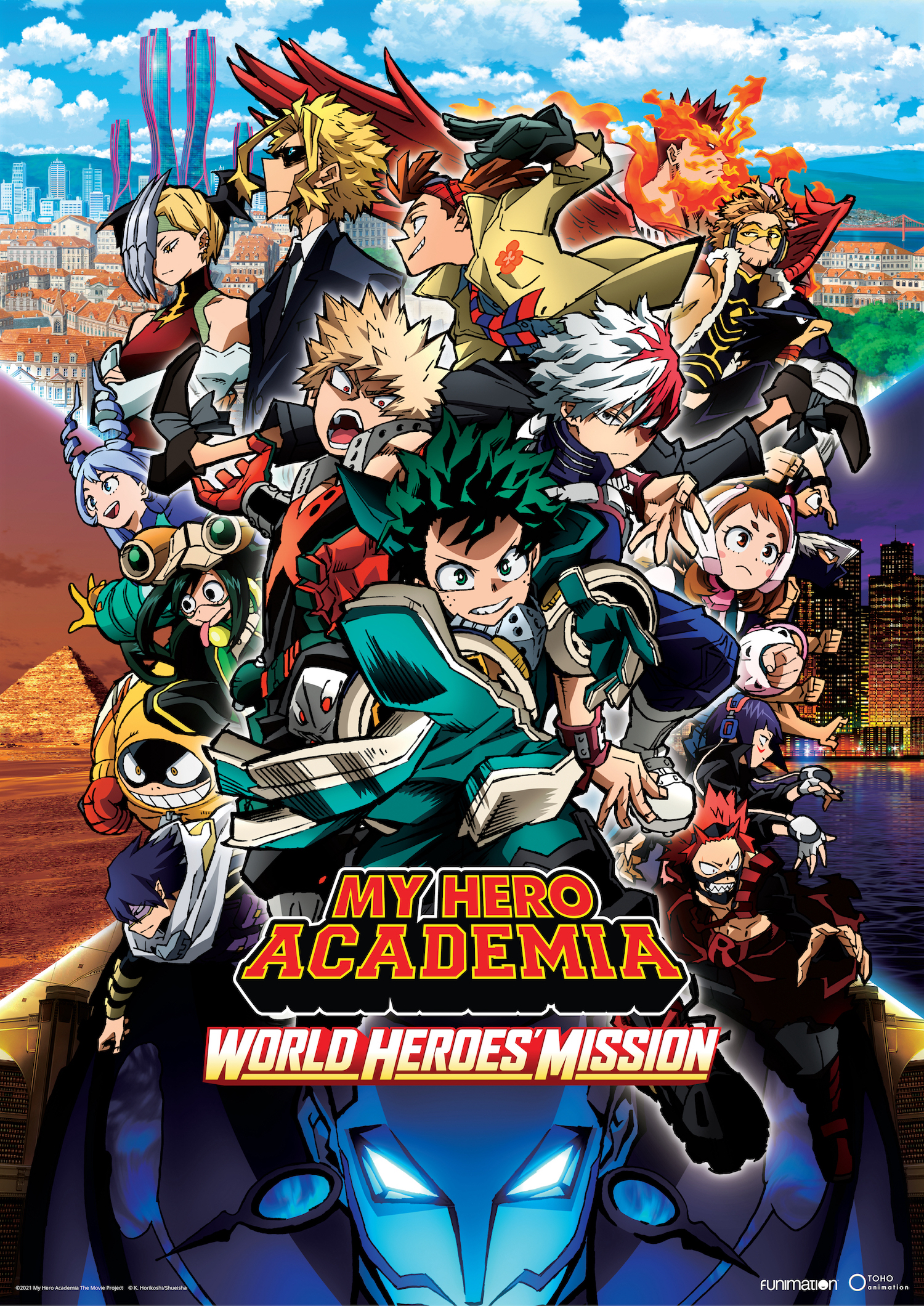