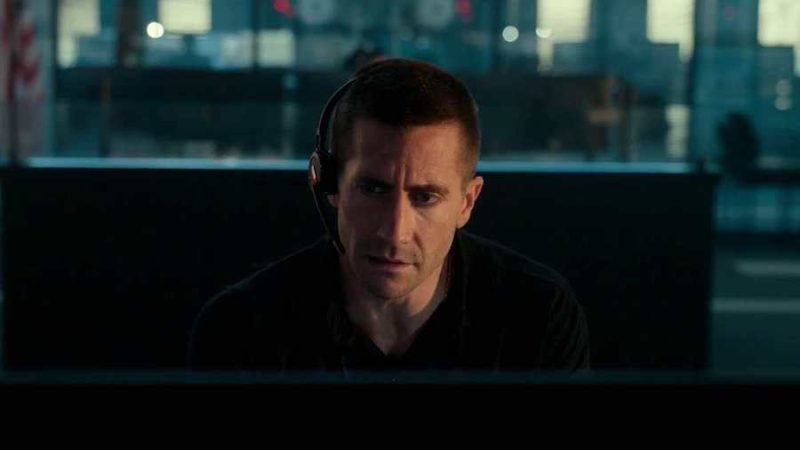 The Guilty- A Former 9-1-1 Dispatcher’s Review

Let me start this off by saying that I was a 9-1-1 dispatcher for five years. In April of 2021 I hung up my headset to pursue other things, but I will forever and always be a dispatcher. This is a big reason why I wanted to review The Guilty.

Where do I begin? I’ll start with the tag line for The Guilty. “A police detective demoted to dispatcher” is truly a revolting statement.That is not how any of this works. Considering dispatch as a demotion is an antiquated thought process. So many deputies I knew told me there was no way they could do my job and the same goes for me on their side. There are reasons why we chose which side of the mic we were on and that needs to be respected.

This movie assumed that a detective that kills an innocent kid just gets put in the dispatch side of things. If an LEO (officer/deputy) kills anyone they’re put on administrative leave. Simple as that. There’s a review process for the shooting and the LEO usually does not come back until that’s up. Whatever the hell this is is not typical. However, if your agency operates this way please correct me! At the agency I worked for, there is light-duty that includes calling some callers back but they do not accept the initial 9-1-1 calls and I can guarantee that LAPD operates that same way.

I have a lot of gripes with The Guilty. Jake Gyllenhaal does an alright job in his role, but the writing was just awful. There were so many things that made me go “insta-fired” and as a detective he absolutely knew what was allowed and not allowed. First off, his customer service was total trash. I don’t care what kind of day you’re having or what problems you have at home, you’re not there to bitch about your life to callers. You’re there to save people and get them help, in spite of themselves. I can’t tell you how many times I rolled my eyes, sighed, and laughed at callers but NEVER while I was on the phone with them. You check your judgement at the door when you answer that call because it is NEVER about you.

Secondly, did this man ever go through a liability class? CYA! Do not ever say anything on a recoded line that you want coming back to bite you in the ass. There’s an instance where he’s talking trash about a caller to another agency as he was telling that agency to respond out to the caller. UHM, sir. If that call needs to go to court that recording will be played plain as day in front of the caller, judge, and jury and you’re going to look like a total jerk. Also, stop assuming, stop talking to callers like that, stop telling your coworkers to leave you alone. Why was his supervisor just letting him do this? Obviously he wasn’t in a state to answer calls so why let him keep going? ARG!

Ok. Let’s talk about the meat and potatoes of The Guilty. He gets a call from a woman who pretends to be talking to her child. This is a pretty common thing for us to deal with and I really respect the way he handled it once he figured out what was going on. Having her act like she was talking to her daughter and also asking yes or no questions was great. The thing I did have a problem with was him putting her on hold. I’m not sure what their policy is, but it would have been a lot safer for him to ask someone in the room to help. The dispatch center is all about teamwork and I didn’t feel that from this movie at all.

He then proceeds to get hung up on and attempts to call her back. Rule number one of any type of hostage or domestic violence situation, don’t call back. Ding dong… Anyway. He ends up talking to the caller’s daughter, Abby, and basically making the her freak out. That was a bit ridiculous. I will say my dispatcher gut absolutely dropped when Abby told him that her brother was sleeping and she was told not to bother him. That throws up my red flags so much and it turns out I was partially right.

The Guilty’s story goes on and he does a bunch of other really stupid out of line/against policy nonsense. Spending an entire shift on just one call? Insta-fired. Telling a caller they’re not important enough? WHAT?! Insta-fired. Telling cops how to respond to calls? Maybe not insta-fired, but definitely harassed the rest of your shift by angry deputies/sergeants. Doing all of that overtime, for no real reason, without getting it approved first? Reprimanded to no end by your supervisor and manager!

My motto through this entire thing was “insta-fired” and it made me laugh a lot at the heinous things he’d say. Sure, we’ve all wanted to tell a caller to eff off after they’ve just called you an idiot and many more things I cannot repeat, but we don’t. We’re not allowed to react to them and this once again just proves how little the director knows about this field. I don’t care the day you’ve had. If you talk to a caller the way he did you’re going to instantly end up on the news or as a lesson learned in the liability class the entire department will have to repeat thanks to your dumbass! By the way, every single call is recorded. Every single one. So he’s absolutely on the hook for his nonsense.

The twist at the end of The Guilty was pretty interesting. I kind of liked that he got bit in the ass for the way he handled everything. He really deserved that, to be honest. It felt good to have them give me that “told you so” moment.

Another gripe I have is the fact he brought his personal life into the call. I won’t deny that I have brought in things about myself to calm a caller, like the fact I have a dog or the fact I’ve lived in the same town as them for my entire life. I also commiserated about being afraid to be alone in my house and understand how scary it is when things go bump in the night. However, I have never, ever, ever told someone anything as personal as he does. As a matter of fact, we tell our newbies to never divulge anything like that to a caller. I don’t care how desperate you are to stop a caller from doing something drastic, it is never about you in that moment. Absolutely ridiculous.

Overall. I could not stand this movie. The more I think about it the more heated I get. It was an awful portrayal of everything law enforcement. There was zero awareness to the entire thing. I don’t care about how righteous he was in the end. He was conspiring to lie to the courts in the first place. Awful. Just awful.

Maybe as someone who doesn’t have an insider’s perspective, this movie might be exhilarating, fun, and saddening. But not for me.