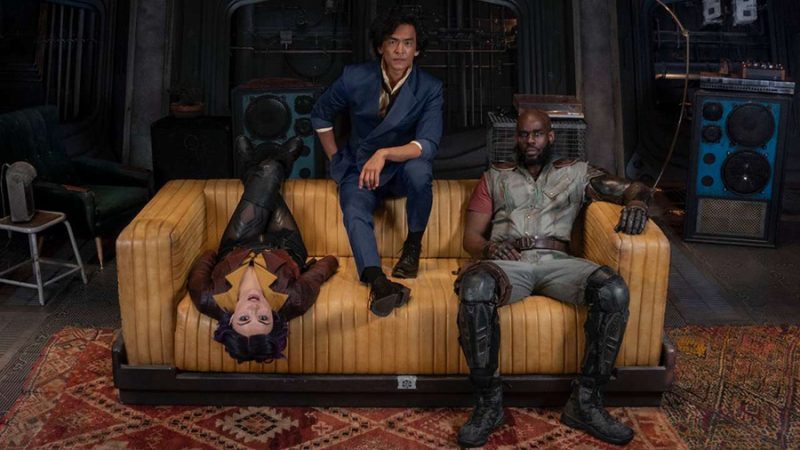 Arguably, Cowboy Bebop was one of my most anticipated shows of 2021. Since the announcement I was looking forward to the show, but also skeptical about whether or not I would like it. I was nervous about the casting and was nervous about how Netflix was going to capture the right feeling. When they released the opening credits my mind was immediately at ease, but now that I’ve actually watched the show. I’M ALL IN! This Go or No Go will be based solely on the first episode, but as a disclaimer, I am 4 episodes in.

There is a lot that Cowboy Bebop is doing right. Obviously, the intro is one of them and I could go on about that forever but I’ll spare you. The next important thing this show got right is Spike Spiegel and Jet Black. Both John Cho and Mustafa Shakir are absolutely perfect for the role. (Here is my formal apology to John Cho for ever doubting his perfection.) The banter they have between them is wonderful and they really set the tone for the rest of the series. The first episode alone deals with a lot of things that we see throughout the rest of the Anime. Spike struggling with his past and Jet trying to move forward as best he can. They balance each other really well and Spike’s clear nonchalance about everything vs Jet’s by-the-book is what I really love about these two. I’m extremely happy with it. The next thing they do really well in this show is how campy it is. It feels like the anime. It has some not-so-great CGI that feels so intentional it doesn’t come across as “wow, that looks like crap” it comes across as “damn, I like this!” There is a lot of really great moments that highlight the pacing of this show too. The comedy sits well within the seriousness of everything the characters are dealing with. Let’s also not forget to mention how perfect the Bebop is and how they actually kept the smoking around. That’s a major aesthetic in the anime and I was worried they were going to remove it. Thankfully, they didn’t!

There is a lot that happens in the first episode and overall it does a great job of honoring the source material. The couple, Asimov and Katerina Solensan, exactly like they do in the anime and I love it. There were a few odd choices about this first episode, but I understand why they went the way they did. Overall, episode one really knocks it out of the park and I loved it. However, I have to admit…

I’m going to say it. I’m not a huge fan of Faye’s. At this moment in time at least (spoiler, by episode 3 I love her. Daniella Pineda is a badass). Something about her is off. I also really hate the way they introduce her. I’m not sure why they decided to go this route with her introduction, but I’m slightly biased towards the way we meet her in the original. I am assuming the thought process behind it was that they needed to introduce her early on, but they could have easily made episode two partially about introducing Ein and partially about introducing Faye. Sorry, I’m getting carried away but the first episode of CB really hits hard at how much of a hopeless romantic Spike is, and the reveal of Katerina’s secret breaks his heart so much more in the original. That’s my biggest qualm with episode one. 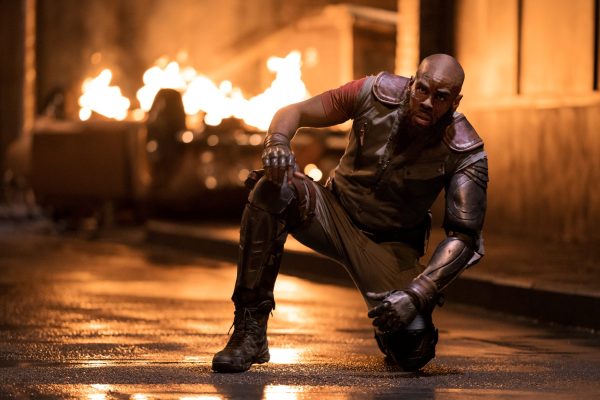 I’m a pretty big Cowboy Bebop fangirl, but I’m really happy with the adaptation so far. It’s ridiculous and fun while also being extremely campy with a side of seriousness. After just the first episode I wanted to watch every single one, so I definitely recommend this as a go! No matter your stance on the original, I highly recommend you just try it out. Whether you’re a fan of anime or space operas Cowboy Bebop definitely has something for you! See you, Space Cowboy.

What did you think of episode one? Let us know in the comments below!