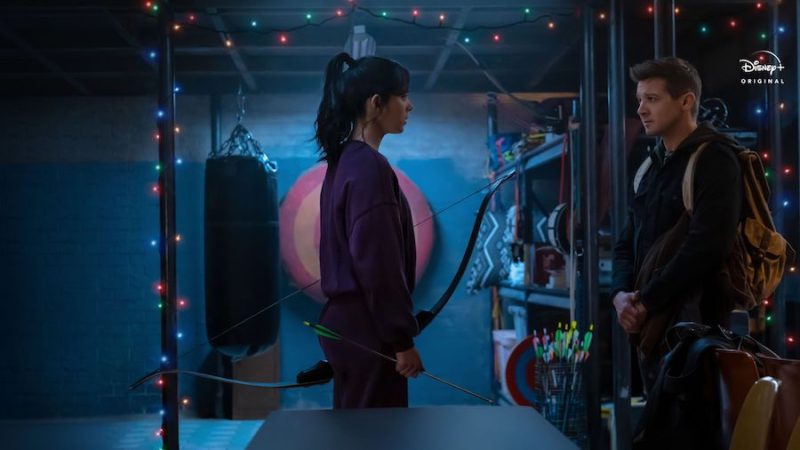 Hawkeye has been one of my most anticipated shows since they announced it a few years ago. It’s no secret that I am a massive fan of the source material. That being said, I had really high hopes for this one. Disney+ aired the first two episodes of Hawkeye on November 24th and being the superfan I am, I watched both as soon as I could. This go or no go review will be based on both of these episodes combined.

I felt like a kid on Christmas morning today. I have definitely been ecstatic about Hawkeye and this has been my most anticipated Marvel project in a long time. There was a lot about these two episodes that I really enjoyed, and some choices that I was not terribly fond of. I understand to make this series fit with the rest of the Marvel universe some changes needed to be made. I wonder how these changes will play out in the future because one of them was major. We’ll find out soon enough!

It was exciting to see the inclusion of some favorite characters and like BRO! The tracksuit mafia bro! I knew from the previews they were going to be in it, but I wasn’t sure how much screen time they’d actually get or if they were going to be as funny and awful as they are in the comic. I’m really happy with them and the way they are brought to the screen. I’ve been yelling “bro” a lot because I just did my (at this point annual) re-read of the comic so when they came on the screen I absolutely yelled “Bro!” It was great. Genuinely though, this show is pretty good so far. 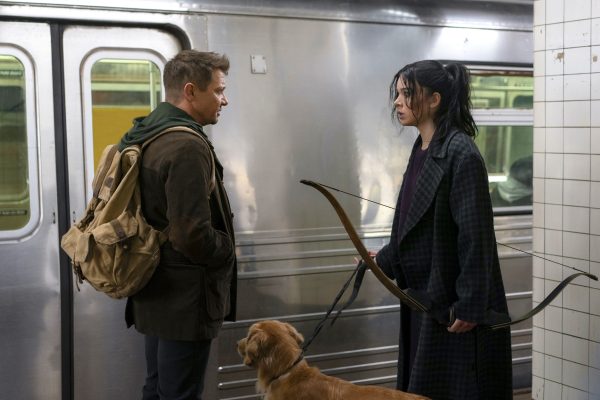 The decision of how they made Kate Bishop and Clint Barton meet was very interesting to me. I can’t say I am unhappy with it but I kind of love the mystery of the comics. The opening scene with Kate was a bit questionable for plot reasons, but it’s definitely answered later on why they went that direction. I love that they made her witness the events of New York firsthand, but also the aftermath was interesting. I’m trying not to spoil anything since this is a go or no go, but it’s tough. There will definitely be a series review at the end that will be completely spoiler-filled.

Now, Kate is awesome. Hailee Steinfeld is a great choice for her. I really like her so far and I think she really captures Kate’s attitude. There isn’t anything I dislike about her and I can’t wait to see how she grows in the role. Jeremy Renner is, as always, Hawkeye. I know he isn’t a lot of people’s favorites, but I actually like him. Hawkeye is gruff and has been through a lot, so of course, he’s going to play it like that. He’s a man of few words and they do a good job of making that the case in the show.

This is another situation where I’m really glad they released both episodes. I wasn’t too excited about the first episode and would have been really disappointed if that was all we got. I know there are only six episodes this season so that means we’re going to get more seasons, but again it seems like they have drastically changed things around. I’m curious what this new story is going to be, but if they keep up the great relationship that Kate and Clint have then it’ll be perfect. Also, let’s not forget, PIZZA DOG! I’m so happy they kept Pizza Dog/Lucky/Arrow because he’s such a huge part. Here’s hoping they do an episode from his perspective like the issue of the comic. That ending too! It explains why they chose the route they did and I’m excited to see where it goes from here.

After everything, I’m going to say this is a go! If you don’t know anything about the Avengers series this one might be a bit hard to get into, as it’s not really a stand-alone. If you’re a big Marvel person, this will definitely be a good addition to the mix. It’s nowhere near as good as Wanda Vision or Loki, yet, but I think it has the potential to get there. Try it out, you might like it!

Let us know what you thought in the comments below!