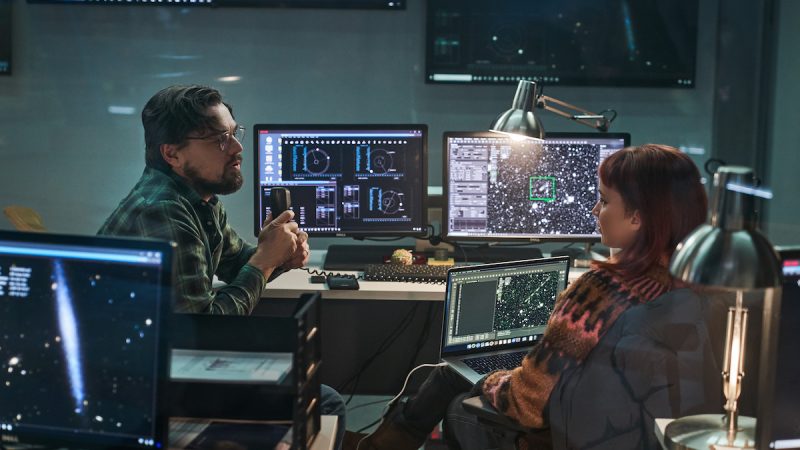 Honestly, 2021 films have been a depressing stream of dark themes that are not helping lighten up the mood going into 2022. Don’t Look Up decided to keep the dark theme and add a side of absurdity to it and the magic it makes is entertaining as much as it is scary. Here is a brief overview and trailer before we jump into the spoilers.

Kate Dibiasky (Jennifer Lawrence), an astronomy grad student, and her professor Dr. Randall Mindy (Leonardo DiCaprio) make an astounding discovery of a comet orbiting within the solar system. The problem — it’s on a direct collision course with Earth. The other problem? No one really seems to care. With only six months until the comet makes impact, managing the 24-hour news cycle and gaining the attention of the social media obsessed public before it’s too late proves shockingly comical — what will it take to get the world to just look up?!

If you thought 2020 or even 2021 was crazy, and couldn’t be summed up in 3 words, think again. Don’t Look Up are those three words. Netflix latest satire from director Adam McKay (“The Big Short”) doesn’t mince words when going after the social media, political and scientific community issues of our modern times. In this film, DiCaprio and Lawrence play a pair of scientists trying to coup with their latest discovery that could spell the end of the world. However, they find themselves in a surreal and often mind-twisting world of deniers, roadblocks, and flat-out nut jobs.

What makes Don’t Look Up all the more unsettling is the fact that it hits so close to home, you often wonder if you are watching the news or a movie. That’s both what makes it great and what makes it a bit much at the same time. McKay isn’t afraid to spell it out to you that we are in a world where social media ‘experts’ rule and science and facts are no longer facts. The political portions are a clear reference to the past administration and would be funnier if not sad and true to a T. What prevents the film from falling apart mid-stream with a sudden and abrupt change in story (you will know it when you see it), is the fact that it never stops attacking itself for the absurdity that is the denial of the facts that the world is in danger. So the mantra for the rest of the film is “Look Up” and “Don’t Look Up”. On the nose right? Cause if you Don’t Look Up then that makes the comet and the danger go away, right?

DiCaprio’s high-strung character at times feels way too forced and over the top when acting out his panic attacks, to the point of feeling like an SNL skit. Lawrence basically ended up as the crack-pot everyone wanted to pin their conspiracies to. However, when you bring the two of them together, along with an ensemble cast that includes Meryl Streep as the president and Jonah Hill as her son makes for an incredibly hysterical cast. The fun cast doesn’t stop there which includes Ron Pearlman and Timothée Chalamet (who apparently is in everything in 2021).

The film has a pretty decent soundtrack too with the main song “Just Look Up” featuring Ariana Grande and Kid Cudi who also appeared in the film. All in, Don’t Look Up’s funny moments are balanced well with the horrifying accuracy of the satire, while still understanding its making fun of itself as much as it is our 24/7 news cycle and social media. This is a smart take on the armageddon movie genre that doesn’t play dumb with its audience and focuses more on what we as a planet would do in a crisis and frankly, that scares me.

Don’t Look Up hits limited theaters on December 10th, with a Netflix release on December 24th. 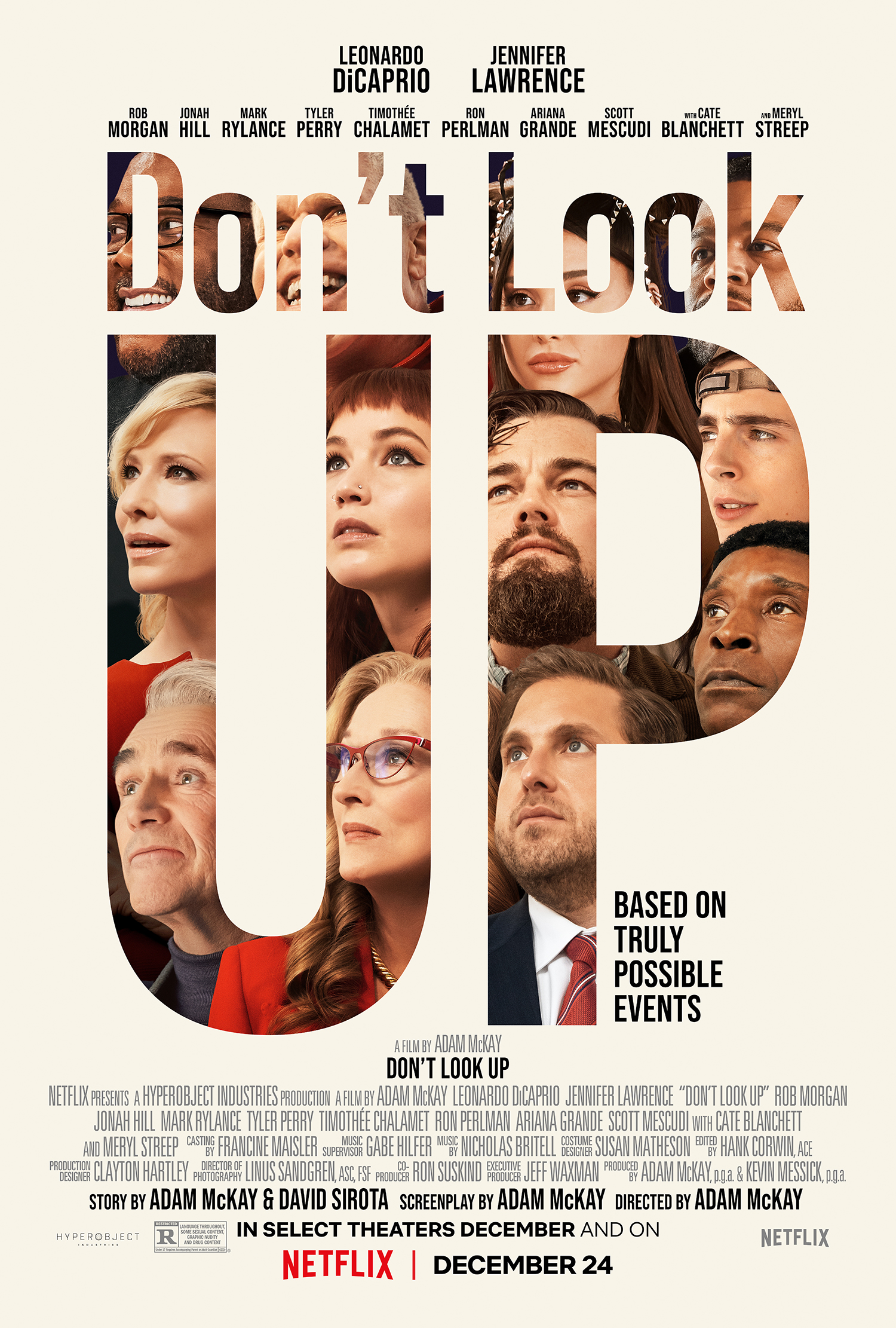