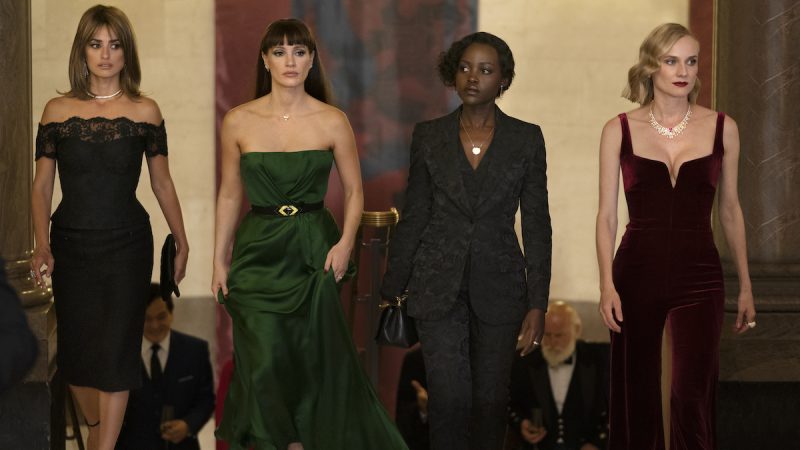 A dream team of formidable female stars come together in a hard-driving original approach to the globe-trotting espionage genre in The 355.

The 355 comes on the heels of more recently successful spy films not just in the traditional franchises, but some new ones too. The all-female cast of high-profile talent was not enough to escape the terrible dialog, predictable story plot, and social commentary. The movie tries too hard to be an all-female ‘Bond’ flick, while not even coming close to the fresh take that Red Notice took recently with Gal Gadot as one of the 3 main leads. Firstly though, let’s talk about the history of the term ‘The 355’.

During the American Revolution, the Culper Ring recruited what is believed to be the first undercover female spy to report back to George Washington with information on the British. ‘355’ was the code for ‘lady’ in the encrypted communications the Culper Ring used. Ultimately her intelligence leads to the exposure of Benedict Arnold’s betrayal. The film tries to invoke that with the all-female cast as a group of forgotten yet valuable and important group of international female spies who work behind the scenes to get shit done.

The plot of the film is severely over-done and widely predictable that, combined with terrible writing, lead to some very awkward scenes that just felt more like an SNL sketch than a spy thriller. So what I am really saying is the cast isn’t the issue here. The idea of a magic master key that breaks all encryption to take over the world is too generic. The villain had no goal beyond getting and using it. What was the motivation? Nothing beyond the superficial.

As the first movie I have reviewed this year, this is already on my list of ‘skip’ in theatres. At best, if you catch it on cable go and watch it. But in the world of trying to advance female-led spy dramas, take a cue from Netflix and go watch Red Notice instead. While the era of Daniel Craig and 007 is over and we await the new one, there are far better and more original stories out there.