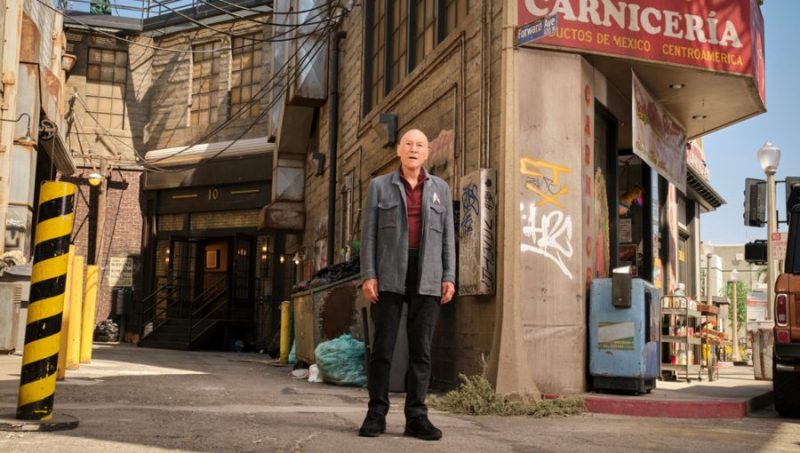 With his crew spread out all over Los Angeles, Jean-Luc Picard is somehow able to cut through the clutter and find “The Watcher,” who ostensibly is the key to helping repair the timeline and returning the Federation back to its rightful place, and kick the Confederation to the curb.

Fortunately, or perhaps surprisingly, after plenty of speculation about who the Watcher might be, a familiar face led the way to another familiar face. What was really enjoyable about this episode, titled “Watcher,” was that everyone is engaged in their own adventures within Los Angeles and continue to get an up-close look at some of the issues we are dealing with in the here and now.

The social commentary from episode 3 continued into episode 4 and I, for one, enjoyed it. It’s fun to see an honest look within the context of this sci-fi gem that kind of smacks you upside the head. It’s also an interesting exercise to speculate on what people from the future would say about some of these issues and how we handle them (or don’t handle them). 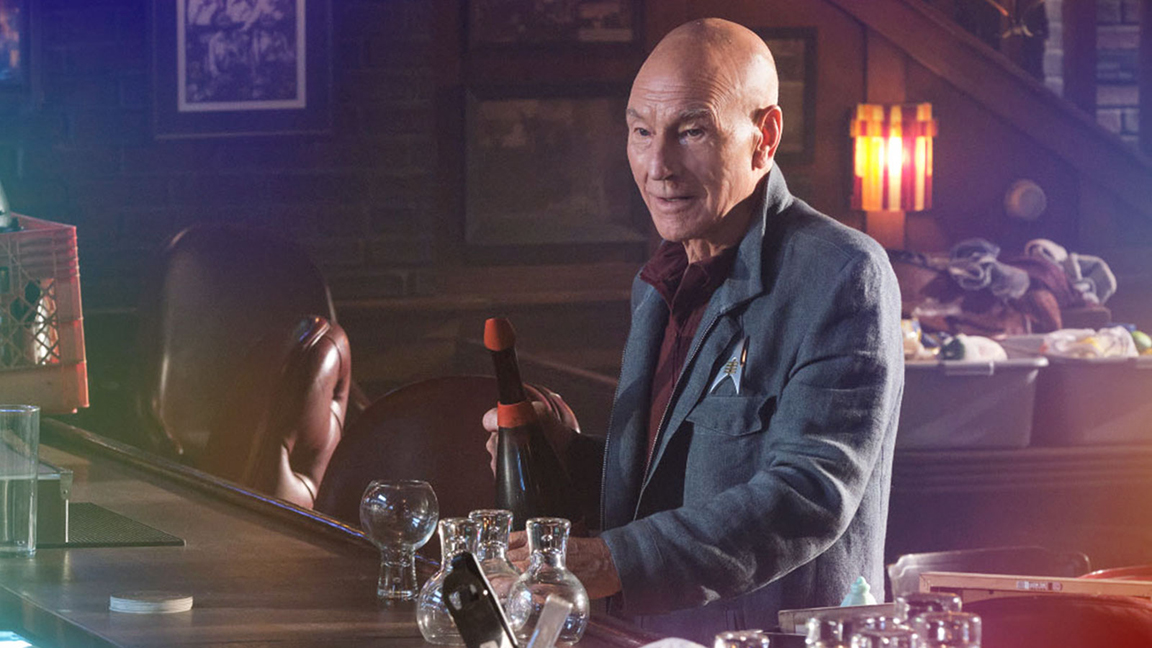 SPOILER ALER: Moving ahead, there will be spoilers. So if you don’t want to be spoiled, be cautious from here.

Let me get this point out there right off the bat – I love the work that Jeri Ryan and Michelle Hurd do together as Seven and Raffi. In their search for Rios, who is on the bus to deportation, or worse, our pair of former lovers, who seem to be up for a good squabble over the smallest things, give us a bus ride scene right out of Star Trek IV: The Voyage home. And yes, that’s THE Kirk Thatcher reprising his role, complete with spikey hair and a boom box turned up to 11 (It’s the same song as the 1986 movie, just redone).

In this iteration, there’s no Vulcan neck pinch, just a pissed off Raffi and stern Seven shutting him down a bit differently. It was a great throw-back moment, one of several in this episode that were funny and offered subtle context to their relationship and our world right here, right now. The truth is, there are a lot of nods, odes and references to past Trek and other shows. 12 Monkeys, anyone?

Along the way our dynamic duo deal with red tape, steal a police car, try to navigate the streets of Los Angeles to track down Rios, all while delivering snark and terror with Seven at the wheel. Hurd and Ryan are so well-suited to being a couple that clearly cares for each other, but also have some issues they need to resolve. Throw in Raffi’s mourning of Elnor and the picking at each other, the snide comments that have multiple meanings, it all just takes on a wonderfully entertaining tone.

In fact, there’s a bit of a buddy theme in this episode outside of Raffi and Seven. Rios is in the holding area awaiting deportation and it’s clear he and his female doctor from the clinic have a little magic going. She’s clearly tuned into him being more than he tells her and he’s intrigued by her deep desire to help those who fall through the cracks or are marginalized in 2024 America. 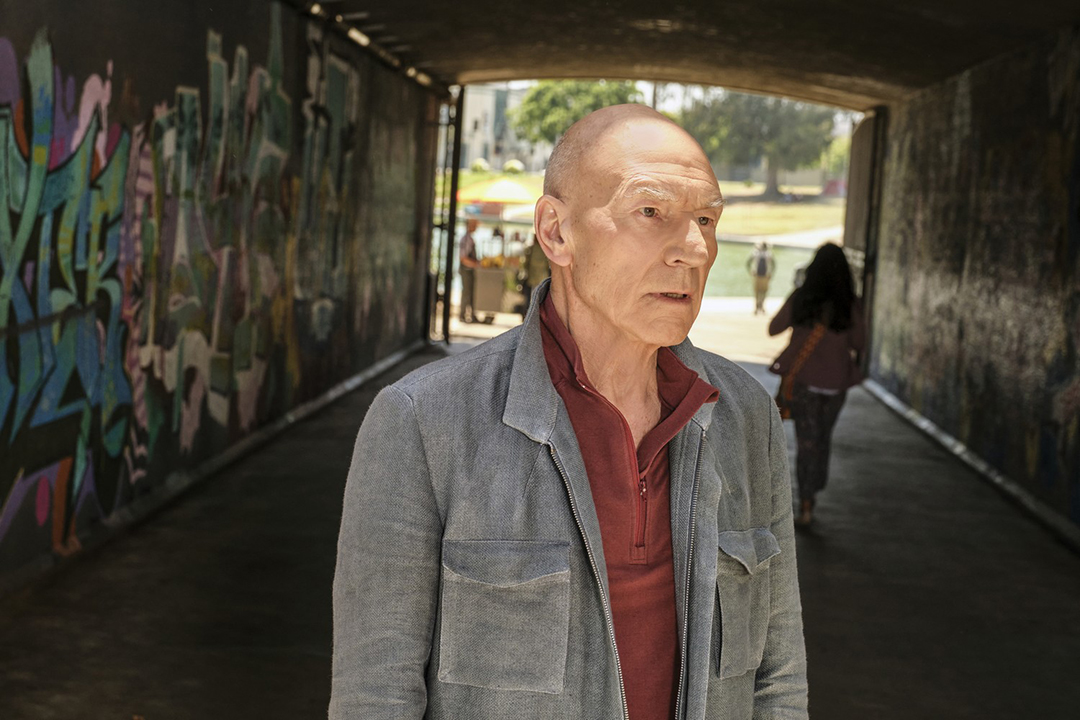 Rios clearly feels something he, perhaps, had decided to put away. And, he’s seeing this 2024 timeline as something new and kind of ugly. In short, his horizons are spreading out and the doctor is no small part of that. Though eventually separated, it feels right that these two should have some closure. It’s not just a romantic thing, either. They both find each other genuinely intriguing and that’s a powerfully attractive device.

Meanwhile, Jurati is recovering from her meld with the Borg queen, something that has left an impression on her, to say the least. The queen is clearly taken with Jurati and notes, in pretty accurate detail, some of the good doctor’s emotions and self-image issues that have left her struggling for relationships and friends. Again, their banter is intriguing because there’s a level of recruitment going on with the Borg. And Jurati feels some sort of call from the collective. Connectedness is not something she seems to have much of in life and so, it’s inviting, right? And yet, Jurait spots a vulnerability within the queen as well.

So there’s an unspoken, and perhaps confusing recognition on both their parts that each has something to offer the other outside of fixing the ship’s systems. I noted this relationship last week and again say that it bares keeping an eye on. No doubt the Borg queen is plotting some betrayal, but Jurati, as the queen has noted, isn’t as meek and weak as she often comes across. In fact, she can be subtly cruel at times and perhaps doesn’t even know it. Jurati has an edge, folks. 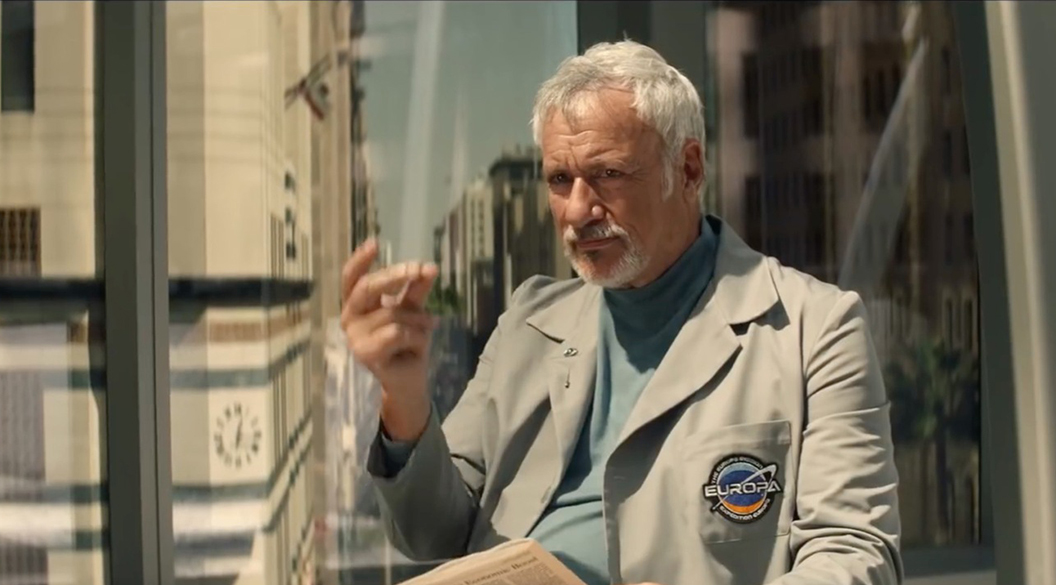 John de Lancie as Q discovers that his powers may be waning in episode 204 of Star Trek: Picard.

Amidst all this, Picard is wandering the street in search of the Watcher. There are some wonderful call-back moments to Star Trek’s past throughout the episode – a reference to Dixon Hill, the bus scene, and a 10 Forward clue that leads to Guinan, who has had it with earth’s inability to avoid the hate and hopelessness,  which she note simply changes its look from time to time. It’s another wonderful moment of looking at the here and now of America and Guinan’s despair and hopelessness regarding humankind is so right on. But Guinan isn’t the Watcher, but leads Picard to a meeting point.

And there, in all her radiant beauty, is the watcher – Laris. It looks as though Jean-Luc Picard is going to get a chance to, perhaps, confront his fear of intimacy with the woman who, in the future, he has a real calling to become intimate with. Again, I have a passion for the work of Orla Brady and enjoyed her dynamic with Picard in the future, so that would seem to indicate some interesting things going on. 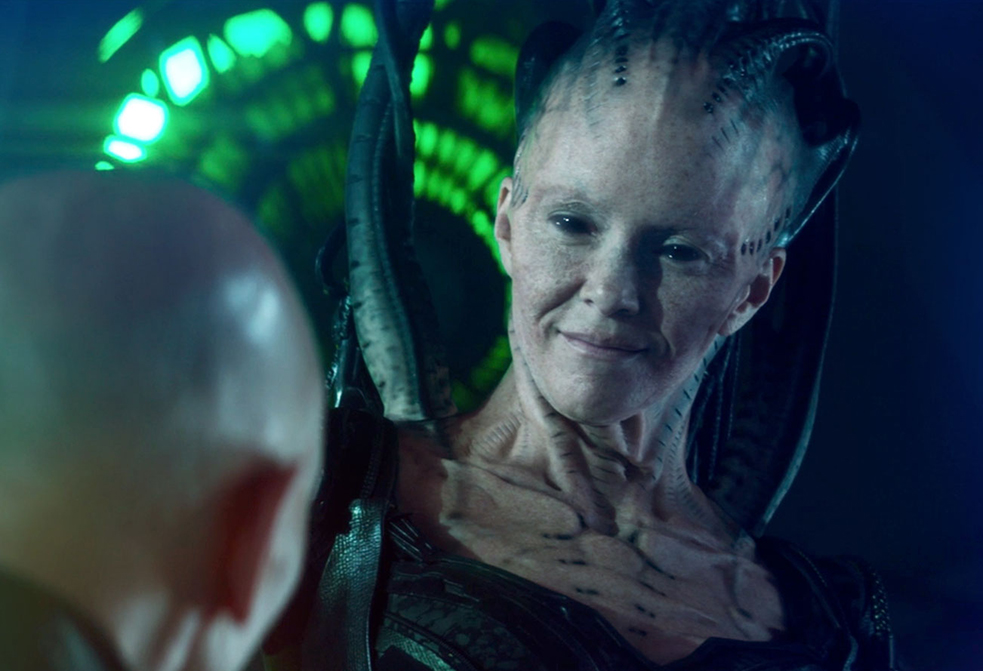 The Borg queen, what is she up to in episode 204 of Star Trek: PIcard?

Four episodes into season 2 and I think Star Trek: Picard is firing on all cylinders. I like the story, I like discovering the Q seems to be less Q-like than we, or he, would imagine. There’s a lot of introspection and self-examination underway throughout the episode and with our characters, something that Star Trek has never shied away from. I don’t feel like they are banging us over the head with it, but simply letting it float in the tide of the storytelling. I’ve enjoyed it thus far and now look forward to seeing if Laris is a help, hindrance or simply won’t get involved. And how Picard reacts to her.