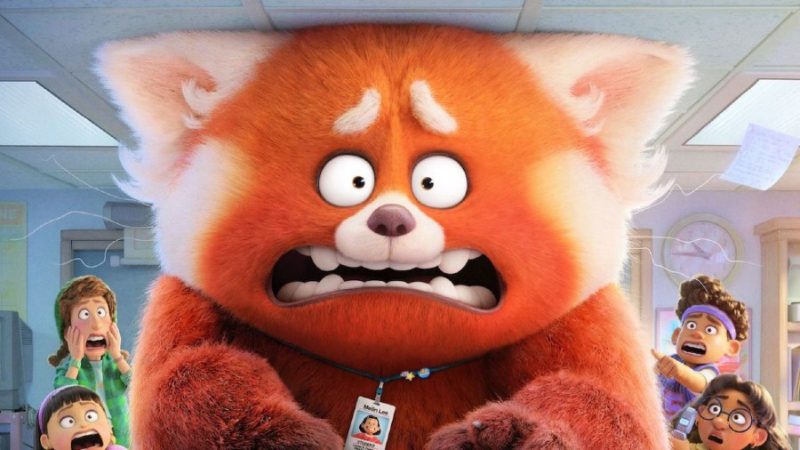 Disney/Pixar’s newest film Turning Red is an adorable coming-of-age film that pretty much sums up the experience of being a young girl in the early 2000s. And as someone who was a young girl in the early 2000s, I felt as though this was a fitting film for me to watch and review. A fair warning: there will be some discussion about typical coming-of-age female stuff, so if that makes you uncomfortable in any way turn back now and don’t watch this movie!

Going into this movie I really didn’t know what I was getting into. I had watched a preview a while ago and knew what it was about, but it wasn’t until a few days before that I realized two major things about it. The first major thing was that this was set in 2002. The second major thing was that it was a metaphor for a woman’s period and I admit I was stupid for not noticing that right away but whatever. So, of course, I was curious.

The way they handled the story is just perfect and it can be a fun watch for anyone because of the cute way they disguised the major metaphor. The exciting thing was that the director, Domee Shi, is a 33 year old woman and this story is so from the heart you can tell. I also just learned that this is the first solo-directed Pixar film in the studio’s history, so how freaking cool is that? 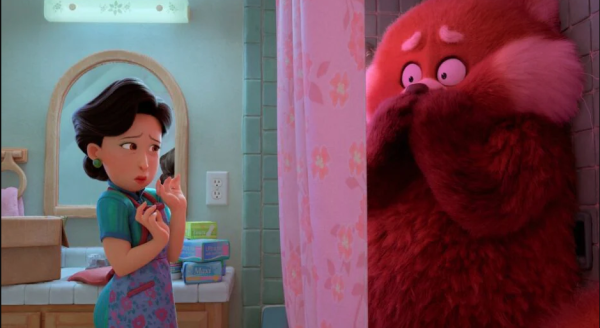 The Panda in the Room

*Slight spoilers* So, being a teenager in the early 2000s was an exciting and fun time to be a teenager. Meilin, or Mei, is 13 and just reaching the height of her adolescence. She wakes up one day feeling a little bit rebellious and then all in one fell swoop something changes. Suddenly, boys aren’t just pests and suddenly being the picture perfect daughter doesn’t seem to be as important to her. They absolutely nailed this moment. Like, one day you’re listening to the music and the next day you’re extremely obsessed with the lead singer (lookin’ at you Billie Joe Armstrong and Gerard Way). Things seem strange and then randomly your body isn’t your body anymore.

Mei wakes up as a giant red panda after some insanely traumatizing events happen (yikes, that scene hurt my soul so badly). She, of course, freaks out. Mom and dad are there to try to help, but every single thing mom does seems to be the worst possible thing that could ever happen. They think it’s her period so of course Mom is going through all the motions of explaining what does what and so on. Before this moment, Mei was the completely obedient daughter and only wanted to make her mom happy. Now, Mei wanted to get as far away as possible from her. The fact that the parents both are alive the entirety of this film makes me so happy by the way.

Mom suddenly seems threatening and everything she does is embarrassing. Of course, Ming (her mom) doesn’t make things better by the way that she’s acting. She shows up at schools and stalks Mei and then shouts that she has a pad for her in front of every single classmate Mei has. The secondhand embarrassment from this is awful. Thankfully, my mom never did anything remotely like this, the worst she did was telling my entire family about the fact I had gotten my first period on Christmas Eve (thanks, Mom, I love you and find this story hilarious now!).

There was so much story and depth to Turning Red. The thing that really gets me about the new direction Disney/Pixar is taking is that they’re not really making movies for children anymore. They’re making movies for all of the elder millennials out there. This demographic consists of childless millennials, Disney adults, and adults with children the right age of introductions to Disney theme parks. (Me, they’re targeting me. The girl whose left arm is full of Disney tattoos and plans fake and real trips to Disney parks for fun). This demographic was the ones who grew up with Pixar and loved everything from Toy Story to Inside Out to Luca. They knew exactly what type of film would hit the sweet spot and let me tell you, they were right.

They showed the tip of the iceberg of the struggles of growing up in a world that didn’t really understand us. We were in the weird spot where technology was just becoming a thing and we had to learn how to deal with the fact that suddenly everything we do was on display (as showcased by the grandma finding out what was happening thanks to the news). We all tried to make our parents understand us, but also didn’t want to disappoint so we kept some weird stuff quiet. I understand that this is something most teens go through, but my generation dealt with a lot of really weird and unique struggles thanks to world events and I think this highlighted that a bit too. 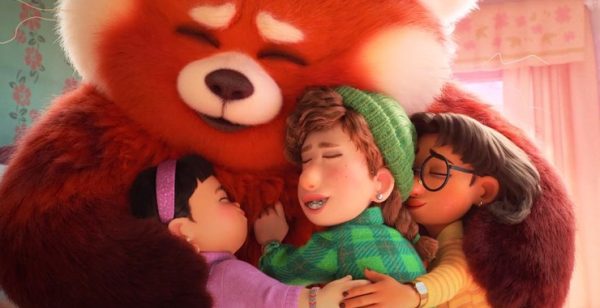 Each of the characters in Turning Red struggles with trying to find themselves and find their way  in the world. They do a great job of showing how alone and how together you could feel. This theme is the thread that spans through all generations and the mother/daughter relationships is the most highlighted theme. Of course, this is the point of the movie.

The struggles Mei and her mom have are something I’m sure every young girl with a mother figure in their lives can relate to. You want so badly to make her happy, but for some reason nothing you do is good enough and nothing she does is good enough. It’s a weird struggle and one that causes a lot of sadness. The anger and lashing out comes from somewhere deep within and you don’t understand why it’s there but you can’t stop it. For some reason, talking is out of the question and being a stupid teen means that the silent treatment and hiding away is the best option. Turning Red showcases that so perfectly and it brought so many feelings. This movie was really good and I highly recommend watching it if you can relate to any of this.

Ok. Sappy sad stuff aside. Let’s talk about the fun parts! The Tamagotchi, the boy band craze, the brick of a cell phone. QWERTY keyboards, camcorders, so much nostalgia. It was such a fun throwback and a great way for those of our generation to share with their kids to give them an idea of what life was like.

I loved every one of the characters. Mei was funny and quirky and had best friends that were funny and quirky just like her. The friends and the interactions felt like such classic Disney relationships from that era of Disney. The movie was fast-paced, entertaining, and cute. Mei as the panda was adorable and fluffy. Of course, the Pixar animation is at the top of its game. Turning Red is totally a fun trip down memory lane. Also, leave it to the dad to be the hilarious and necessary voice of reason!

Taking everything into consideration, I don’t think Turning Red is for everyone. It might fall flat for a lot of people, specifically the younger generation, and it might go over the heads of those who didn’t really experience this type of relationship. BUT I think it was funny enough and quirky enough that it hopefully hooks people of every single walk of life. I definitely recommend watching this movie and it’s available on Disney+ at no extra charge!

Check it out and let me know what you thought down in the comments below!